This tourist map will be full of history and beauty, the city of Buenos Aires is one of the most modern capitals of all South America. Our experts compiled in a hard work and with much temperance not to leave anything out, come with us and you will see the details of this city of which many of us are in love. You will know the best tourist sites, taking into account, history, economy, gastronomy and its hotel capacity. City considered by us one of the best metropolis of all America. If you are not excited, this article will make you change your mind once and for all.

Buenos Aires is the most populated city in the country, bordering the Rio de la Plata. In 2006 it was selected as the second city with the best quality of life in Latin America, only behind Montevideo. It is a cosmopolitan city, with great tourist destinations for its cuisine, fashion, art, history, but especially its culture. It is known as the Paris of America, for its European infrastructure as well as its colonies very marked by that continent. Its climate is humid subtropical, with an average annual temperature of sixteen degrees. When it rains more it is in summer, in winter it is more humid and cold. It was founded on February 2 or 3, 1536 and was refounded on June 11, 1580. It is divided into 15 communes and 48 neighborhoods. Its population is porteño or porteña respectively, in its foundation it was first called; Real de Nuestra Señora Santa María del Buen Ayre. 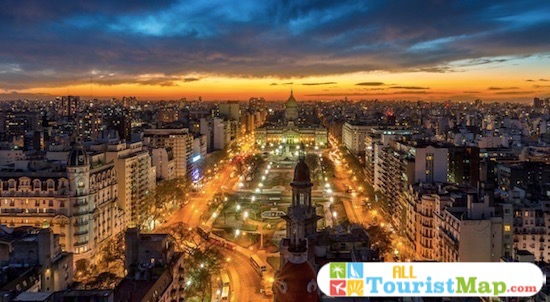 The Historical Center of Buenos Aires is in the adjacencies of the Plaza de Mayo, it is necessary to emphasize that it is the social and political center of Buenos Aires. The Plaza de Mayo is the place where people express their different states of mind, from celebrations to social demands and protests. Montserrat is the official name of the neighborhood. It has approximately 2.579.551 inhabitants, while its metropolitan area the Great Buenos Aires has 14.554.783 inhabitants, historical neighborhoods, diverse museums, are one of the main and more extraordinary destinations of the city of Buenos Aires, without a doubt it is one of the most important metropolis of the continent, it is advisable one hundred percent to emigrate. There has always been the myth that Argentines, especially the “porteños”, are not very nice, but the truth is that the “porteños” have what they call a gift of people. We encourage you to visit the city when you can.

The best tourist sites you will find in this guide, taking you to the best places to visit, where particularly highlight museums, Plaza de Mayo, the neighborhood the mouth, the Colon Theatre, the Japanese garden, the obelisk of Buenos Aires, Park 3 February. Variety abounds in the city, both for the family and for those who want adventure in a masterful city, the metropolitan cathedral of Buenos Aires. We also highlight the sports culture and the wide love for football, something that porteños have in their blood. The Colon Theatre is considered one of the five best theatres in the world along with the Paris Theatre and others. Another more cultural destination is the La Moca neighborhood.

What to visit in Buenos Aires 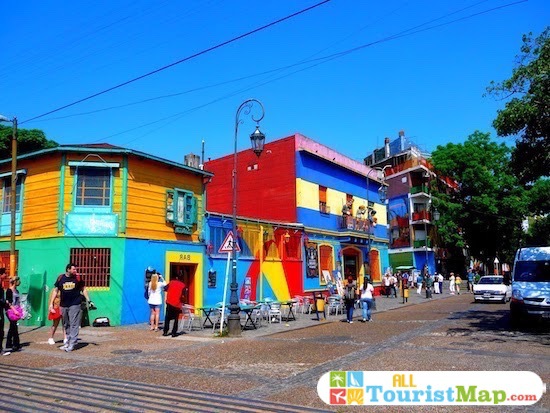 Its name is due to the fact that it is located at the mouth of the Rio de la Plata, of course, because it houses the stadium of the Boca Juniors athletic club. It is a neighborhood where its culture, its painted walls, and its expression with the tango can be seen. If you go to this neighborhood, you should not miss visiting the bombonera as it is known, they say that the stadium moves with the jumps of the fans. Others say that it moves literally but it is because of the horrible construction of this stadium, in short, it is a destination that you should visit. 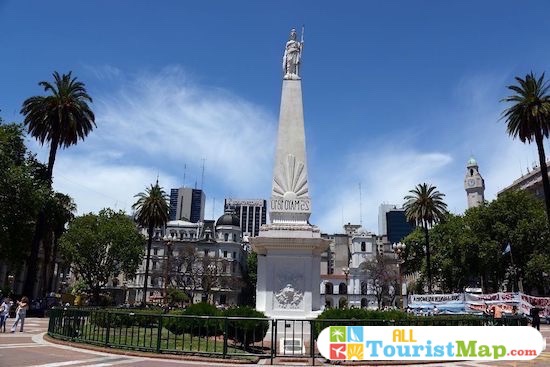 It is undoubtedly the most important square in Buenos Aires and in the country. It was created next to the city in 1580. In that era it was named Plaza Grande or Plaza Mayor and it housed merchants and vendors. The Plaza de Mayo witnessed many historical struggles in Argentina, such as the English invasion in 1806 and the May Revolution in 1810.

This square at the end of the 19th century underwent several reforms. In 1955, when they were trying to overthrow the democratic government of Perón, it was bombed. In the Plaza many marches and demonstrations took place, the most striking was the one created by the Mothers of the Plaza de Mayo, they still march every Thursday looking for justice for the 30,000 disappeared in the past dictatorship. Many demonstrations were counteracted, such as in 2001 on December 20, which culminated in the deaths of people and the resignation of President Fernando de la Rúa. 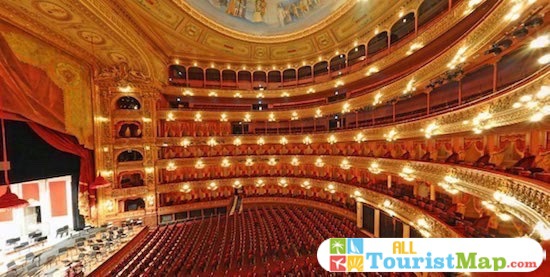 The Columbus Theatre’s main act is the opera. Due to its size and trajectory, it has been named one of the five best in the world. It is said of a consultation made by experienced in acoustics that made them to outstanding international directors of orchestra and opera, the Colon Theatre has the room with the best acoustics for opera and the second best for concerts in the world. It is compared with the most renowned theatres, such as the Metropolitan Opera House in New York, the so-called State Opera in Vienna, the Royal Opera House in Covent Garden, London and the Paris Opera, is an index of certainty of consecration for those who perform there, and a place you have to visit if you are an opera lover. The Colón has always been a place longed for by the public and the most renowned artists, and it is also home to the Stable Orchestra, the Stable Choir, the Stable Ballet of the Colón Theatre and the Buenos Aires Philharmonic Orchestra. The Theatre’s Experimentation Centre, the Higher Arts Institute, with its Orchestra, the children and its choir, and the Colón Contemporary programme also operate from its base. It is a seasonal theatre that renews its programme annually, not a repertory theatre. It is also a theater of cultures and productions that have been created by him, you have classes that will help you specialize in opera or ballet 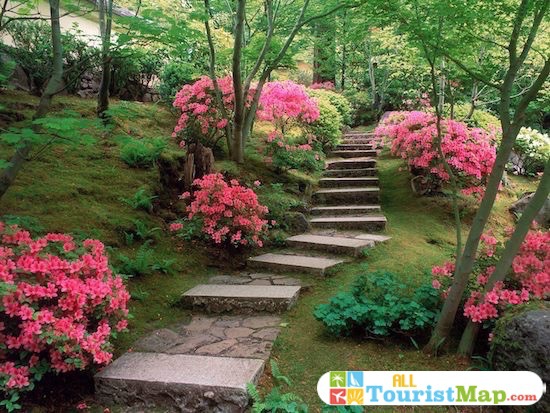 Located in the Tres de Febrero Park, this garden was built with contributions and effort from the Japanese community in 1967, as a testimony of the first visit to Argentina by a member of the Japanese Imperial Family. It is a representative emblem of the relationship that exists between Argentina and Japan, and contains one of the most beautiful fauna of the country, from wild flowers to medicinal plants. 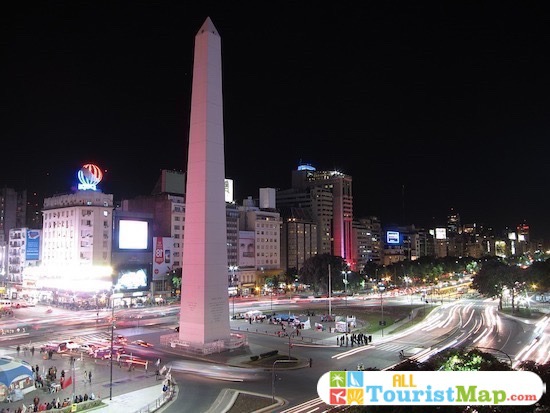 It is considered an icon and historical monument of the city, built in 1936, located on 9 de Julio Avenue, is one of the most visited places in this region for having a beautiful facade that just by seeing it you are astonished, its height is 67.5 meters, has a single and wide door on its front.

It is called like the forest of Palermo, is a diversity of parks that stand out for their lakes, rose garden and groves, you make a bike ride through the adjacencies of the park, or enjoy a spectacular boat ride through its three man-made lakes, the park is known for the striking of its trees that, it is worth noting abound, in this park also many various recreational and cultural activities for both students and visitors, located at Avenida Infanta Isabel 410, you can make picnic with your friends and family is allowed to sleep.

It is the main catholic center of Argentina is located in Buenos Aires neighborhood of San Nicolas, long before forming this infrastructure was located a construction of wall and wood, is located in front of Plaza de Mayo, at the intersection of Rivadavia Avenue and San Martin Street, the Metropolitan Cathedral is the headquarters of the Catholic Church in Argentina. It is worth mentioning that, in case it is located in a key area of the City of Buenos Aires, it keeps a long history of ups and downs in its construction.

The present building is the sixth construction made in this place since the City of Buenos Aires was founded again. In 1593, its first construction was an adobe chapel. From that moment until this time, there were in this place several different buildings, those mentioned had to be rebuilt by fires, floods, the poor quality of materials and defects in its structure. The final construction began in 1752 under the baton of the Italian architect Antonio Masella and ended in 1852, although its decoration was only finished in 1911. Its final structure is neoclassical and has a style rarely used by cathedrals, giving it a closer resemblance to a temple in Greece than to the popular Catholic building. The French Prospero Catelin and Pedro Benoit made the structures, the 12 columns symbolizing the twelve disciples of Christ, all in 1822. The interior has naves, chapels on the sides and a transept that is located under a stunning dome that reaches 41 meters in height.

Another important detail is the embellishment with ornaments of its front, made in 1860 by the French sculptor Joseph Dubourdieu, author of the figure that is at the top of the Pyramid of May, which made the bas-relief of the frontispiece, representing the meeting of Jacob with Joseph his son in Egypt. Finally, the architect Henry reformed a side wing to give space to the monument of St. Martin, the general, is made by the former sculptor Albert Ernest, in 1887. All the paintings of the Via Crucis are made by the Italian Francesco Domenighini, and were previously in the Church of Pilar. The high altar is in the middle as the most outstanding point of the center. In 1942, the Metropolitan Cathedral was named a National Historic Monument and is considered one of the most important architectural works of the Colonial era.

Map of Hotels in Buenos Aires

When choosing a hotel in Buenos Aires we want to offer you the most exclusive, this hotel map brings you the best of the best, the Buenos Aires Crillon is the number one in relation to quality-price compared to a great variety of hotels, it has for example; Wi-Fi, free breakfast, offers. Another hotel with similar characteristics is the Hotel Bys Palermo, four stars, has; Room service, Business Center with Internet access, Meeting rooms, Breakfast included, Dry cleaning, Concierge, Banquet room, Staff that speaks several languages, Laundry service, Conference rooms.

Video of Buenos Aires, the most impressive tourist destinations