Don’t be fooled by the size of the Principality of Andorra. That it is a country smaller than Madrid and that its population is only 2.5% of this city, does not diminish at all the wonderful attractions that Andorra has to offer. Hidden in the majestic Pyrenean mountain range between Spain and France, it is a nation full of beautiful tourist sites, interesting activities and an ancient history that welcomes its inhabitants in both summer and winter. In fact, tourism is the industry par excellence of this micro-state, unknown and poor until the middle of the twentieth century but now holds the honor of being one of the countries with the highest quality of life.

Nature was generous with the area in which Andorra is located. Its Mediterranean climate and high mountain oceanic allows locals and strangers to enjoy pleasant temperatures almost all year round, which hover between 10 º and 25 º C for several months. In December, the low temperatures, around -2.5ºC, are used for winter sports on the country’s white peaks. However, in autumn the rains are usually abundant and are present in almost all the season. Another natural wonder of Andorra is its leafy forests of pines, oaks and holm oaks that occupy two fifths of its territory. 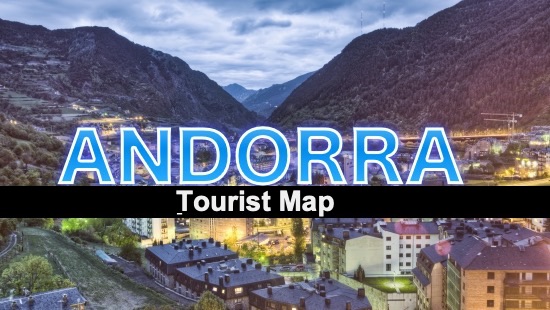 Another interesting fact about Andorra is its culture of Catalan origin. The origin of its population, its language, music, dance and other cultural manifestations come from the tradition of Catalonia. For this reason, Andorra has made a significant contribution to preserving Catalan heritage. Spanish, French and Portuguese are also spoken in Andorra. The latter two languages are spoken only by small minorities. However, Andorra is much older and its historical roots go back to the early Middle Ages. Although there are legends that point to Charlemagne as the founder of the city in gratitude for his fight against the Moors, but in reality, historical documents indicate that it was created by the Carolingian emperor, Charles the Bald. As early as the 13th century, a pact of co-governance was signed that initiated the principality of Andorra: a government between the bishop of Urgel and the head of the French government. This form of government survives to this day.

Although it is not part of the European Union, its strategic position between Spain and France and its small size, in fact uses the euro for its transactions. Although its status as a tax haven has significantly diminished, thanks to international pressures, it still possesses few taxes with respect to the countries that surround it. Despite all its attractions, the Principality of Andorra is practically unknown to the rest of the European community, as the 10 million tourists who visit it annually come mainly from Spain and France. For this reason, we present some events and places of tourist interest that make Andorra an excellent country to visit.

Andorran nature is marked by its mountains and forests. In fact, it has three natural parks, one of which, the Madriu-Perafita-Claror valley, was declared a World Heritage Site by UNESCO and covers some 40,000 hectares, where animals as curious and majestic as bears, wolves, wild horses and golden eagles, as well as vultures, foxes and lizards, live. However, it is not the only natural park, there are also the Valle de Sorteny and Valles del Comapedrosa.