Going to Osaka should not only be for reasons of curiosity about its theme park like the Universal Studios Japanese version. Make sense of your visit to the second largest city in Japan because of the millenary identity that it shows through its reconstructed sites and that despite its uncorrupted history, it has merely historical places with a post-modern touch, and that are mixed with areas of a futuristic society, which never happened. It is an ideal place to go shopping and to admire the city from the heights. Many of the visitors hear marvels about its gastronomy and its famous bay, for a wide but concrete reference we filtered the most endearing and curious in this Osaka tourist map, for guidance purposes, and to motivate you to discover the beauty of western Japan.

This city is located in western Japan near Kyoto, competing with Tokyo and Yokohama in the top 3 of the most important cities by number of inhabitants. It has a wonderful bay bathed by the mouth of the Yoko River, which millions of tourists dream of visiting, especially for the recreational atmosphere it offers; its main attractions are the Osaka Aquarium and Tempozan Ferris Wheel. In ancient times it was called Naniwa and it has always stood out for its port and merchant activity. It has an area limited to about 222 square kilometers, but it is a powerful region that accumulates several places that personify the reunification of Japan with places like Osaka Castle. It’s a city in constant economic growth and one of the prints that settle that power is the Ubeda Sky Biulding; as corporate as tourism. 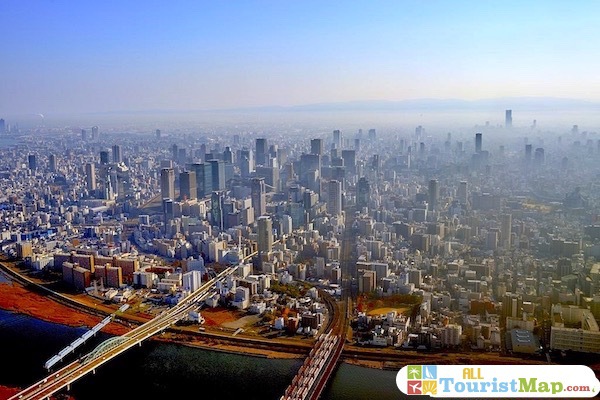 Osaka on the other hand shows its spiritual side with important temples, housing here the pioneer in the introduction of Buddhism, which would soon adopt the nation as an official doctrine along with the traditional ones. The lively example of this is expressed in the Shitenno Ji which, like many cultural and religious buildings in Japan, are mere reconstructions, eager to preserve its millenary culture. Culture and traditions are experienced in its galleries and museums. This time we want, taking advantage of the characteristic of this city of giving to know singular places, that by its retro-futurist concept gives us one of the most curious forms to experience that Japan advanced in the time. You will have the opportunity to visit Dotonbori with its innumerable neon signs or Sinshekai, place where the famous Tsutenkaku tower is located.

We must be aware that beyond our tastes and preferences, and with an immense thirst for the unknown, embracing everything endearing cannot be done in one day. You may even get to know two or three places at most, since each tourist site has so much to offer that getting lost in the details would make time relatively short. You will definitely need more than one day if you want to get to know this city thoroughly. And for no reason in the world can you ignore in that list what awaits you in a walk around its bay. That is why we invite you to follow our selected routes and places in this Osaka tourist guide. Use this orientation tool to understand, choose and get to explore each of its charming places.

What to see in Osaka 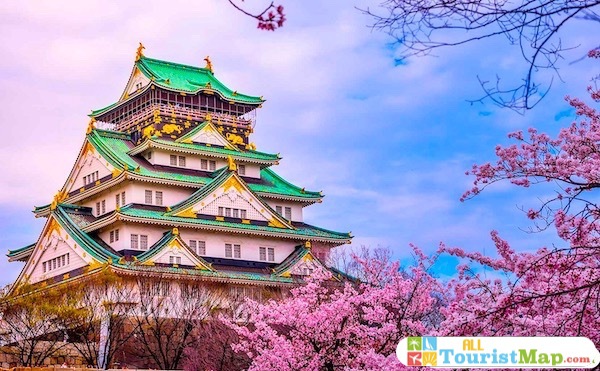 Enjoy a beautiful 16th century castle, which was commissioned by the feudal lord Toyotomi Hideyoshi to become the symbol of the unification of a Japan divided by clans and beset by constant civil wars. As was the case in most castles, it was attacked by enemy troops and casualties on several occasions. Its last reconstruction was in 1931; it has miraculously survived the bombings of World War II. Although outside it seems to have 5 levels in its tower is actually 8 distributed internally, decorated with modern details. When you go up in his elevator you can have a museum room one floor dedicated to the cult of Toyotomi. Take a walk through its gardens and visit its tea house. At night the image of the tower acquires a different but impressive facet thanks to the play of light. 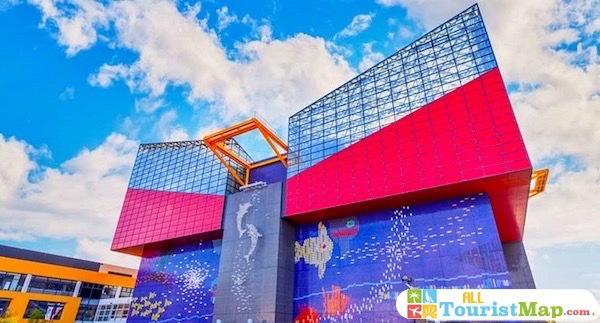 There are several maritime scenarios, reproductions of different seas of the world. One of the most beautiful in Japan, highlighting among its great collection of species a large whale shark. Its theme emphasizes the so-called Pacific Ocean of Fire. Don’t expect the typical aquarium where dolphins and seals make striking shows, here they try to recreate the natural habitat of the species in 14 ponds, according to the conditions of each region. Enjoy a transition to this aquatic world through its Aquagate tunnel. From species of the dangerous Amazonian rivers, to sea lions, passing through numerous invertebrates; the idea is to take an organized tour where you can get to know the face of life in each environment of this mysterious world. Of course, with new interactive devices and other attractions, the tours are offered in 4 languages. 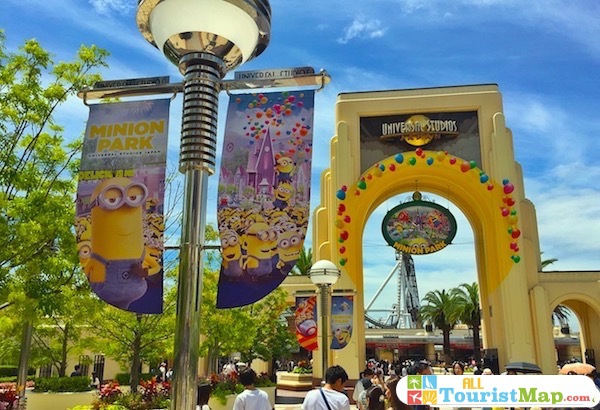 The content of this famous theme park is related to the best it can offer in efficiency and Japanese infrastructure to give you a full day of great fun. As you know, you don’t have to be in Orlando to enjoy the wonderful world of Universal. Even this particular one gets a very good score; so much so that you must be vigilant and anticipate your tickets due to the high demand. The world of Harry Potter, the adventures of Spider-Man, Jurassic Park, and fun with the curious Minions are just some of the many characters waiting for you to recreate your visit. There are several ticket modalities, having full-day passes and express tickets, thought to adjust your itinerary and choose a specific environment if you like. 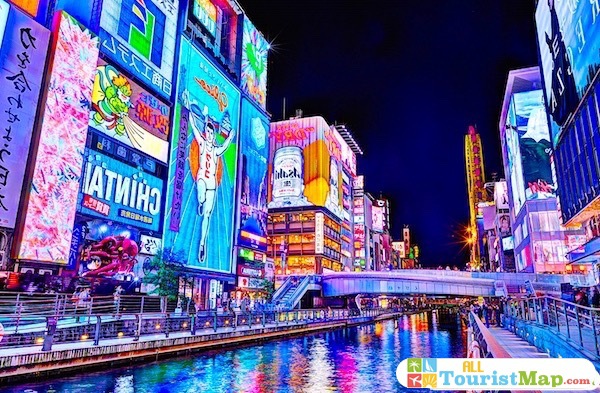 A waste of lights, which saturate the attention of those who pass through this commercial district. Famous throughout the city, it awaits you to pull into a large number of restaurants and places to have fun. It is remarkable that, in spite of its small size, it has become one of the most popular tourist destinations in the city. Close to the canal and bridge of the same name it has many entertainment options. We can highlight automated puppet theaters, as well as traditional Japanese theaters called Kabuki. Its streets are always crowded, especially at night, where neon becomes the visual fuel. Fuse with the energy of thousands of visitors who come to have a great time on Den Town electronic street. It’s a kind of futuristic core in the best style of old movies. Don’t forget to see the famous Glico poster, the emblem of the town. 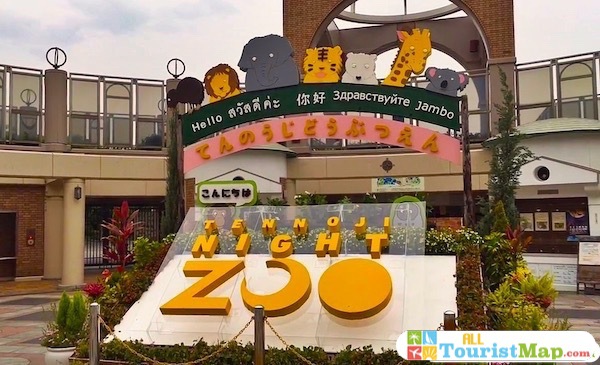 This interesting zoo groups numerous species of animals from the Asian and African region which you can use to learn a little more about the wonderful animal kingdom. It comprises a vast current collection of over 1,000 specimens. For a little more than 100 years it has served as a wildlife diffuser. The recreation of their natural landscapes allows them to live in a controlled environment where they can satisfy their needs. Enter Ifar, where you can see what an environment copied in the likeness of the natural environment of snakes looks like. Interact with their monkeys, their hippo, cats and species brought from Oceania such as kiwis and koalas, in a safe environment. You can find out what time these animals feed to be present. If you wish you can take a walk in the adjacent garden of the same name which is nearby. 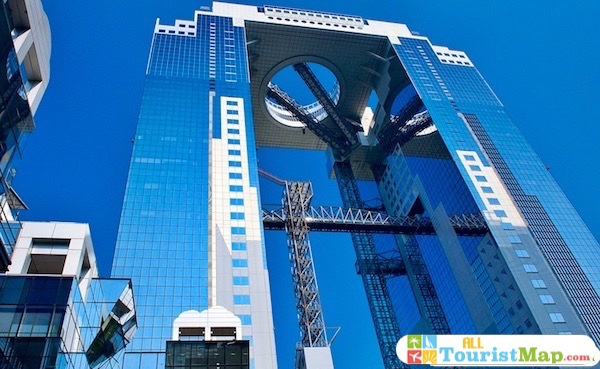 This skyscraper is one of the most important in the city. It is a smaller version of the one in Tokyo, keeping its twin-tower structure and function as a financial center. You will have the opportunity to appreciate interesting environments that will take you away from the bustle of this city in constant movement. In the basement, with a Japanese 20th century design, you will have access to shops and restaurants. But if you have any problems with heights, you should save your food and drink for last. When you go up the elevator that will take you over 30 floors, you can reach a suspension bridge that links the two towers to show you an extreme perspective of the city. You will even find a floating garden, something almost unreal. The experience you’ll have is to float at a certain height, best when the evening sun bathes the horizon in cuttlefish.

It is known as the counterpart to the Eiffel Tower in Tokyo. At the beginning of the 20th century it became the tallest tower in all of Asia. It had the destiny of many buildings in the middle of the Second World War; because of its steel, its dismantling was imminent for the construction of armaments and ammunitions. The neighborhood that surrounds it is known as Shishekai and it expanded when this tower managed to rise again in the middle of the 50’s. It has a futuristic look but it is old-fashioned, meaning it emulates the utopian atmosphere of a metropolis. In it you can take a walk and visit its most charming corners before climbing the more than 60 meters high tower. Access its viewpoints if you are a fan of panoramic views, not without first touching the feet of the deity Biriken, to attract good fortune. 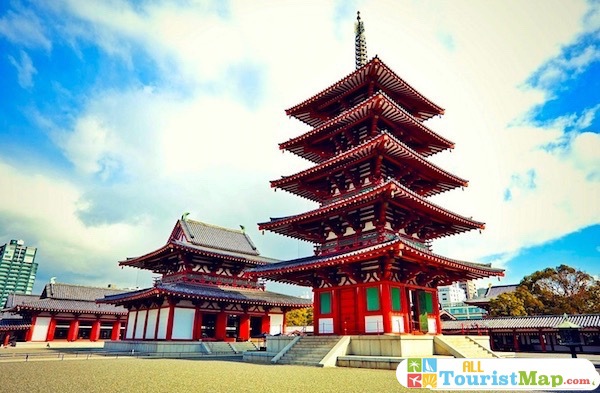 This temple, is the oldest you will find in Japan representing the Buddhist doctrine. The introduction of this philosophical and spiritual branch was given by Prince Shokotu Taishi. At the end of the 6th century, he dedicated the temple to 4 Buddhist entities that keep away bad energies. All this is a tribute to the mercy granted during the battles fought by his hosts at the time. It should be noted that the structures are relatively new; because of fires and modern wars they did not escape destruction and dismantling. There are several buildings that make up this spiritual enclosure but there are three that you should pay attention to. They are practically the ones that concentrate all the treasures that testify more than a thousand years of history of Japan: the pagoda, and the Kodo and Kondo pavilions to which you must pay entrance fees. 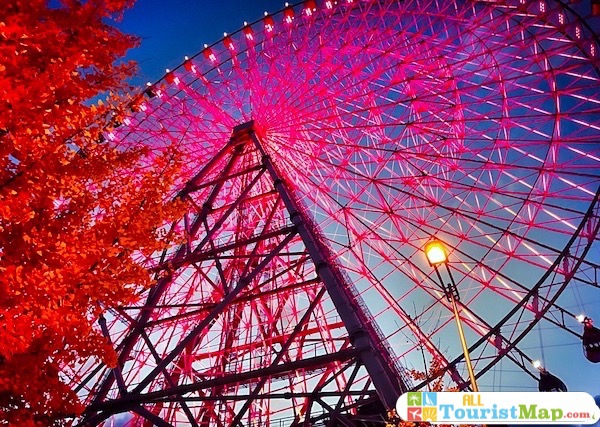 In Osaka Bay there are several charming places from which you can mark out a coastal route. Among them is its magnificent aquarium, but no itinerary would be well planned if you didn’t include this colossal wheel, about 100 meters in diameter, in your list. Perhaps the best option to contemplate the city from the heights. Movement that offers the viewer different perspectives of the surroundings says it all. It has the particularity of indicating the weather forecast based on the colours of its night-time light game. Its surroundings make up a theme park with the Noria as its flag. It has a gastronomic marketplace, integrating local ingredients, and a small mountain of about 4 meters high; the smallest registered in Japan. For only 800 yen you can buy tickets and receive directions for the proper use of its facilities.

You may want to consider Osaka’s distant relationship with Kyoto for common sleeping accommodations. But as we said above, Osaka has a charm all its own and requires your special attention. Anyway, staying here would be great because of its incessant nighttime activity. Neighborhoods like Dotonbori offer you somewhat utopian options within the retro-futurist theme. It also helps you to stick to your list of places to visit. Among the many places to choose from we find Cross Hotel Osaka, in a quiet area but very close to the nightlife of our Dotonbori neighborhood. It has a gastronomic area with a glass floor ideal for eating with the lights of the city as a starry floor. Likewise you will have a lot of options depending on your plans in the following map of hotels in Osaka.

Video of the most impressive places in Osaka