In northeastern Japan a thriving city stands out in the Tohoku district as a land of legendary samurai families and history related to the reunification of Japan. So a little history would be the centerpiece of tourism. But wait! Of course Sendai has a lot more to offer, with an attractive nightlife you can walk between neighborhoods of a utopian future, and with it a lot of mechanical attractions, sports and of course, festivals. That city considered as the capital of the forest, is the one we have to show you in this tourist map of Sendai. It is a clear example of economic progress, and also an excellent gastronomic reference. It is its modern culture, which together with the new tendencies gets along well with its feudal history. All this is waiting for you, so make Sendai your next stop.

Sendai is important in both the history and modern life of Japan. As the largest city in the Tohoku region, it is also the gateway for Buddhism to the archipelago. With more than a million people, it has been able to rise quickly from recent calamities such as the earthquake of 2011. It is practically dedicated to the service sector and is an important road link in northeastern Japan, so the economy is booming in this regard. It also has a university spirit where technological development is discussed. Its surroundings are a mixture of plains with high reliefs, most of them inactive volcanic areas that have important sources of thermal waters, which of course are used for therapeutic tourism. Many people are attracted by its famous Gyuntan dish; succulent preparation of beef tongue. 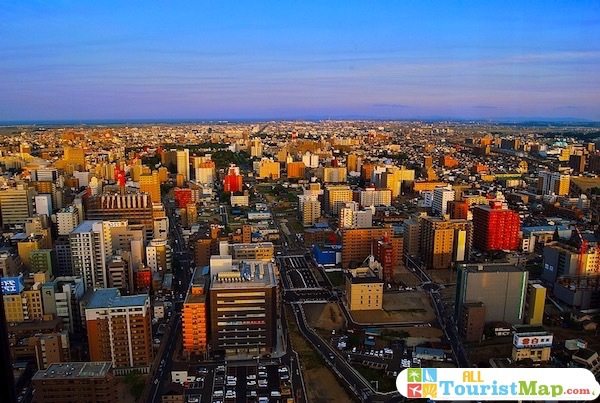 On the other hand and of greater importance it is considered a stately land, land of great feudal men of the Masamune family, where the Samurai Daté has contributed more than any other in the culture and history of the old ages of the old Japan. If we want to learn about this illustrious character, we can take a tour of places like Osaki Hachumangu, where it seems that the tribute to the deities is made to worship the lineage of this noble warrior and his family, followed by the Zuihoden Mausoleum and the Sendai City Museum. Sendai is also well known for its educational and exciting attractions such as the 3M Sendai City Science Museum with its thematic areas, the Astronomical Observatory or the Umino-Mori Aquarium. For an afternoon of total entertainment you can walk through Michinoku Park or Yagiyama Benyland.

A city you can get a full tour of from Tokyo if you take the train. If you like you will also have some options not as far away from the city as the Spring Valley Izumikogen Ski Area. Many people find out about this great city and take the opportunity to escape to it and enjoy the best it has to offer, but the feeling of living the city to the full would make more sense if you come for a couple of days. Experience the excitement of each of the most popular sites we have prepared in our Sendai tourist guide. Curiosities, fun, history of samurai and as always the mysticism underlying every corner of Japan, and science with an irreverent touch of technology await you.

What to see in Sendai 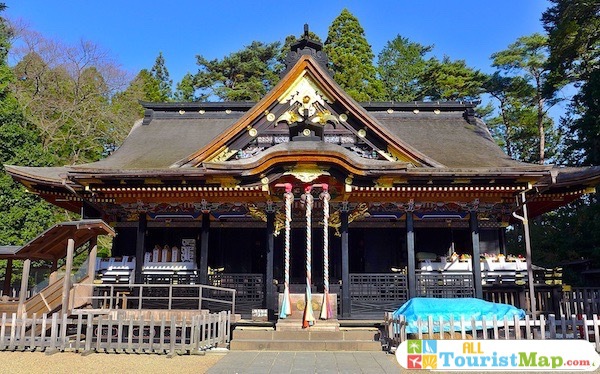 It is a peculiar sanctuary that can be accessed by car or on a public route in a northeasterly direction. Its construction dates back to the 16th century thanks to the financial sponsorship of the feudal Lord and Samurai Daté Masamune. The sanctuary consists of a group of buildings curiously clad with “urushi” on the outside; a lacquering technique of refined artistic finishes, only used on statues of deities and jewels. It has been considered an important national monument since the middle of the 20th century. The Shinto cult of this sacred place is based on deities related to the imperial Osaki family. It is also dedicated to members of the construction of feudal Japan such as farmers, fishermen and warriors. It is customary to offer a money offering before praying, but being alien to this practice considers that noble action as a fee for the maintenance of this majestic historical and sacred place 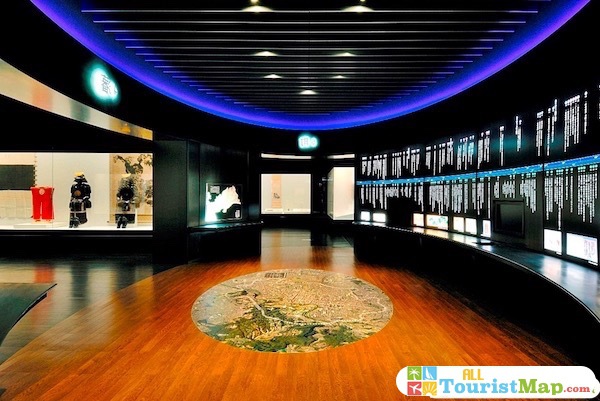 This museum was built in a wing of the ruins of the old Aoba Castle. The material on display there is merely a projection of the material heritage that the family from which the samurai Daté Masamune came has been able to accumulate. It currently shares space with the Aobayama Park. As the seasons go by, the contents of its collection, which totals around 90,000 decorative, documentary and wartime pieces, considered the main elements of its permanent collection, are usually rotated. As for its itinerary of temporary exhibitions it is necessary to be informed, as soon as possible through its website. Among the most outstanding elements are the armor of the Samurai Daté himself and interpretations of the Edo periods and the combatant states. You can learn about the family members sent to Europe to meet King Philip III. 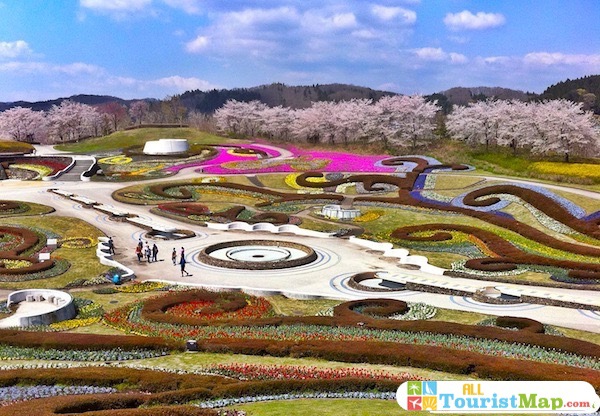 If you are looking for some outdoor recreation then Michinoku Park is the ideal place to have a picnic, breathe some fresh air, and practice some sport or walk. It is a huge park by extension and understanding of its beauty characterized by the massive numbers formed by different types of flowers of various sizes. Their colors acquire a peculiar characteristic according to the season. Therefore, it is easy to understand why the locals take it as the ideal place for rest and romantic appointments. Who said that we cannot handle nature at our whim in order to adapt it to patterns that play with our senses? Besides being a relaxing place, it is a visual stimulator that makes us appreciate nature in a special way. Bring your favorite companions to enjoy it. 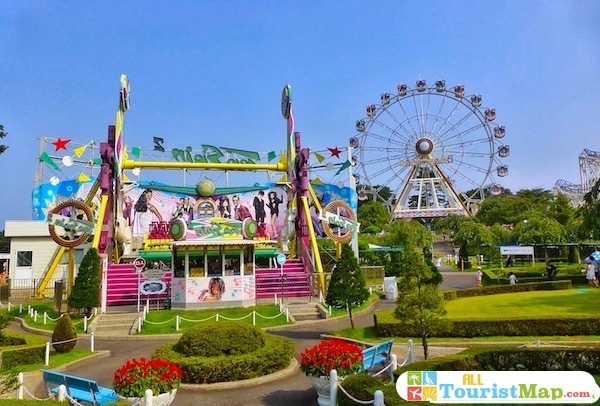 Without leaving the metropolitan area, you can find this fabulous amusement park with more than thirty devices to have a great time. You can easily take a bus or the subway from Sendai to access this place that is located in the middle of Yaguiyama hill. Near the park there is also a zoo; this is the positive thing about choosing this city for a walk with the family. This park is one of the places that gives color and flavor to those walks that make us so happy. Many people frequent it for New Year’s Eve. The winter scenery is imposed with a thin layer of snow on his castle giving it a fantasy touch. You can also enjoy it during autumn, and by riding its huge wheel you can thank Sendai for this gift from the heights. 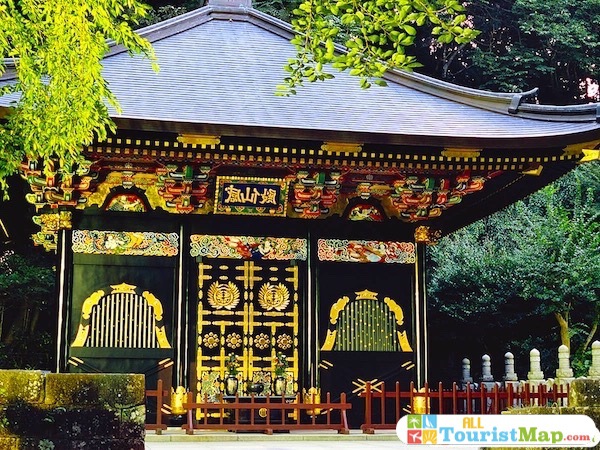 This is the resting place of the most important feudal character in the history of Sendai, Daté Masamune, who formed a powerful family in the Edo period, and before his departure from the physical world he gave orders to establish this monumental jewel as his eternal home. Apart from the area, there are some minor tombs, represented by direct members of his family. The design of this mausoleum is composed by an explosion of vibrant colors that define diverse forms carved in wood. This facade represents an artistic style belonging to the Momoyama period. Around it are beautiful cedars, upright figures that are associated with the lineage of this historical character. The museum next door has several elements of his life and family; it includes samples of hair and bones. For 550 yen you can get access every day of the year except New Year’s Day. 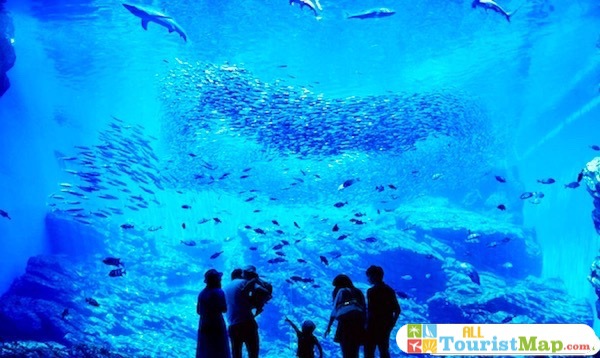 The Sendai Umino-Mori Aquarium solves a day out with the family. Specially for children who are looking for this kind of educational adventure of and much nature. It is located in the eastern part of the city, in the middle of the sea port. This is an area known for its industrial and commercial spirit, which has been taking shape with attractions like this. Hardly open to the public, it has become one of the must-see places. There are numerous marine species housed in about a hundred tanks. Enjoy it with playful dolphins that perform a pirouette show. Interaction is also vital in this park thanks to species with sea lions and penguins. As far as fish is concerned, it is understood that there is a population of 50 thousand members divided into 300 species that can be easily found in the area. 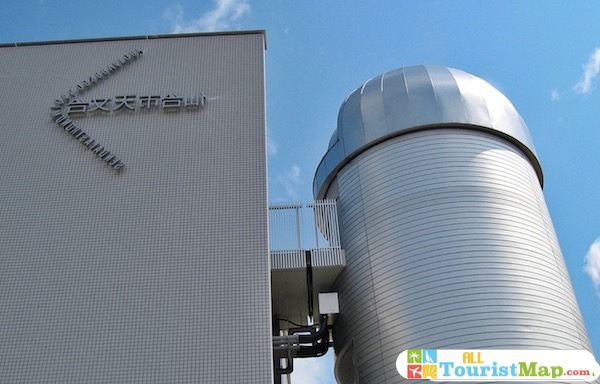 The sky and the bodies beyond our reach that surround it are the object of our fascination. Nothing better than a good observatory like Sendai to take advantage of all it has to show you. Choose integral tickets to access its galleries and planetarium or do it separately. What is important is that you do not miss the opportunity to attend this visual spectacle of the starry sky on a Saturday night thanks to its advanced telescope known as Hitomi. It is a pleasant moment next to the infinite and a relaxing music surround. As always Japan at the technological forefront also has the Cassegrain telescope. Of remarkable power that even the stars can be seen in the light of a clear day. Pay attention to their galleries that project our solar system, with interactive elements have prepared for you and yours. 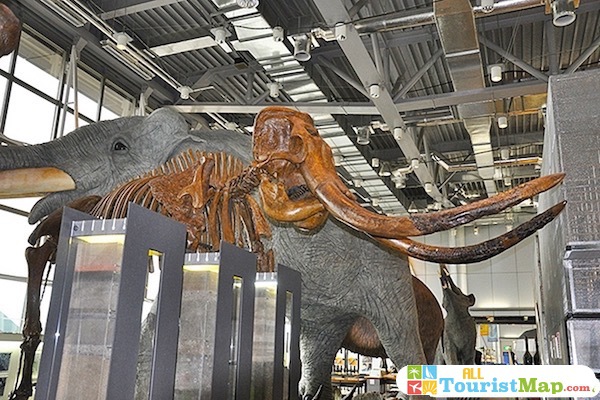 Dainohara is a splendid place full of tree life, and next to it is this museum with different themes. There are several rooms that explain the generalities of the sciences with the best methods of interpretation. It brings you closer to the experiments, phenomena and specimens in a way that you can interact, create and learn. It has a whole room for natural history, which separates by areas of the global geography those traces of prehistoric animals, minerals and representations of the evolution of different forms of life on earth and the environment. It also has a wing dedicated to science and engineering development, where you can interact and participate in experiences that led to the invention of artifacts that changed our lives. It also offers play rooms, ideal for entertaining children while they learn, as well as a beautiful green space outside. 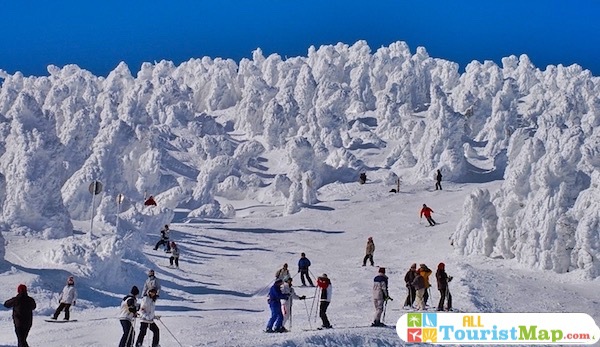 Mount Izumigatake surprises on clear days as a majestic snowy peak background in the city of Sendai. If you are a lover of adventure on the snow you should go to Izumikogen Valley. This is the place where skiers and snowboarding lovers gather to drain the adrenaline during a 5-kilometer tour of enabled tracks, which is accessed through various types of lifts. Feeling the thrill of sliding at great speed from heights ranging between 600 and 900 meters above sea level depends on the distance and the degree of difficulty you wish to adapt. It is important to point out that the higher you are the more experienced you should be. The important thing is that you choose a good guide for this exciting snowy adventure. The facilities include a ski school, equipment rental, information center and recreational places for minors.

Sendai has good options for accommodation, despite being a city with many inhabitants and urban centres. The areas with the highest concentration of places like the ruins of the old Aoba Castle have good hotels in their surroundings. You can use this information to define an intelligent route during the days you plan to spend in the city. Take into account according to our notes what you want to prioritize; support everything with the best locations that we offer in our hotel map in Sendai. Hotel Metropolitan Sendai is what we are talking about, a place close to the best attractions in the city. With modern and elegant bedrooms, terrace with swimming pools included, kettle, and minibar.

Video of the most impressive places in Sendai