Experiencing oriental culture in its ceremonies, even in the very behavior of its people is possible next to the technology that floods every corner of Japan’s capital. This city is one of the most advanced in the world. Its model of society is a proof that the past and the future can be embraced, and be shown to our eyes. A trip to Japan means a lot of knowledge to acquire and many impressive places to discover. We are sure that everything related to the Japanese, the Zen gardens, the temples, the sake, the fish and the technology will not be seen in such a concentration as in this city, the most important one, and in the traditional it is comparable with the old and imperial Kyoto. Get ready to discover the most spectacular things you can get to know with this tourist map of Tokyo.

Despite being known as Tokyo City, it has been described as the capital. The entire police, financial, administrative, social and cultural structure of Japan is based on it. It is one of the most populated cities in the world. It houses more than 13 million people in an area of just over 2 thousand square kilometers divided into neighborhoods and districts. It is a city that resisted well the ravages of nature and turbulent history on several occasions, as if they were cycles of ups and downs in the existence of its society. In spite of everything it is incredible to conceive that the foundation of this city goes back to the 15th century. It was not until the 19th century that the nobility and the empire moved to this city, which became the capital. 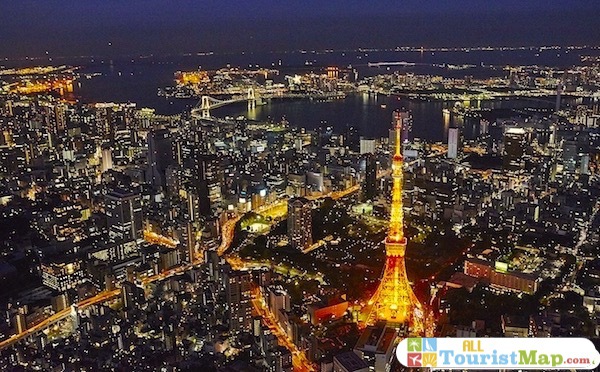 It has continental and insular regions of which you can visit many places. The experience of visiting Tokyo includes how impressive it is to cross a street where massively 3,000 souls converge in urban choreographic ritual at the famous Shibuya crossing. If we want to discover everything about the traditional and spiritual Japan there are a lot of temples where you can know part of their religion and local deities. There is a great amount of Buddhist pagodas, since this current was deeply rooted turning an original touch. You will have the opportunity to taste some of the spiritual Japan at Meiji temple and Sensoji shrine. Tokyo impresses with its skyscrapers and spatial layout even though millions of people live in such a small space. Therefore a look from the top of the metropolitan government building will leave you with your mouth open.

Tradition, and avant-garde urbanism. We would lack all that we understand by futuristic Japan; its technological advances that simplify life through gadgets. This is what attracts the most attention, so Akihabara would be an ideal option to know what is revolutionizing the world of technology. Tokyo, as a disseminator of art and culture, can also offer you a repertoire of events that rescues the most representative of the old and the new. It even offers innovative formats that project new trends and ways of feeling the work of artists like the Mori Biulding Digital Art Museum. To discover what all this is about, we invite you to continue reading everything we have prepared in this Tokyo tourist guide. You will learn to move more easily once you discover in this post what is behind their most representative sites.

What to see in Tokyo 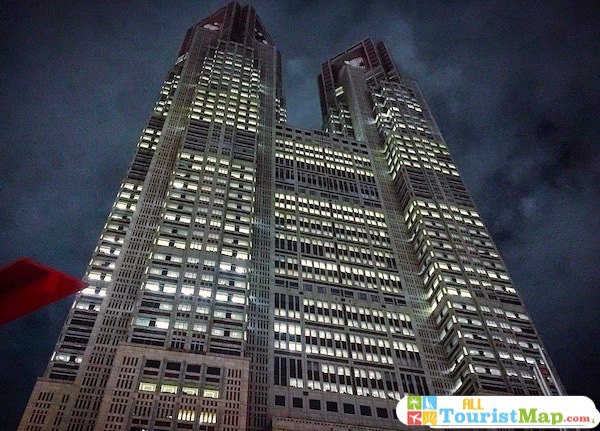 It is the seat of the government assembly and an office park. With all that, it is one of the most recommended places to visit. It consists of two twin towers that by the end of the last decade occupied the first place among the highest buildings in the world. What is striking about this place are its floors where you can get a beautiful panoramic view and observe all the majestic progression of streets and buildings of Tokyo. It is a visual privilege at more than 200 meters high. Many take advantage of its schedule, which closes at 11 pm to capture the best skyline in the city. You will be able to see Shinjuku more clearly, the area with the most commercial activity, and best of all, its entrance is completely free. 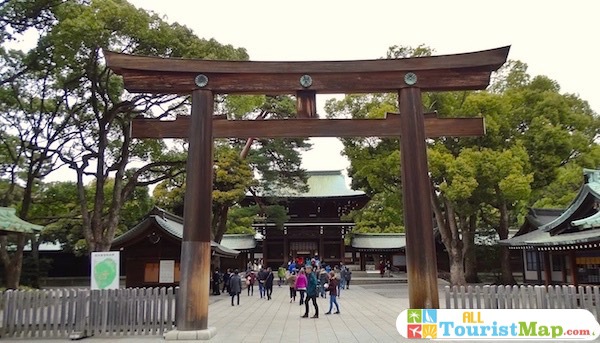 This park is ideal to contemplate the daily life of the Japanese who frequent it as a place to clear the noise and routine of the city. There is nothing better than a moment in which couples kiss, friends hug and give their pets a taste of that ice cream they sell in the surroundings. It is a very important park because since its creation it became an army training camp. Today it is mainly composed of two environments; one is a plant area and the other is provided with sports facilities. Even urban tribes like the rockabillys frequent it to pass the time. It is home to the famous Meiji shrine which draws crowds on New Year’s Eve and is even the epicenter of traditional festivals. 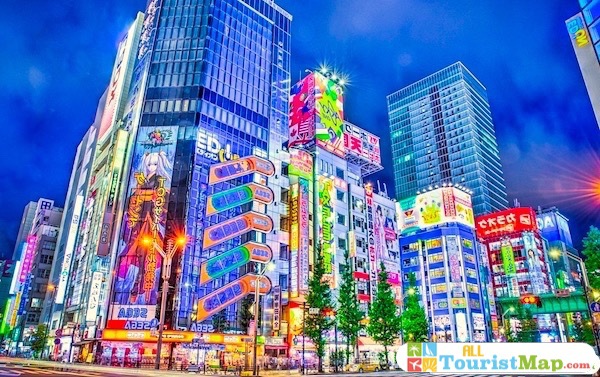 When you travel to Japan you always leave with the illusion of being able to acquire the latest technology. The best gadgets, software and other things can be purchased in this, Japan’s most technological neighborhood. There are a lot of malls to go through that technological jungle that hooks us so much. Their shops do their best to attract your attention with their marketing. Make sure you don’t spend all your time as the proposal is not limited to this. Akihabara is distributed in different streets, for specific tastes. The further you go into the store the more you will notice an obsessive cult of technology. Ideal for geeks, it is also ideal for otakus since it is considered the cradle of manga, clothing and costumes related to your favorite characters. An endless number of comics of those popular animes of this subculture can be found in this place. 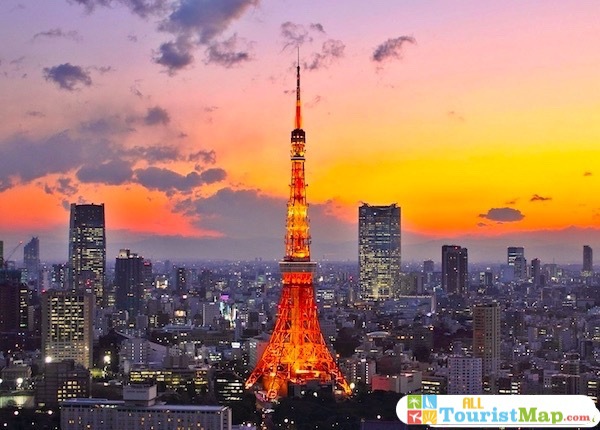 The symbol of progress and the rise of Japan and its society after the Second World War. It’s a huge structure built in the second half of the 1950s. It’s very similar to the Eiffel Tower in Paris, but a little taller. It is located in the heart of Tokyo and is the best place for the views of the miniature plane that actually projects its glass floors. This occurs in its first observatory, considered the main one, in the first 150 meters of ascent. It’s a good time to test yourself if you have any phobia about heights, so let the moment flow with a good selfie. On the other hand its second observatory above gives you a challenging perspective of the city and the surroundings. 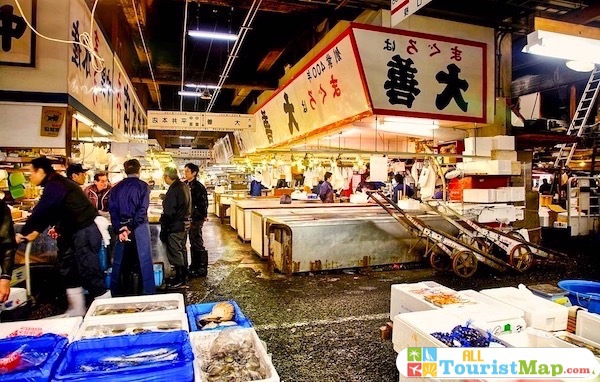 Don’t miss this famous fish market. Here you will see, besides the freshness and variety of marine species, shows of big cuts, as well as tuna auctions. We are talking about the ‘largest fish market in the world. The commercial tradition of seafood has been carried on in this market for about 80 years. Today all this is taking a higher leap by moving everything to the new Toyosu market. Larger than Tsukiji, it promises to throw the house out the window with its walkways and gazebos. Soon tourists will be able to admire the activities without being able to hinder the work of the professionals. It also promises a theme of marine gastronomy, under this atmosphere of fish market of course. It’s an excellent opportunity for a day of adventure among thousands of tourists to walk around Tsukiji while Toyosu finishes.

We had already mentioned that this beautiful shrine; is a meeting point of Shinto believers, and that it was located in the wooded area of Yoyogi Park. It is enough to go through its huge torii, made of the wood of a millenary cypress. Located in a thick forest, it lends itself to various shows such as dances, theater and musical performances. The temple was built in honor of the emperor and empress Meiji, specifically a lily garden that they used to frequent. Inside, there is a place of worship for the souls of the imperial couple, considered to be deities, as well as a museum where you can browse objects related to their daily lives. Well, we have to go deeper into that part where he becomes a cultural promoter. Its exterior wing has access to the sports facilities of Yoyogi Park; an excellent combination to get rid of a hectic day. 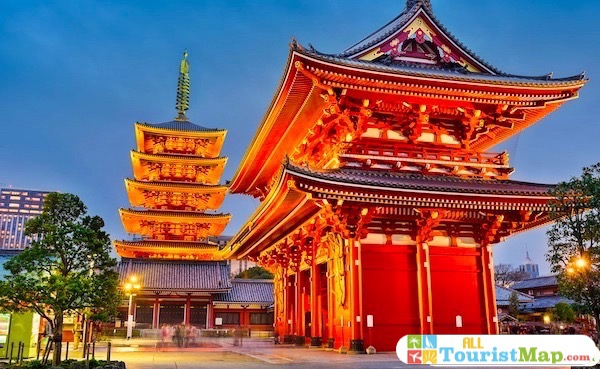 It is an imposing temple dedicated to the worship of the Japanese deity Kannon, who represents mercy. It is of old date, approximately in century VII when accidentally it is in the place an image of the deity by some fishermen. They ended up building the temple to worship him and preach to the community. Such was the acceptance that it obtained with time improvements. There was a clear expansion in its structure that ended up in this beautiful temple and today you can visit on your way through the Asakusa neighborhood. In its interior numerous stays lodge altars dedicated to different gods like Rajin and Fujin; deities that govern the thunder and the wind respectively. It has the traditional Japanese gardens decorated with figures carved in stone, standing out in them Deboin. Several buildings are reconstructions since the original ones were destroyed during the American bombings. 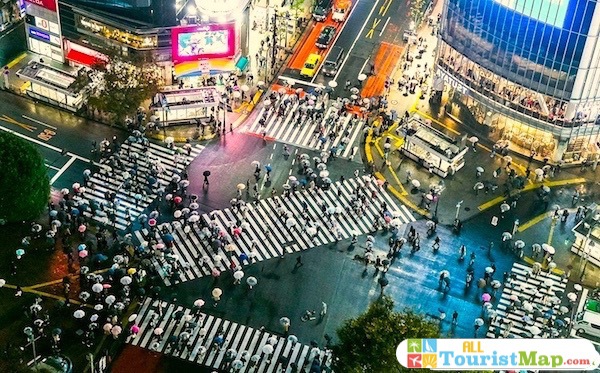 It is the most famous pedestrian crossing in the world, taking into account the crowd that practically crosses its path. Scramble style is taken as the basis for many movies and animations. As if it were an Orwellian scene, when changing the light of the traffic light about 3,000 people can come to transit this crossing at the same time. People coming and going from any direction in a temporal synchrony that presumes an urban dance. It’s an experience you can be a part of if you’re in Tokyo. The curious fact of going through it is that, despite the great influx of people, this scene that lasts a few seconds takes place in a paradoxical silence. Take this opportunity to document this moment with a good photo and a good timelapse with your video camera. 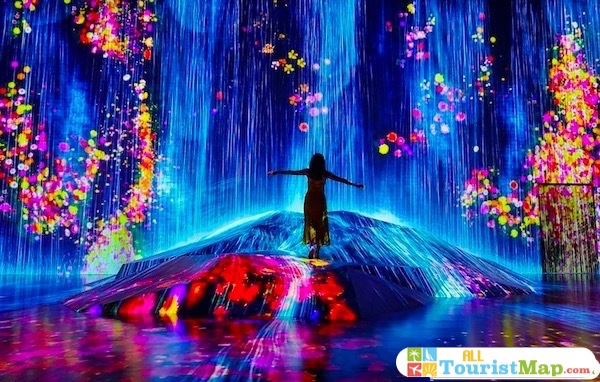 The novelty of this museum is that it breaks with the traditional scheme of only seeing works with an immutable design pattern and message, conditioned to the creator. On this occasion the viewer will have the opportunity to interact with the work. Seeing it evolve according to the style of animated progression is something you will love. The mix it generates with others inside the room is even an excellent way to link the spectators. You should definitely come to this site to have this experience that is revolutionizing the way we conceive art. This museum is a pioneer in its genre and of course the one that has more advances and evolution than any other in the world. It is about 10 thousand square meters of explosion and sensory stimulation with a lot of colors. Its forms and patterns will play with your perception.

Map of hotels in Tokyo

The detail here is that choosing where to stay can cause headaches if you look as centrally as possible. We will take into account price as a primary factor and availability. Therefore what you will hear most is to avoid other alternatives so as not to end up in the outskirts of the city. We want you to have all the options at hand, and to have a clinical eye to capture what you are looking for. We leave you this map of hotels in Tokyo below which you can choose a good hotel and increase your chances of sleeping as you wish. Shinjuku Washington Hotel is a modern hotel with laundry service and a single room model. Actually it has a very good internal distribution, is cheap and has very good attention for a 43 star hotel.

Video of the most impressive places in Tokyo