It’s not a waste in a city that went from being a small fishing town to a large metropolis after Japan decided to open up to globalization. You will discover in this tourist map of Yokohama about the most attractive and recommended activities of this, the second most important city of the country and neighbor of the capital, Tokyo. Its places, especially the area of its bay is composed by several types of attractions for all tastes, big and small with diverse interests give for satisfied their expectations when it comes to this great city. Being a maritime gateway much adopted by its visitors, taking the western culture, and of course a space for the Chinese society, everyone is welcome to this city! We want you to get acquainted with what is most fun and what contributes most to your journey through “the land of the rising sun”.

With a view to the Pacific, this port city shares space on the Tokyo peninsula. It has undergone several reforms and reconstructions because it belongs to the Pacific Ring of Fire, due to natural causes and the destructive hand of man. In spite of all this, it has managed to rise from its ashes. Today it is an important financial center and home to many global companies. Many of its products, modern architecture and cultural influence come from the Western style that it has been embracing, always with its Japanese flair; without wanting to leave it aside. From its history it is worth mentioning that after its recognition as a town since the 11th century and from then on it was known as a small fishing village. It was not until the middle of the 20th century that it opened up to trade with the rest of the world, marking a vertiginous growth. 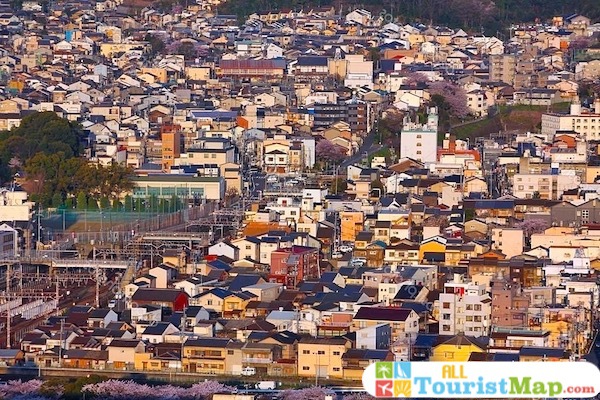 For his mas of 3 million inhabitants it rises nowadays as the second city mas important of Japan. Most of the tourist attractions are concentrated in the area of the port of Yokohama. The Chinese neighborhood, Yokohama Hakkeijima Sea Paradise and the museum of the Ramen of Shin are favorite places of the local and international gastronomical degustation. Western influence reaches as far as the art on display, so recent trends in art and world-class exponents generate a surreal, abstract space with the avant-garde architecture of the Yokohama Art Museum. Speaking of proven, nothing better than a few good beers in Kirin Beer Village, with a free pass to feel like you’re in an amusement park, but children also have their space, this time with one of the few Anpanman museums that exist in Japan.

As the second largest city in Japan, it is important to consider the various ways to entertain yourself. More than just a rocking getaway, a visit to the city is a must, as it contains many interesting neighborhoods, shops and urban infrastructure to admire and photograph, considering that this city has a high level of Western influence. Therefore, we recommend that you organize yourself well and include the places to visit that we have selected in our Yokohama tourist guide. With a variety of tourist sites, we recommend that you section by route all the tourist offer available, and even guide you through the tour programs offered by some of the city’s tourist buses.

What to see in Yokohama 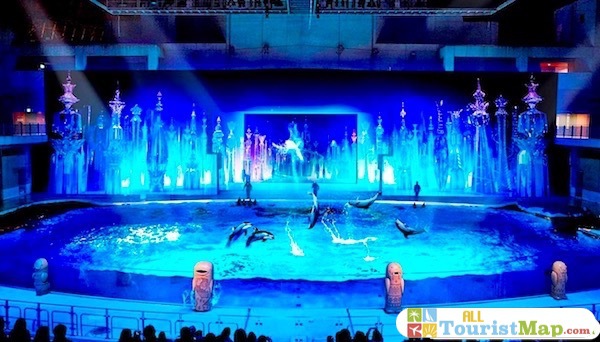 As its name suggests it is a true paradise; the right place for boys and not so boys. It’s one of the most sought-after entertainment venues in Yokohama. The complex has several environments that include: Aquariums, hotels, shops, restaurants, and theme parks, all in one. Designed for you to have a great time, each wing is subdivided and even mixed with several proposals, such as the water museum with a fabulous pyramid shape, with thousands of specimens of different species. It has large screens and shows starring funny sea lions and dolphins, with which you can also interact in different environments. Its gastronomic area has a fishing area. It has a roller coaster with steep slopes, which even makes a tour of the bottom of the ponds. You can purchase tickets together or separately. 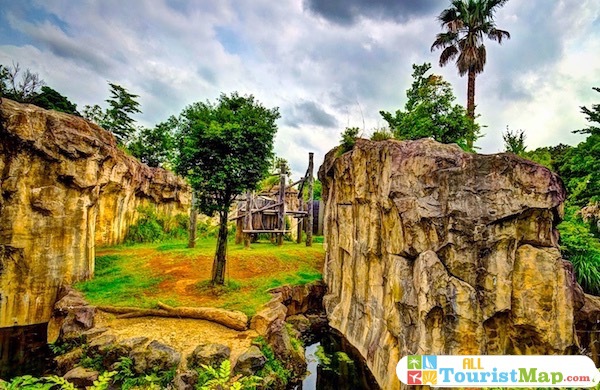 The concept of an animal sanctuary dedicated to research and animal conservation is what this modern zoo is all about. For this purpose, each group of species, coming from different parts of the world, is provided with an environment according to the latitudes from which they come. You will see these sites qualified by geographical zones that include African tropical climates, Asian, thick forests, steppes, and Amazonian humid zones. They are home to species from other sanctuaries, assisted reproduction or animals under exploitation. The place is very novel, very well cared for and has a highly trained staff to ensure a full life to these beautiful living beings. Among the species we can highlight several types of bears, apes, elephants, birds, giraffes, zebras, and much more. It also has trails, restaurants and playgrounds. 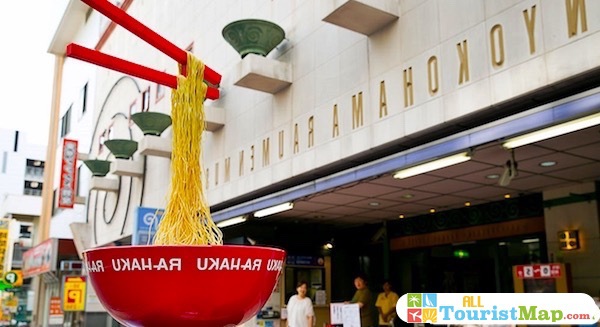 This museum is, in simple words, an amusement park dedicated to gastronomy. It puts as a central axis the ramen, that delicious preparation with noodles and other ingredients that just seeing it makes your mouth water. Entering this site will bring you closer to many things related to this dish where 9 renowned gastronomic franchises do their best to catch you with their recipes. Its atmosphere is projected as a scenario of the first decade of the twentieth century where traditional gastronomic centers will make you share that experience of yesteryear and tradition. You will have the varieties of this simple dish so that you can come with an extra space in your stomach and delight in their different tastes. You will even have the opportunity to invent your own variant in the “my ramen” area. For the children there are different entertainment surprises, so the place is designed to have a great time. 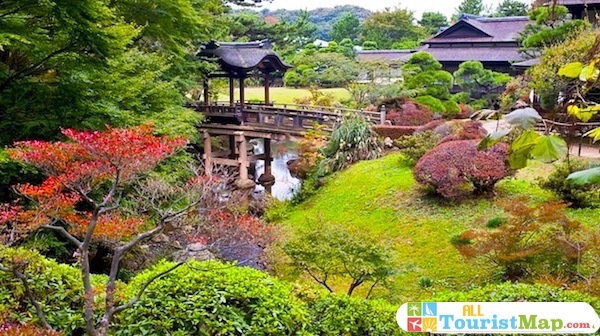 This large garden embodies the most original and traditional Japanese garden. Add streams, reservoirs, walkways, and of course, a host of floral displays, including a bamboo forest that transports you into a world of semi-fantasy. This garden is loved for the different facets it takes on depending on the seasons. Inside there are several historical and cultural buildings that belonged to great feudal characters. You will also enjoy tea houses and pagodas, all of them moved from different parts of the country. At the beginning the garden was the intimate place of the legendary silk merchant Hara Sankei, but at the beginning of the 20th century the doors were opened to the public. The residence of this character and his family is available for guided tours inside. The tour includes a private courtyard. Come and feast on the unique colours in any season. 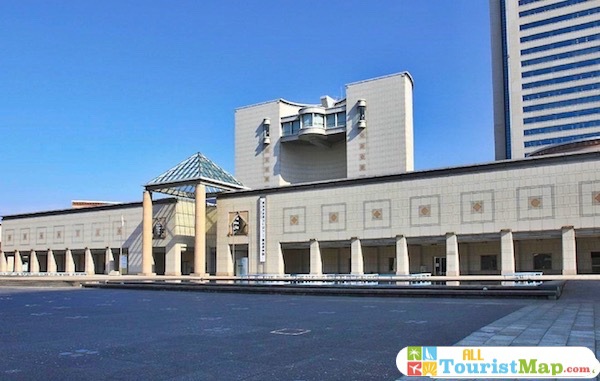 The museum is located in one of the most avant-garde areas of the city. In fact its design, elaborated by the recognized winner the Pritzer Kenzo Tange there is no doubt that it is a genius that integrates to the futuristic environment of the district as a main course of the museum specialized in contemporary art. Its interior is divided into levels, including galleries that exhibit works by artists such as Picasso, Milo and Dalí. It also has a photography room that dates back to the beginnings of this technique, taking the Yokohama landscape as a reference; so it’s the best visual time frame you’ll have in the city. A reading room, with writings in Japanese and English. For those who pursue Dadaist and psychedelic tendencies this is the perfect place. Incidentally, modern Japanese ingenuity also makes its mark in its rooms with good temporary collections. 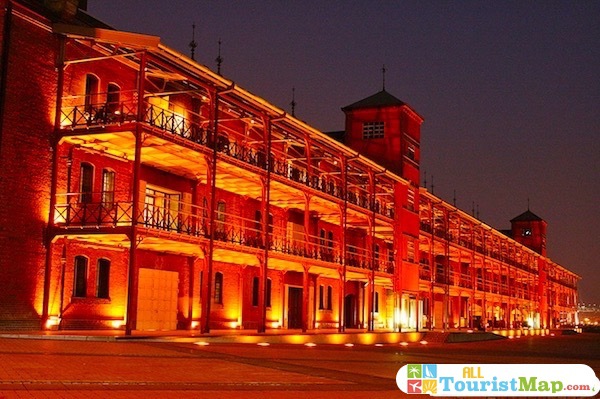 Yokohama Bay has a coastline full of development poles. And there is no lack of places to promote local and international tourism. These buildings are the first constructions of that port of long ago. In the middle of the 19th century they were at the forefront of the new models of merchant and port infrastructures. Nowadays the building is a merely gastronomic and commercial place. It is even a space for events that fill the spirit of the city with life all year round. An endless number of international exhibitions are held on its levels. It still preserves the original red brick look and shows an atmosphere that varies according to the levels it has. Let yourself be infected by Yokohama’s hospitality through its various gastronomic venues, some traditional and others luxurious, all depending on your tastes. 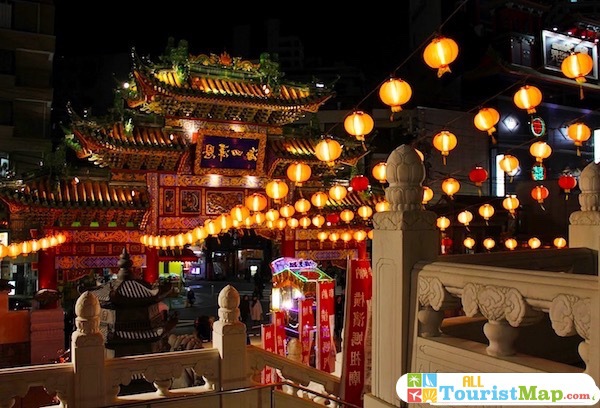 This splendid Chinatown is the largest in Japan. It began to form in the mid-19th century when its port opening gave way to trade relations with the world, including China. Today you can access through any of its doors that are distributed in the 4 cardinal points. They are picturesque accesses to a lot of narrow streets, where you are directed to the best of its bars, trinkets and restaurants in the best Chinese style. It is a place very frequented by the Japanese who call it Chukagai. From the beginning, it was known that it would be more relevant to the culture of Yokohama as a tourist place; more than a residence, its tourist fame was always latent. You can even find a couple of temples dedicated to the figure of Guan Yu, a ruling deity of China. The food is the best, a bit expensive but worth it.

If you travel to Yokohama with the kids then this park centered on the world of Anpanman is the one. It has plenty of areas for them to play. Anpanman is a very famous Japanese anime superhero whose creator is inspired by an “anpan”, a typical candy that is easily available in his bakery. It is a place that is always full of children having a great time. Its first floor welcomes you with a theatrical show of Anpanman with the full cast, as well as a lot of games. On the second floor you can make crafts with the figure of this character, and you can take them home as a souvenir. On the third floor there are the most striking challenges and models called dioramas. It also has a shopping mall and food stores with the superhero theme in the center. 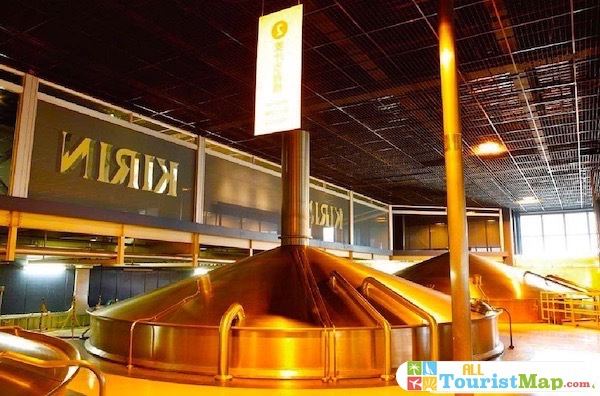 When you travel to Japan you won’t believe which drink has displaced the traditional sake. It’s the beer, which is still hard to understand how fanatical this sparkling drink is. Kirin, which is a very popular brand and Yokohama has a brewery you can visit. Give yourself a chance to see what a real mass production of this refreshing drink looks like. As you walk inside you will see samples that tell the history of the brand. There is a tasting room for its own production line. The tours are free and last about 1 hour. It would be like an amusement park but for beer lovers. So if it suits your taste, don’t wait to visit it. It is located in the north of Yokohama and is open every day of the year except New Year’s season.

Map of hotels in Yokohama

A big city will give you ideas to have a great evening, and accommodation is part of this experience. Choosing the right place means checking with our map of hotels in Yokohama. The view of the sea, the lights of this city are a good window before a good rest. The Sotetsu Strawberry Inn Yokohama-Sakuragicho gives you an approach to the port area of the city. It has a Jacuzzi, restaurant and room service, which, by the way, have a minimalist style with good lighting. It is ideal for a relaxing stay and is equipped to stay with the children. It’s very advisable if you come by cruise from its port. Chinatown is one of the first places you’ll have within walking distance.

Video of the most impressive places in Yokohama