A transcendental trip, the kind you have to let flow if you want to spend a weekend on a Greek island in the first place. Athens gives you a great prelude to understand what it is all about the gods, philosophers and rulers, in short, the origin of our culture. It’s not a bad idea to visit the capital of all times, where a large part of the ancient world was governed. Its ancient monuments are the best answer to what you’re looking for. Its vitality as a metropolis takes you to the depths of its places that you will enjoy in a few mouthfuls. So you have plenty of places to understand before you tour them with our Athens tourist map. No doubt that learning about its monuments, streets, squares and museums will make you appreciate in depth the best of everything.

And how not to consider the capital of Greece where port activity flourished with a view to the Aegean Sea and became a powerful city that determined the political reins of all Greek city states. In short, one of the most advanced cities in the ancient world, perhaps the most advanced, since it is hard to believe that in more than 3 millennia there is no other city that has crossed so many frontiers in terms of influence in the fields of science, art, literature, mathematics, philosophy, astronomy, etc., if we compare it with the empires of its time. It is the cradle of civilization, from which the current prevailing political system, democracy, also emanates. It houses some 3 million people, if we take into account its entire metropolitan area. The city develops among the historical legacy of its temples, museums and the Greek spirit of its people that seems to resurface in every civil protest. 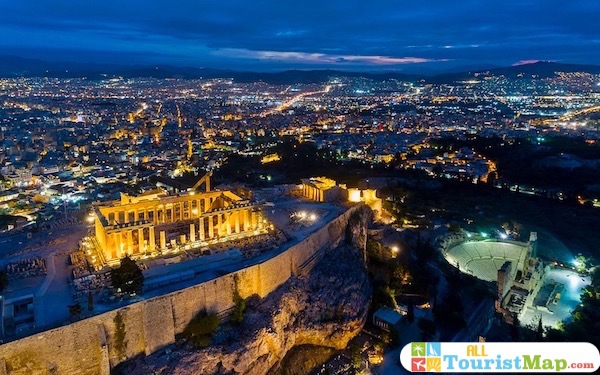 Tourism in this city is fed by those who seek the ancient, and the mystical. There are several periods of ancient Greece that were recorded in several of its places; of course the Roman and Byzantine empires left their contributions. Even though Athens has a lot of starting points for paradisiacal places, it is worth mentioning that taking a walk in it will make you change your mind and take a little more seriously places like the Plaka or Kolokani neighborhoods, which show you the most everyday things in the city, something that for you will seem incredible that its network of streets and places for leisure are wrapped in a rich architecture, making space with hundreds of galleries and bohemian places to relax. The Acropolis of course is the highlight, and even the Agora houses the most important temples. Continue exploring with us.

Many are used to taking a route around the Acropolis, others are first willing to go from the modern to the roots. The fact is that this modern city responds to a mosaic of modern things with history on every corner, in its square, gardens and museums, much of which we have prepared in this tourist guide to Athens. Keep in mind that Athens is one of the capitals with the best museum route, nightlife and gastronomic routes, so don’t be surprised to find a little bit of all that in each route we trace. We want you to tour the entire city, so the most relevant thing about this city is that it connects very well. Just make sure you set aside enough time to enjoy all that Athens has to offer.

What to see in Athens 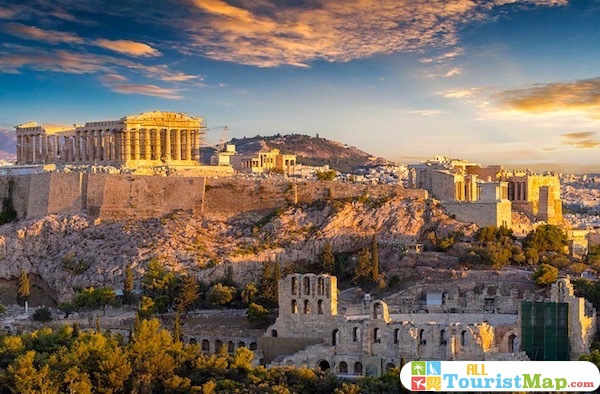 All you have to do is let your imagination run wild and map out all the details and finishes of its immortal architecture. This is the most valuable architectural ensemble in Greece. From it emanates the entire conception of Western culture, in terms of politics, philosophy, science and art. It would be crazy to go to Greece and not visit the Acropolis in Athens. Its name means “upper part” and from this privileged enclave are guided those medieval castles that rise in the highest of European cities. Try to go early when the crowds are just deciding to mark their routes; the plan is to avoid the crowds and the harsh sun. The Parthenon of Athena, Erecteion, Herod’s Attic Odyssey and the Acropolis Museum await you with history-laden facts. If you don’t want to slip on their smooth roads try to wear light shoes. 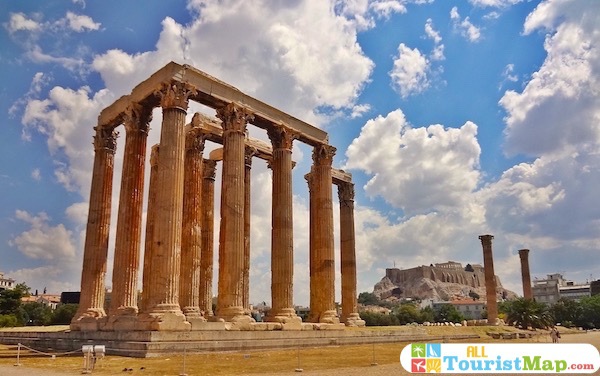 The Acropolis in the ancient world had its jewel; it is the temple to the god Zeus, better known as Olympus. A magnificent work for its time, which took about 7 centuries to be built for various reasons. This marvel of the 6th century BC, came to have an opulent ivory and gold sculpture of Zeus, commissioned by the Emperor Hadrian. Nowadays they are ruins of which some columns are still standing. It turns out that a great earthquake collapsed part of this giant temple in the Middle Ages, leaving at least 15 of its 104 pillars, denoting its Corinthian art. There is also the famous Hadrian’s Arch, made of marble, which marks the border between Theseus’ Greece and modern Greece. On your monumental route you should take this into account, since for the ancient world and for a long time it became the most important and largest.

The history of Greece is made up of different ages. From the Bronze Age to the Hellenistic period there are a lot of artifacts that show the maximum splendor of each period. This museum is simply the most popular in Greece for the original collections of those civilizations that never cease to be relevant in this important cultural epicenter. In a perfect chronological order you can see thousands of elements and fragments of that past.  Interpreted through the details, robustness and narratives in ceramics, statues, artifacts.  Many of them still incomprehensible to science because of their functionality and enigma in their iconography. Even the Roman Empire has its meritorious space with the busts of some emperors. The resulting collection is the product of various excavations and regrouping of some scattered and protected by modern wars. 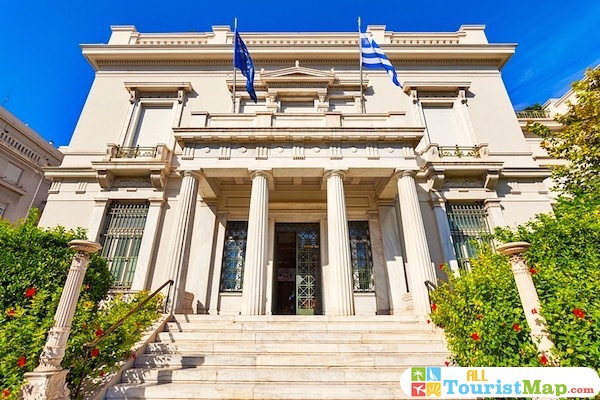 The pleasure of appreciating the artistic and cultural details of various periods of Greece. The best of the most flowing cultures of the Mediterranean are exhibited in this museum. It is the product of the initiative of the famous collector Antonio Benaki who for more than 3 decades has managed to accumulate a quantity of 60 thousand pieces. Today this vast collection is displayed chronologically in 40 rooms. The best of the Byzantine Empire, ancient Mesopotamia, various periods of Greece and Asia are very well represented in gold work, sculptures, mosaics, paintings and ceramic engravings that show the cultural evolution of the region. Many of these pieces have been accumulated by the museum’s foundation through private donations and have their own restoration workshop. It is an excellent spot, in addition to its variety for its terrace that offers good views of the acropolis. 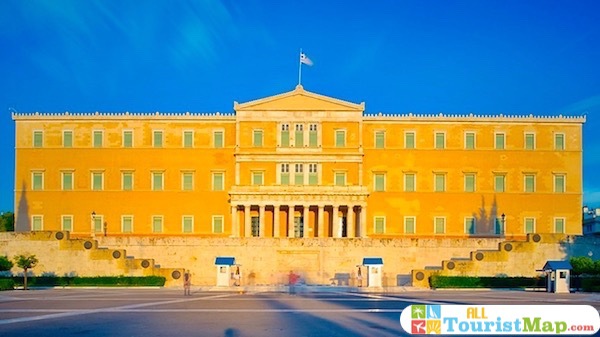 Before going up to the acropolis, schedule a temporary space to walk calmly around this square. Pride of the Athenians, or rather the Greeks. This nerve centre has remained in Greek historical memory for many years. Today it is the scene of anti-government protests. Its marble stairs will lead you to the monument to the unknown soldier, an emblematic place in the square. You can also wait to see the changing of the guard outside the Greek parliament. The view of the main neoclassical buildings makes it all the more worthwhile, some of them having been refurbished as luxury hotels. Take a break in their surrounding cafes and see how a day goes by in the capital. 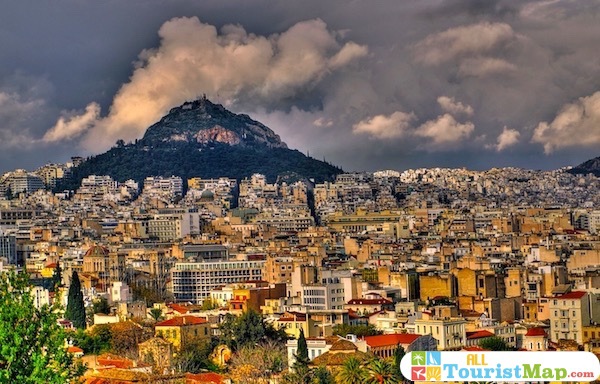 Kolonaki strives to be one of the longest living places in the city of Athens. Today it is an important urban center that teaches you to move like a local. But we emphasize the modern and lively life that takes place there. A street artist, people walking and stained glass windows displaying the best of their designs, clothes, shoes and art will make you fall in love. Local talent that has a lot to show for it. Likewise for the palate there are privileged places that you can use to stimulate yourself. With the most succulent snacks, nuts, wines and even local bohemians you can enter in a chill out atmosphere. It’s all about setting your own pace and you’ll still end up bouncing from corner to corner because of the many different places. This includes classic bistros and museums to mingle with tasteful locals. 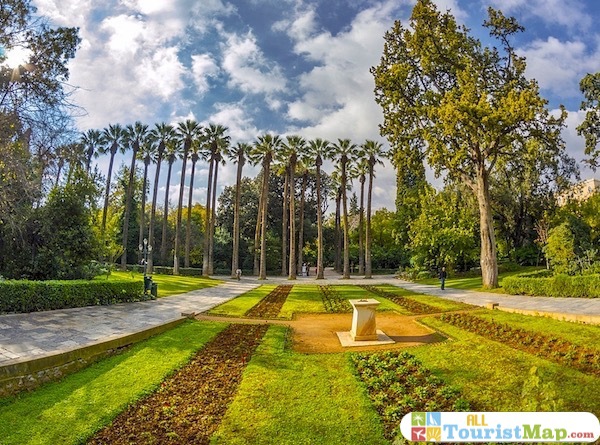 Understanding that Athens has a Mediterranean climate, it is true that the sun intensifies her day-to-day life. So if you go to Sintagma Square you will surely want a place where you want to take a cool break. For this reason the National Garden of Athens stands in the way of the Parliament building on the square. We are talking about a Royal garden, of about 160 thousand meters of area with hundreds of ornamental plant and animal species. It is a selection of the designer Friedrich Schmith, because of the commission of Queen Amalia in the 19th century. In the same way the Greek fleet was in charge of complementing the collection of vegetable species made in its diverse trips around the coasts of the Mediterranean. Today it is a symbol of pride in urban beauty and a sanctuary for many exotic animals. 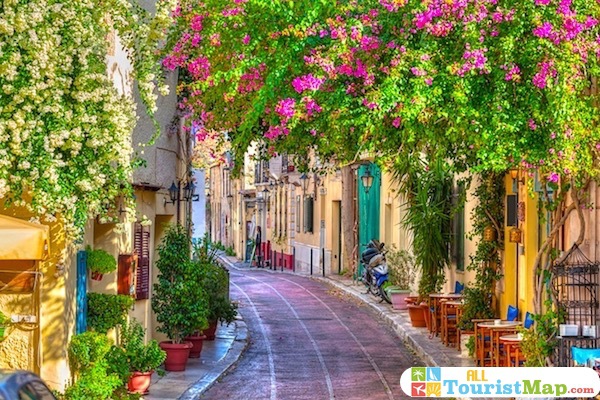 Before or after visiting the Acropolis, take a look at this neighborhood. It serves well as a tourist corridor due to its proximity to the city centre. Thousands of tourists have it within the perfect excuses to take a walk. Crowds usually last even for hours due to its crossed streets. These enthusiasts are usually attracted not only by its handicrafts but also by its terraces. Here you can have an authentic Greek experience in terms of drinks and local food. You can learn from its history if you let yourself be guided by a tour guide. Know that this neighborhood began as an ancient Turkish settlement and for example has Turkish baths and a mosque. Other endearing places to take advantage of are Anafiotika a small nucleus of houses with beautiful Mediterranean balconies. Don’t miss its main street Adrianou or Monastiraki Square with the largest range of monuments. 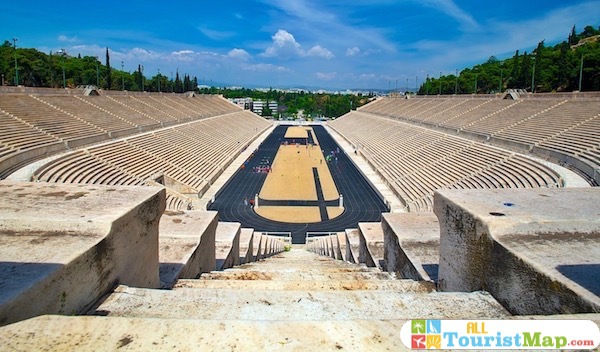 The glorious Panatenaico stadium dates back to 330 B.C. It marks the beginning of the modern Olympic Games. Nothing better than this ancient and colossal marble stadium in which heroic competitions were held through its elongated shape. It marked the beginning of the current Olympic Games after a long period of obscurantism following its prohibition. With a capacity of about 40,000 souls, it has the joy of being one of the oldest fork stadiums. Although it is not very popular, perhaps because of its location, its giant figure will take you back from any angle to those glorious times when competitions were held. If you want to go, but it’s a hot day, we recommend something to hydrate yourself. It would be practically a meeting between you and this bestial work.

Map of hotels in Athens

For accommodation there is not much to worry about, its main neighborhoods, Sintagma, Plaka, Thisio, Monastiraki, Kolonaki among others, offer all kinds of accommodation easy to access, with good looks and good prices. Even those with the largest concentration of hotels are prepared to receive large numbers of people; they are all looking for a good atmosphere to have an excellent time in Athens’ nights. Others choose for the opportunity to have everything visitable as centrally as possible, and if they are lucky, with the best views of the city. We recommend that you consult our map of hotels in Athens which reveals in an interactive way all that we have been telling you. We propose you Titania Hotel, where the elegance and its variety of services put you all in favor to finish a day in a pleasant atmosphere and with the best panoramic views of Athens.

Video of the most impressive places in Athens