One hundred and thirty kilometers or an hour and a half by road from Havana is Varadero, a destination considered Cuba’s most beautiful beach paradise, with twenty-two kilometers of splendid beaches, white sands, crystalline and shallow waters and exotic vegetation. In this tourist map we offer you to know and fall in love with a tourist destination in the Antillean island, preferred by those who seek quiet natural shelters that offer enjoyment and tranquility. Varadero is in the province of Matanzas and is the capital of the Hicacos peninsula, the area through which Christopher Columbus disembarked when he first arrived in Cuba. It is also the closest destination to the coast of Florida, in the United States.

Varadero is, in essence and action, a tourist city and all its infrastructure is designed for it. The town became an attractive resort was founded at the end of the 19th century, specifically in 1880 by a group of ten men from the area of Cárdenas whom local history named “The Decenviros”. This happened after several attempts, centuries ago, that were thrown to the ground before the inclemencies of the territory, crowded with mosquitoes and other animals that were not less than annoying for those who tried to live there. It was the Decenviros who built the first constructions: a church, a market and a square. But it was in the XX century that the hotel exploitation began, with the construction of the first lodging that also became in itself a tourist attraction, the Hotel Torres, built in 1926. But it was in the last decade of the twentieth century when there was the biggest tourist explosion, especially international, with the construction of hotel complexes and infrastructure to receive visitors. There are also traditions linked to the sea, such as frigates, diving classes or outdoor activities ranging from golf to horseback riding. 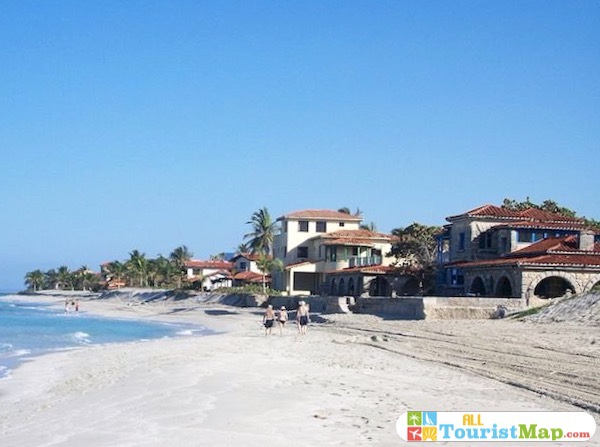 In this way, together with its natural beauties, the twenty-two kilometers of beaches are part of the tourist attraction of this city, to which is added its gastronomy that although it shows the best of the regional food based on fruits of the sea, fish and some grains, it is also made with international food since it receives great amount of outsiders that not only go to enjoy its beaches but of incentives to the palate. Its tropical climate is maintained at a stable temperature between 27 and 28 degrees on average and this is one of its outstanding characteristics. Varadero can be reached by land in vehicles and buses as there are individual options and tourist packages, with an approximate travel time of thirty minutes from Havana or about three hours if the journey is made by train. But by air it is more expeditious and the local air terminal, Juan Gualberto Gómez Airport, is twenty kilometers from the province and international flights arrive there.

The waters of Varadero are ideal for practicing nautical sports such as scuba diving, deep-sea fishing or kitesurfing, among others, and this is one of the first options for those who visit the peninsula, although only sunbathing in spas such as Playa Azul, with a sand that is debated between pink and dorado, it is already a goodness that will not be enjoyed anywhere else in the world. But, in addition to the spas, Varadero also has art that is shown in museums, galleries, places to take walks and learn about the geological history of the place, of which there are petroglyphs and other evidence in archaeological reserves in which you can make expeditions or guided tours. The nights in this town can also be enjoyed to the full because the options range from a dinner in one of its restaurants such as dancing in a disco or bar that abound and even some inside the hotels. In places like this it is also propitious to taste typical drinks of the zone and to fraternize with locals and visitors. Varadero is made for tourism from the beginning to the end and although some reviews indicate that the place where the Cuban essence is least noticeable, it is no less true that it is a true paradise on the Antillean island.

What to visit in Varadero

Although the 22-kilometer-long coastline of Varadero’s bay encompasses a large number of beautiful beaches, the most visited for their splendor are Playa Azul and Playa Varadero, which have fine sands, whose colors are debated between gold and pink and a flora based mainly on coconut palms. The waters, some crystalline and others turquoise blue, are not of great depth, reason why they are ideal for children and people of advanced age, also for those who want to take a dip in a sea that is calm and does not have many shocks. These two spas are the most visited for being in the central area of the peninsula and stand out for having an infrastructure nearby that allows you to taste good food and take tropical drinks with comfort. 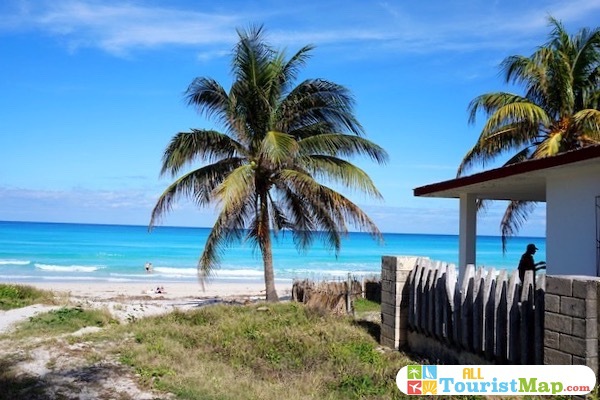 Ojo del Mégano is Varadero’s most impressive tourist attraction after its beaches. It is a cave that is seventy meters deep and forty-eight meters in diameter, which makes it the deepest underground cave in Cuba and from which you can see beautiful reefs. Trips to this cave can be made by boat from Varadero although it is close to the Bay of Cadiz. Those who are diving enthusiasts or want to experiment in this discipline can do it in this place, since they will have the opportunity to see marine fauna that goes from sponges, schools of fish in variety of colors and beautiful corals.

The journey to Cayo Blanco, a cay located in the western part of the Hicacos peninsula, is as much fun as it is to reach your destination. On the catamaran trip, there are usually cultural shows and rhythmic dances that expose the best of the Latin feeling. It is also the time that is used for water sports, especially diving, taking advantage of the benefits of one of the most transparent waters you will find in the Antillean island. When you arrive at the cay, you will find thin white sands and beautiful turquoise waters, bordered by coconut palms and typical Caribbean flora. 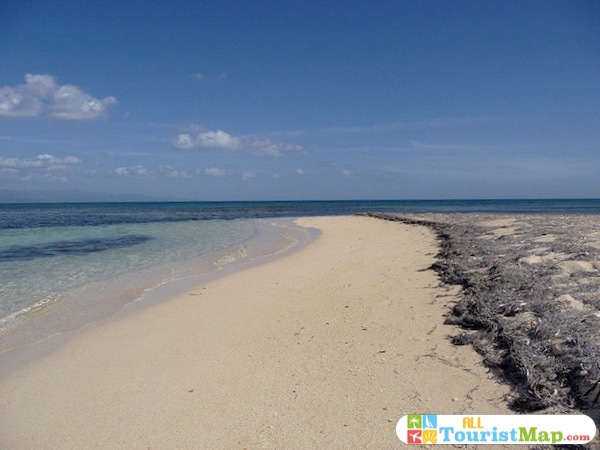 The Varahicacos Ecological Reserve is an ideal archeological reserve for ecotourism and being in contact with nature. In the western zone of the Hicacos Peninsula is this reservoir in which there is a diversity of fauna linked to the sea, such as mangroves, tropical green forests and coastal lagoons. In this place there are caves known as El Sendero de Los Musulmanes and La Cueva de Ambrosio, within which you can make explorations to observe the number of pictograms left by the aborigines who inhabited these lands long before the arrival of the Spanish settlers.

The Bellamar Caves have galleries with an extension of twenty-three kilometres, which makes it one of the most beautiful underground caves on the Antillean island. Forty kilometres from Varadero are the caves whose exploration is rewarded by observing the widest range of stalactites and stalagmites, as well as geological formations that resemble transparent and shiny structures. Inside, one of the largest galleries that can be seen since it is twelve meters high, called El Manto de Colón, can be observed. Also of great interest is the gallery known as the Chapel of the Twelve Apostles.

The Cave of Saturn is an impressive tourist attraction in the form of an underground cave, which is also known as Cave of the Cepero and is located twenty kilometres from the centre of Varadero. In this place, in addition to exploring it through guided excursions and admire its imposing structure, carries a lot of stalactites and stalagmites that are within its archaeological formation, visitors can enjoy the benefits of a small lake with crystal clear waters, which is twenty meters deep and is ideal for snorkeling or simply swimming. 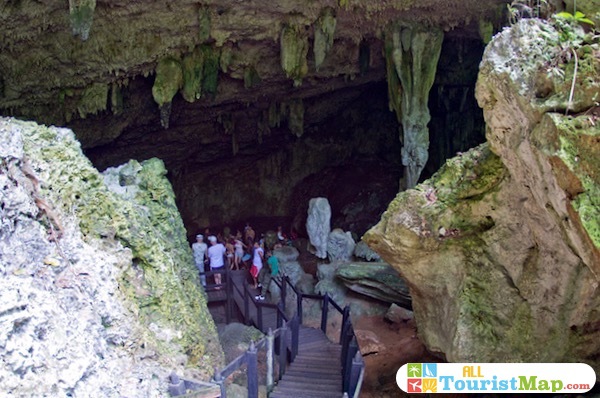 The current Josone Park was, in the forties of the twentieth century, the summer mansion of Iturrioz Llaguno, a powerful and wealthy family of the island. Today it is a park available for visitors who wish to do outdoor activities but within the perimeter of the city, In the nine hectares and green areas of the park you can perform activities such as boating, playing golf and other distractions such as playing tennis. Within the location there are parks, artificial lakes and well-defined trails for quiet walks. 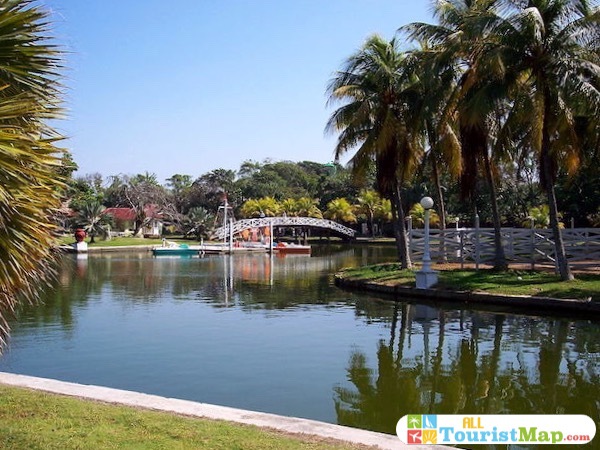 La Casa del Ron is a beautiful infrastructure with architecture of the early twentieth century, located in the center of Varadero. Not only can you buy the best of rum there, but it is also a good place to learn a lot about this liquor, which is typical in Cuba. At the Casa del Ron, visitors learn about the processes involved in making this drink, from storage to distillery actions. They have the opportunity to taste different types of rum and not only this product but also coffee and tobacco. 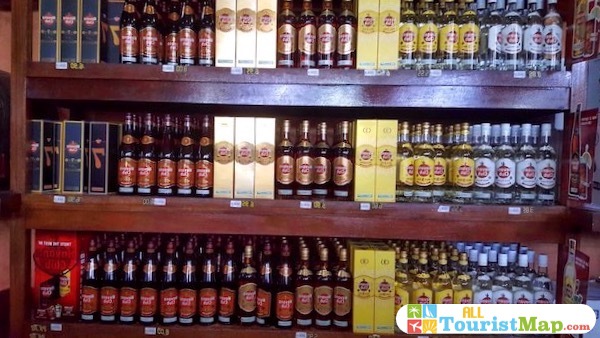 In the center of the city of Varadero, specifically in the first avenue, there are ten blocks in which there are placed a series of small artisan markets, that nevertheless are the ideal place to acquire crafts elaborated by the locals, mainly of wood that is the material that they use more; besides being a good alternative to buy cigars or Cuban cigars. The main thing, besides buying beautiful products, is to haggle over prices. The costs usually vary from one stall to another, so it is important to travel and ask for price reductions.

Coral Beach and Maya Lagoon, both tourist sites located twenty-five kilometers from the center of Varadero, are the best places on the peninsula for snorkeling, but each of these sites are individually attractive. In Coral Beach there are two kilometers of coral reefs in which you can observe the most varied marine diversity. In Laguna de Maya, which is only four hundred meters from the beach, its natural structure, a small saltwater lagoon that is connected to the sea through channels that are natural, you can also snorkel and, in fact, in the adjacencies there are sites available for equipment rental. 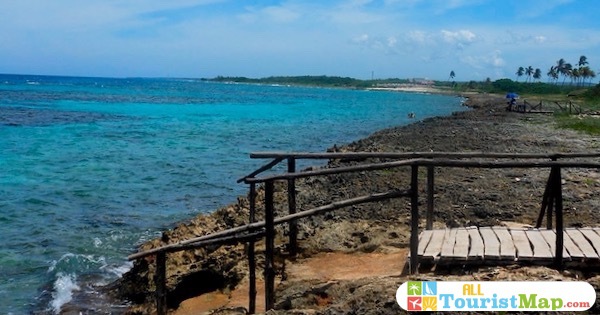 The dry dock hotel infrastructure is one of the best in Cuba as it consists of mostly four and five-star hotels, which were built under international standards, designed to attract this type of tourists. Therefore, it is not difficult to find accommodation in this type of accommodation that offers the best care and is common on the peninsula. All of these hotels, which number just over sixty and are located along the Hicacos peninsula, offer complete tourist packages that include lodging, food and recreation; they are designed for a variety of budgets. The cheapest hotels are in the west and although they have older infrastructure, they give access to the beaches. The eastern area of Varadero is the one with the most luxurious and newest hotels, where prices are high and in the center of the town are those that are four stars and the cost is lower than luxury although they include all services. Accommodation costs range from 249 USD per day in five-star hotels such as Meliá Varadero to 78 USD in Norma’s B&B. A mid-point are those whose accommodations are estimated to be between 110 and 150 USD, with a four-star rating.

Video of the most impressive tourist places in Varadero