Bordered by the waters of the Caribbean Sea and southeast of Cuba is the city that was the first capital of the country, Santiago de Cuba, currently the second largest in the island, both for the amount of population and its economy, its beautiful bay that serves as an important port for the country and also because it is the second most important tourist destination after the capital, Havana. In this tourist map we will visit a place that stands out for its natural goodness at the foot of the Sierra Maestra, for being a cheerful territory from which emerged musical rhythms that today represent Latin America, as well as streets with buildings that stand out for being a mixture of architectural styles that qualify it as an eclectic city.

The history of Cuba can be written from the historical feats that were undertaken from the tourist city of Santiago de Cuba, a city that covers the 1,032 square kilometers and that was the first capital of the country, between 1515 and 1556, after its foundation and recognition as a city. In this territory, where at least 445,000 inhabitants live and historically received immigrants from the Lesser and Greater Antilles, the Cuban Revolution was proclaimed from what is known today as the Céspedes Park and which was formerly the seat of the city council. But Santiago is not only political history, it is also culture since from these lands emerged rhythms that not only represent Latin America but also became universal, like the bolero, the son and the trova. It is the place where one of the best and recognized carnivals of the Latin culture is lived, such as the Santiaguero Carnival, as well as other festivities that are known throughout that insular country, such as La Fiesta del Fuego. 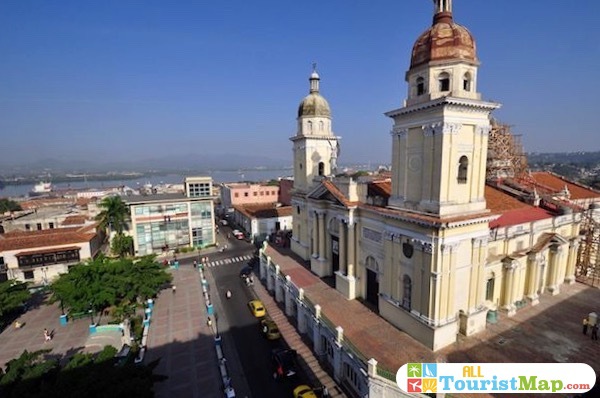 The exotic landscapes, the beautiful beaches, the mixture of its architecture, culture and traditions are part of the tourist attractions of Santiago de Cuba. The tropical climate, whose temperature is maintained at an average of 26 º C except in times such as winter (at the end of the year) where it drops to about 20 º C and there is more rainfall, also makes it a favorite tourist destination for many visitors, as a trip to Cuba without walking the streets of Santiago, would be an incomplete visit. And this is known by its inhabitants, who strive to give the best of themselves to tourists, since it is a cheerful, jovial and fresh people who show their culture and history to anyone who wants to know it. To get to Santiago the most common way is through the Antonio Maceo International Airport, eight kilometers from the city. In the city there are not many options to move and make the tourist tours, the most used are buses and taxis.

A visit to the city known as the Hero City of Cuba implies swimming in the paradisiacal beaches, the most Caribbean beaches of the continent since their waters are open to this ocean in which stories of flavor, color and heroism swim. Being in Santiago de Cuba means touring the Morro Castle, a 16th century fortress, as well as the Cathedral of La Asunción, a temple that resisted all kinds of attacks and is still standing after restoration. The city is also the home of the Virgen de la Caridad del Cobre, a figure that lives within the religious syncretism that surrounds the entire island. It is also the opportunity to taste a gastronomy of Spanish roots, but enriched by autochthonous ingredients and the African influence, among which the Moors with Christians (rice and black beans) or the emblematic ajiaco, one of the symbols of the Santiago food, stand out.

What to see in Santiago de Cuba

San Pedro del Morro Castle is an impressive military infrastructure and one of the most interesting sites in Santiago de Cuba. This fortress was built in 1640 to protect the island from pirate invasions, but this structure was almost completely destroyed during an invasion in 1664 by the English pirate Henry Morgan. After this devastation, they rebuilt the castle that can be seen today. Within its facilities, visitors can tour the Piracy Museum and see interesting and instructive historical displays of items related to piracy, slavery and colonialism. 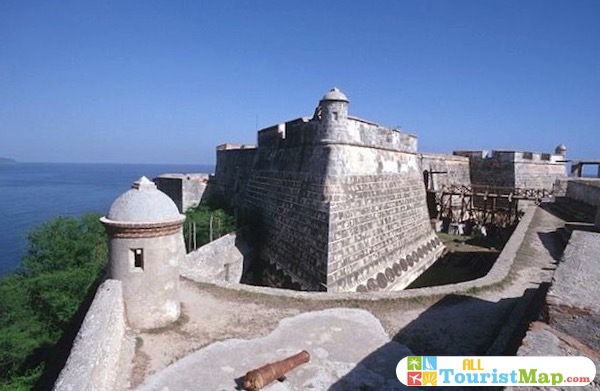 The Cuartel Moncada is the landmark of the Cuban Revolution. This military infrastructure was the scene of an assault led by Fidel Castro on July 26, 1953, in which the Cuban leader attempted to steal an arms park to sustain the revolution. However, the action failed and 61 of the assailants died and the rest were tried and imprisoned. It was as a result of those events that Castro pronounced in his speech the phrase that has transcended: “history will absolve me”. Today, Cuartel Moncada functions as a school and at the same time a museum that can be enjoyed thanks to guided tours, both in Spanish and English. 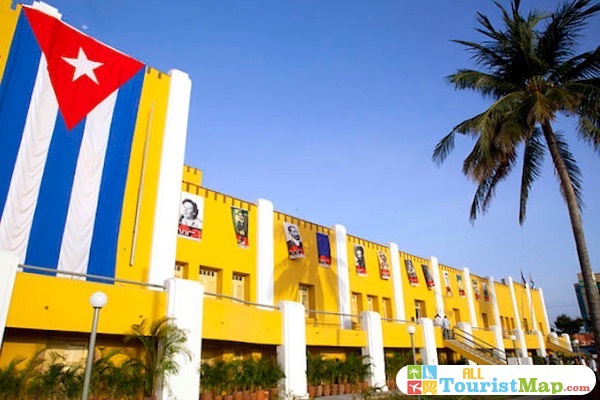 The Bacardi Museum contains a series of valuable objects from one of the world’s most famous rum producers, which began in Cuba in the 19th century, specifically in the year 1862. At the Bacardi Museum visitors can see and come into contact with a number of beautiful antiques, as well as the first distillery that belonged to the Bacardi family and whose symbol is a bat, such as the one on the beams of the ceiling, in the rum factory. The Bacardi left Cuba in the 1950s after the Cuban Revolution began, but all these belongings are still in Santiago.

The Santa Ifigenia Cemetery, located to the northwest of the city, was built in 1868. Inside this cemetery rest the remains of the independence hero José Martí, in a beautiful tomb in the shape of a hexagonal tower that due to its location receives the sun uniformly and is covered with the Cuban flag. In this cemetery also rest the remains of the fallen during the independence battles, of the soldiers who were sent to fight in Angola and on which there is a monument that rests at the entrance, as well as the sixty-one fallen during the assault on the Moncada Barracks. For this reason, this cemetery is a testimony of the history of Cuba in the last 150 years. 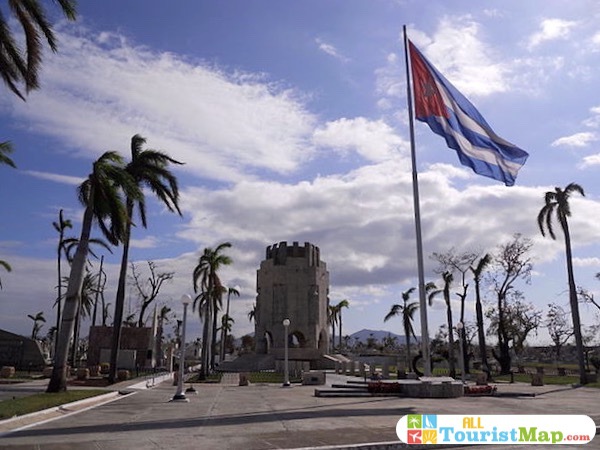 Céspedes Park is an important place in the daily life of Santiago de Cuba. It is a fresh, flowery and brightly lit square, in the middle of which there is a statue of the Cuban abolitionist hero Carlos Manuel de Céspedes. The mixture of architectural styles of the buildings that surround it, evidence the diversity of cultural influences in Cuba. A series of cultural and recreational events, festivals and also the Carnival Museum are held there. For example, the representations of dance dedicated to the danzón, traditional Cuban dance. In addition, this place represents a modern historical icon, since in its surroundings was the town hall from which Fidel Castro initiated the Cuban Revolution.

Cayo Granma is a fishing community that resembles that of children’s stories and in which the life of its few inhabitants takes place between cemented streets and houses made in different models, most of wood and red roofs although quite deteriorated. It sits on the shores of a bay and the beaches are a good place to visit and swim in its waters. It is only possible to get there in boats that are taken at the dock of Santiago and in the place there is little variety of restaurants, but the gastronomy is based on fish and seafood. Even so, the experience is unique, as the beaches of the area are of ineffable beauty. 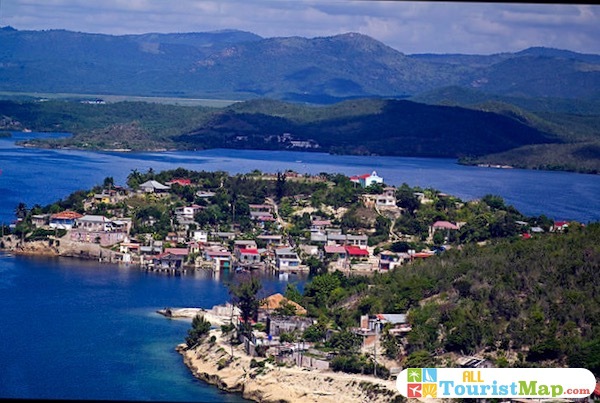 The Diego Velásquez House Museum is the oldest colonial mansion in Cuba. It belonged to the Spanish colonizer, first governor of Cuba and founder of seven of its towns, Diego Velásquez de Cuéllar. This is a sixteenth-century construction, specifically between 1516 and 1530, that maintains its original and historical charm despite the passage of time and attacks such as fires, looting and natural disasters. Visiting this area is like entering a museum where articles from the colonial era are preserved and with which the historical evolution of the island is related through different periods, from colonization, French invasions and the institutionalization and pro-independence gestures.

Twenty kilometers from Santiago de Cuba is the Sanctuary of the Virgen de la Caridad del Cobre, also known as Nuestra Señora de la Caridad, the religious patron saint of the island and one of the most venerated figures in the country. This sanctuary built in 1927 is a place of pilgrimage and fulfillment of vows or promises, in fact there is a large amount of offerings by devotees, in honor of the fulfillment of requests. This virgin is also a symbol of the island’s religious syncretism between Catholicism and Santeria, as she is also Ochun, the mother goddess of African religion. 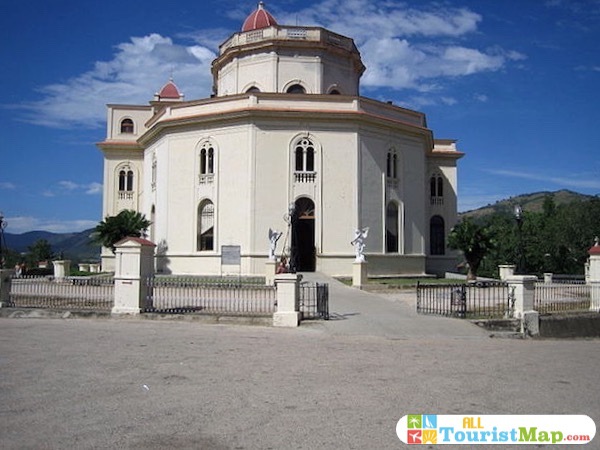 The Frank País House Museum is a place of worship to the leader of the clandestine movements of the Cuban Revolution, Frank Isaac País García. It is located on General Bandera Street in Santiago de Cuba and from there, in its different exhibition halls you can learn about the family and political history of the famous leader, who was close to Fidel Castro. Built in 1893, the house has seven exhibition halls where you can find family and personal objects, artistic collections such as various paintings and highlighting the flora and fauna of Cuba, as well as portraits of various women. There are also objects that speak of the political life in clandestinity of the country, especially some recordings that relate the political life of the young leader.

The beaches in Santiago de Cuba are one of its main attractions, no wonder this city is known as the most Caribbean of the Caribbean Sea. The spas of the Cuban south coast have crystal clear waters, palm trees and coconut palms, they also have the incentive that in most of the time they receive good sun and the temperature is optimal for a day at the beach. The first one that stands out is Siboney, fourteen kilometers from the city, which has great beauty and because it is the closest is the most visited. In other more remote areas such as Daiquirí, Costa Morena and Bucanero, which are some of the best known, there are hotel complexes in their adjacencies, as well as restaurants and other ideal places to complement relaxation. 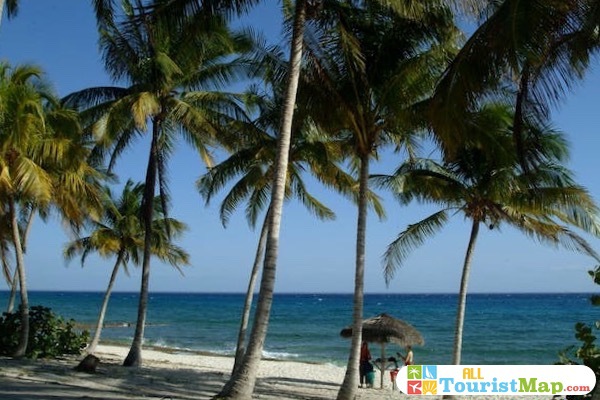 Santiago de Cuba is one of the most important provinces of the country, so the supply of hotels and lodgings is extensive, both luxury hotels, simpler and accommodation in family homes. One of the most recommended is Casa Granda, a construction that serves as a four-star hotel, dating from the twentieth century and is in the center of the city, near the Parque Céspedes. Another recommendation in the central part of Santiago is a small hostel called San Basilio, which has eight rooms and four-star amenities. It has one advantage, which is located eight kilometers from the city’s airport. Prices vary between twenty and fifty euros, among the cheapest although there are five-star luxury hotels, such as the Meliá Santiago de Cuba, which is the best reputed among foreign tourists and has an availability of seventy rooms.

Video of the most impressive tourist places in Santiago De Cuba