Antwerp is known throughout Europe as the city of diamonds. About 80 percent of the world’s diamond traffic passes through this city as it is an important port for cutting this enigmatic jewel. In this tourist map we will talk about the second most populated city in Belgium, with an area of 1,449 square kilometers only in the metropolitan area, although it is fourth among the preferences of tourists. Nevertheless, Antwerp is a locality with economic push because from its port the most important imports and exports of the country and other European nations happen.

Antwerp is a beautiful and friendly tourist city. Its size or extension allows visitors to walk or cycle around it since there are rental services of this type of vehicles available, both owned by the municipality and some private companies. To travel through this city is to walk through one of the most important ports in Europe thanks to the benefits of the Escalda River, whose width and depth allow the navigation of deep-draught merchant ships. The port has around 150 kilometres of quays, from which import and export goods are directed to and from Belgium in relation to the other countries of the rest of the old continent and which took on vital importance between the 16th and 17th centuries as an international commercial centre. This city is a kind of medieval diamond and is part of a triad of Flemish cities, along with Ghent and Bruges, places that are essential to know the history and main geography of Flanders. 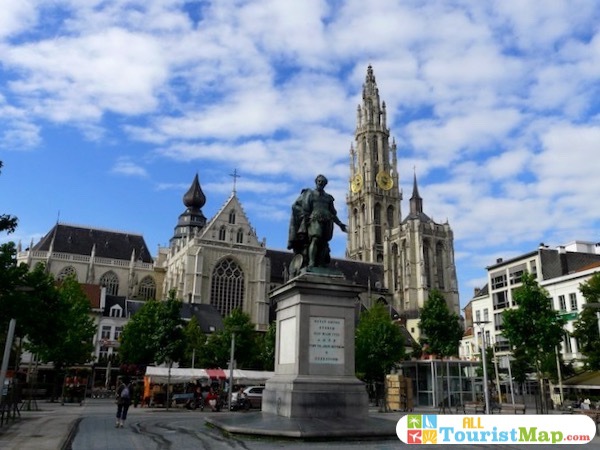 The tourist attractions of Antwerp can be seen as soon as you arrive in the city, which was the place where the painter Peter Paul Rubens did most of his work and therefore became a symbol of the city. If visitors arrive in the city by train, they will start to enjoy the wonders of this city, as Antwerp Station is one of the most beautiful in all of Belgium. This is a city that has a very lively cultural and nightlife, as it has many bars, taverns and other nightclubs in the city centre, where you can taste the city’s own beer, called De Konnick. Although the greatest number of tourists arrive at Christmas time, due to the amount of activities around this time of year, it is a time of year when temperatures are very low and can even drop to zero degrees. During the summer and spring temperatures range from 20 to 25 degrees.

In addition to being known as the diamond city, it is also known for its artistic symbol, Peter Paul Reubens, a painter who made much of his artistic life in the city and left such a deep impression that there are many squares and statues around it, as well as a museum known as the House of Rubens. The tour of this Flemish city includes a number of medieval buildings, castles and churches with Gothic and Renaissance styles that make a visual impact, natural parks that can be visited by bicycle and structures such as large market-type squares, which are traditional in Belgium. Antwerp perfectly combines all the medieval symbols with modernity, so it is a city that is a reference in terms of nightlife, multicultural fusion and design. Moreover, it is a city that respects order and laws, a place whose local government has as its banner self-management and sustainability. Its buildings are classified according to the energy savings they make, and it is the place where more than ninety percent of the garbage is recycled. The visitor will enjoy beautiful evenings at the GroteMarkt and should have on his or her agenda a visit to the world-famous Diamond Museum.

What to visit in Antwerp 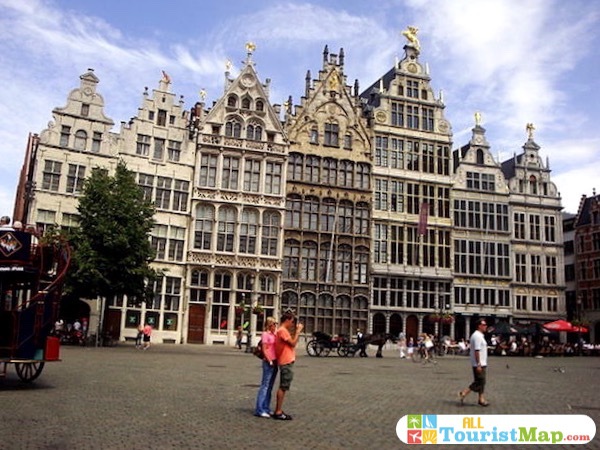 The GroteMarkt is the main square of the city, it is the centre where most of Antwerp’s life revolves. This place was the old commercial square where the economic life of the city flourished and nowadays it is the meeting point and ideal place to eat in the terraces or to taste the beers of local origin. Its structure is beautiful, it is surrounded by buildings with beautiful Renaissance style facades and among them the city hall building, built in the 16th century. Also highlights the statue of the founder of the city, the famous Roman gladiator Silvio Brabo, who faced a giant who tormented the merchants by cutting off their hands if they refused to pay taxes to cross the river. Legend has it that Brabo had the courage to cut off the giant’s hand and throw it into the river, to end the agony of the merchants, and that’s where the city’s name comes from, Antwerp, as it is said in the local language. 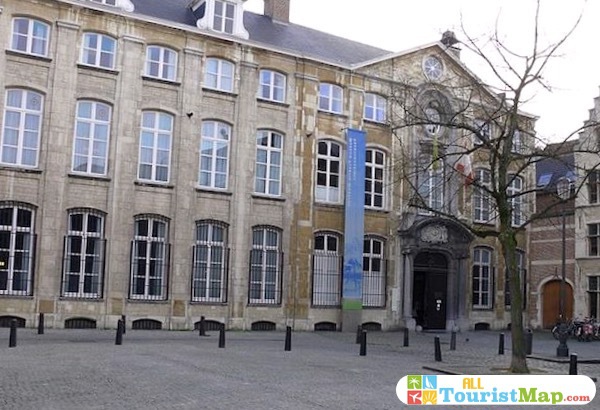 The Plantin Moretus Museum in Antwerp is the only museum that is a World Heritage Site and is protected by UNESCO, with the exception of the Museum Island in Berlin. This exhibition hall is located inside a building built in the sixteenth century, where initially operated the printing press owned by Christofell Plantijn and still the site are preserved two older presses that exist in the world. The exhibition that is on display to the public today is the same one that has been on display since 1876, and the first works were produced in series from this museum. The museum also has an old library, original art pieces and historical archives of great value.

Our Lady’s Cathedral in Antwerp is one of the most beautiful religious buildings in the Gothic style in Belgium and Europe. It is 123 meters high and has a carillon with 547 bells that became the most classical sound of the city and became cultural heritage of humanity. Its construction, which was done on the ruins of a Roman church began in 1352, but did not take place until 170 years later. Inside, there are some beautiful stained-glass windows and priceless works of art, such as the “Descent from the Cross”, the “Assumption of the Virgin” and the “Elevation of the Cross”, all of them by Peter Paul Rubens. 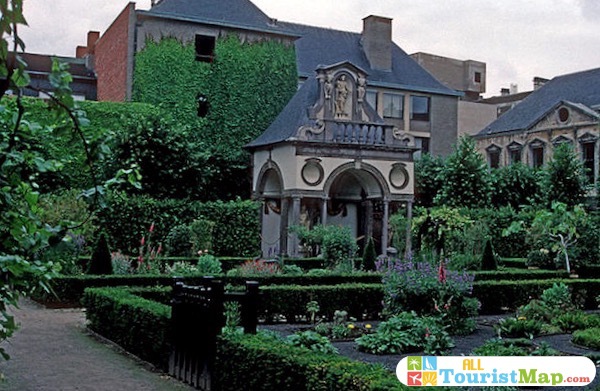 The House of Rubens is one of the most famous museums in Antwerp, as it is the place where the city’s most famous citizen, the world-famous diplomat and painter Pedro Pablo Rubens, is worshipped. There are many places where the image and art of Rubens stands out, they erected a lot of statues and in many historical buildings their most beautiful works of art are exhibited, but in the House of Rubens the painter lived, developed his art and is the symbol where the baroque style of the times in which the artist shone lives. In this site, the painter’s belongings are preserved, as well as his canvases and furniture. To be there is to evoke the life of the famous son of the city of diamonds. 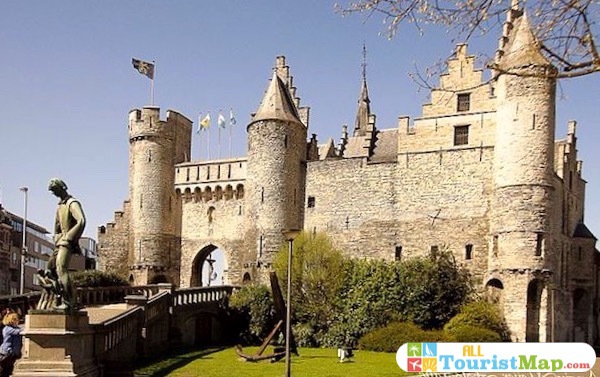 HetSteen is a small castle dating from the 13th century and is located on the banks of the River Scheldt. It is the oldest and best preserved medieval building in Antwerp. There is the statue of the giant Wapper, who, according to Antwerp’s folklore, frightened the city and especially the merchants with the obligatory payment of taxes for crossing the river. It was this giant whose hands were cut off by the Roman gladiator Silvio Brabo and thrown into the river, a milestone that marked the beginning of the foundation of the city. The HetSteen had functions as diverse as a courthouse, a church, family home, warehouse, prison, hospital for disabled soldiers. Today, within this structure is the maritime museum. 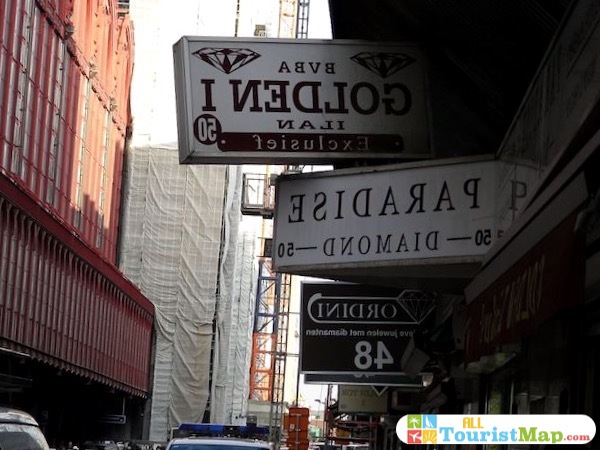 The Diamond Quarter is the heart of Antwerp’s diamond industry and is a must see while in town. Antwerp is known worldwide as the centre for the cutting of eighty percent of the world’s circulating diamonds. There are a number of businesses selling this gemstone, shops dedicated exclusively to marketing, as well as cutting centers, a place where luxury and beauty are part of the tourist and commercial attraction. All located between Hovenierstraat and Rijfstraat. Every year, the stratospheric sum of around 25 billion dollars in diamonds is sold in this district.

The Port of Antwerp 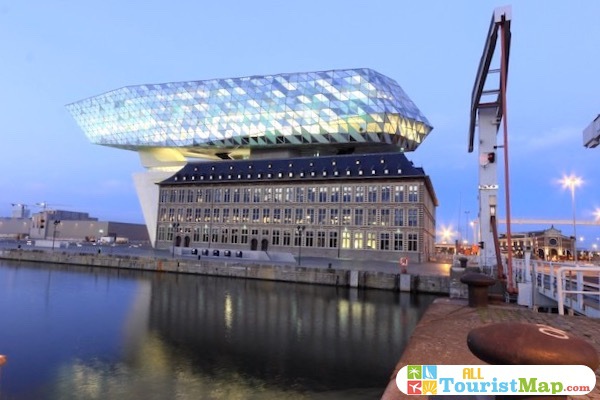 The Port of Antwerp is one of the most important places in the city and has been since the 16th century, the time of the city’s greatest commercial and economic boom. It is an infrastructure of about 150 kilometers long in which ships of great draught dock, and in which the greater part of commercial interchange in the matter of imports and exports of Belgium takes place. The estuary is navigable by ships of more than 100,000 Gross Tons up to 80 km inland. All this makes it a neuralgic port in Europe, as it is the second most important after Rotterdam and the fourth largest.

There are a number of museums in Antwerp that visitors should not miss visiting. One of the main ones is the Museum of Fine Arts, which has a collection of more than a thousand works of classical painting and 1500 works of modern artists. The most fantastic collection of the painter Peter Paul Rubens is also on display there. The Museum of Contemporary Art presents collections of 20th century artists, especially from the 1970s and 1970s. The Museum of the Navy has open-air models of authentic boats. So they are unrivalled collections to enjoy. 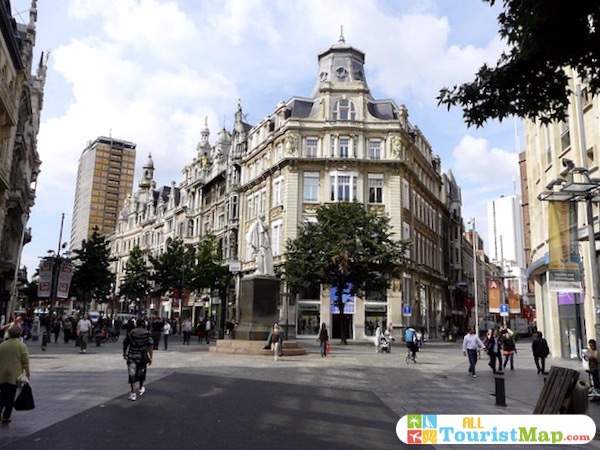 The Mier Street is the most cosmopolitan area of Antwerp and the place that gathers the most beautiful shopping centers, which can be appreciated and enjoyed along its route. In fact, it is the most important shopping street in the city and perhaps in the whole country. Its name comes from the Paleisop de Mier, a former royal palace that was the residence of Napoleon Bonaparte and now serves as a cultural centre where you can also taste good Flemish food, as it also has a restaurant. 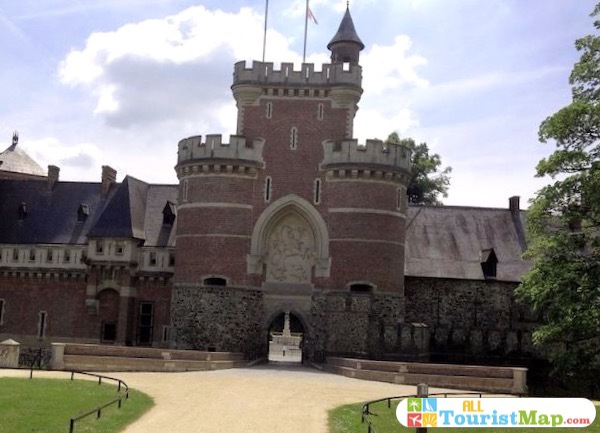 The Gaasbeek is one of the most beautiful and oldest castles in Antwerp as it dates back to the 17th century, but this is a fortification built on top of another one that was founded in the 12th century, this is one of the main historical and interesting sites and in its surroundings is the St. Charles Borromeo Church, built in the 17th century, a medieval monument that represents the most beautiful of the baroque art and that exhibits 39 paintings by Rubens, which although they were damaged by a fire, were carefully restored.

Antwerp’s proximity to cities such as Brussels, Bruges or Ghent offers the option of staying overnight in these cities or in the city of diamonds. For those who decide to stay overnight in Antwerp, there are 129 hotels available for visitors, of which 105 are three-star accommodations and have an average cost of one hundred and forty dollars per night, as the lowest cost. There are also guest houses whose room rent is a little cheaper, as well as temporary rental apartments, but this is a more difficult option to find. There are also lodgings in the city that offer bed and breakfast at prices ranging from ninety to one hundred dollars per night. One of the most recommended is the Hotel IndigoAntwerp, a five-star hotel with comfortable rooms, offering satellite TV and wifi services. In addition, users highlight that it has a beautiful infrastructure, with good interior design and a pleasant treatment of the staff.

Video of the most impressive tourist sites in Antwerp