Bruges, capital of Belgium, a country located in the north of France, is the city that woke up from a long sleep to shine with splendor. In this tourist map you can read and learn about a city that was in darkness for a long time and woke up after a reconstruction to be one of the most beautiful jewels of the old continent. Located ninety kilometers from Brussels, in the northwest of the country, its name is related to the way in German “bridges” are said, in plural, and this is a characteristic of the city, since it has a number of these structures all over the city.

The tourist city of Bruges is a real delight for its visitors, especially its historic centre which has been a Unesco World Heritage Site since 2000 and has been the capital of European culture since 2002. Founded in the 11th century under the encouragement of the Vikings, it grew economically for a period of four centuries in the medieval era thanks to the wool industry, which earned it its place in the circle of cities that formed the Hanseatic League, a confraternity of powerful and industrial cities. This gave it greater political and financial impetus to become, at that time, one of the most prosperous and influential cities of the old continent. When some of the rivers surrounding it became silted up, it began to decline and become poorer until it was rediscovered in the twentieth century to be restored and turned into a splendid tourist destination. 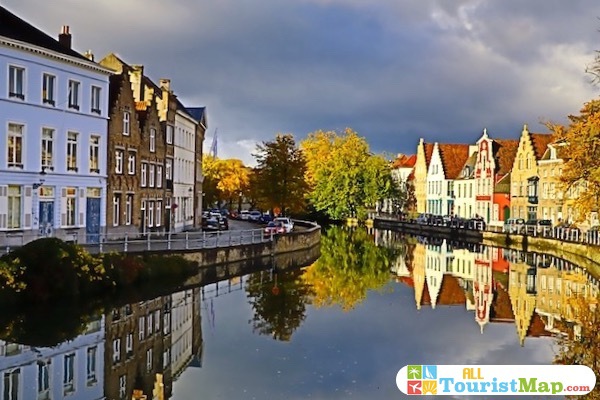 This city of Belgium was the capital of historic Flanders and one of the most beautiful in Europe because it retains a unique attraction: its medieval architecture. Among its main tourist attractions are the number of canals that can be traveled and which earned it the name of Venice of the North. Also, in the historical center there is the largest number of medieval buildings that are in all of Europe, mostly in the neo-Gothic style. And although most of them have been reconstructed, they still preserve that charm of the Middle Ages and make the city the setting of a fairy tale. In Bruges the rains are frequent and the winters are cold due to the winds of the Baltic Sea, but the summers are cool, with temperatures between 19 and 21 degrees and, in general, the temperature is mild but changing, so you have to be prepared to face the climatic variables.

Visiting Bruges is mainly about enjoyment. Bruges has a long list of attractions. Canals, atmospheric squares, historic buildings, museums… Bruges has it all. After its restoration, Bruges became a dream holiday destination, with an almost entirely authentic medieval infrastructure, cobbled streets and countless bridges and canals. To reach this Flemish city, you can take the train from Brussels and almost three million people a year can testify to this, as this is the average number of tourists who choose it as a destination. It is a very romantic city with neo-Gothic architecture. Tourists can visit Saint Jans Hospital, the oldest medieval hospital still standing in Europe, or travel along the Minnewater or Lake of Love, also access its shops, museums, restaurants with the best of gastronomy with a Flemish touch and walk through a city where you can easily think you are inside a fairy tale.

What to see in Bruges 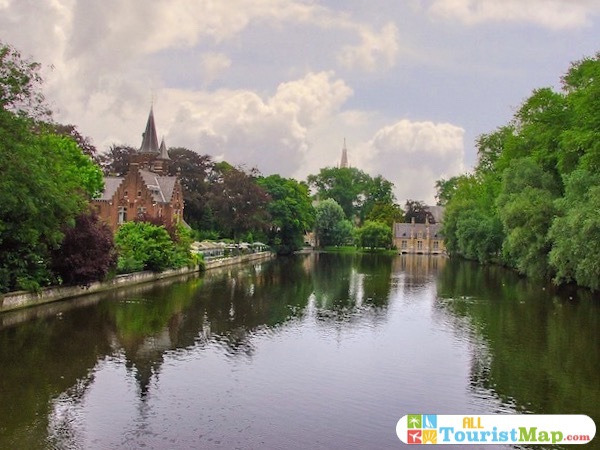 The Minnewater or Lake of Love is an artificial lake that is 800 years old. It dates back to the time when Bruges belonged to Flanders and this was one of the most prosperous areas in Europe. This space was created for ships to have the capacity to navigate, as the natural lakes were collapsed with so many commercial vessels. Today it is one of the most romantic places in the city, where swans abound and one of the most beautiful visual wonders in the summer and spring seasons. Historians still do not define why it is known as the lake of love, some point out that it comes from the Flemish word minne, which means love. Some locals claim that behind the name is a story of love and suffering in which a young man had to see his beloved, named Minna, die and be buried nearby. 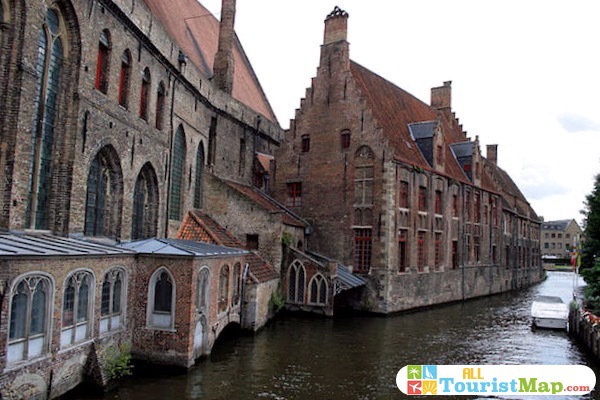 The Saint Jans Hospital is the oldest remaining medieval hospital in Europe. There, religious sisters and priests dedicated themselves to caring for the sick, both locals and travelers and pilgrims. This made it the most important health centre in the Middle Ages in Bruges and its surroundings. Today it has a museum that details how life was in the city in the Middle Ages, how the hospital worked, as well as exhibiting beautiful works of art, especially the Flemish artist Hans Memling, who was a patient of that health institution. 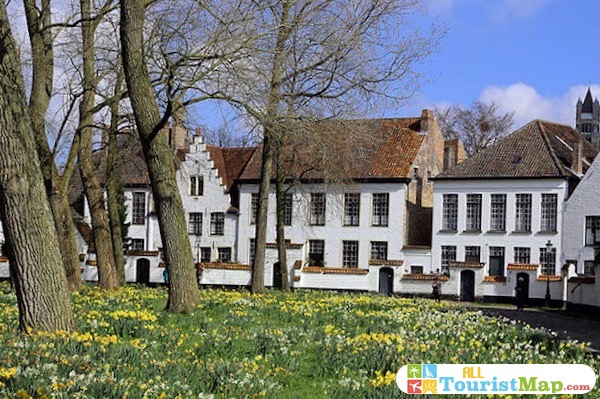 The Begijnhof or Beaterio of Bruges was a miniature town within this town, where everyone was silent. It was the place where many women, both those who were left alone because their husbands were going to war, and those who were left without the possibility of getting husbands, joined together in brotherhood to serve God. This type of infrastructure was created in the Middle Ages, precisely at the time of the Crusades, and it was also a way for women to protect themselves in the absence of their partners. But, in view of the increasingly frequent construction of these structures, which became autonomous, the Catholic Church decided to accuse them of heresy and to eliminate them. The Beaterio of Bruges is near the Minnewater and its entrance is a door with a white façade. This attraction is also part of the Cultural Heritage of Humanity decreed by UNESCO. 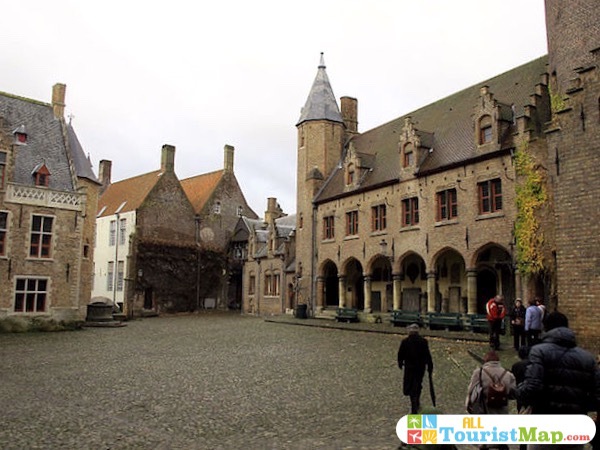 The Gruuthuse Palace in Bruges was once the residence of one of the city’s richest families and is now a museum where visitors can enjoy beautiful facilities that demonstrate the ostentation of the homes of the medieval wealthy, with beautiful gardens and spectacular rooms. The Gruuthuse Museum has a varied collection of historical objects and decorative art from the 13th to the 19th century, including statues, well-known tapestries and furniture from Bruges, gold and silver work, tin, weapons, ceramics and musical instruments. One of the main attractions is an infamous 18th century guillotine, which can be found in the palace armoury. At present, the building has undergone several restoration processes that are expected to be completed by spring 2019 when it will reopen its doors to the public. 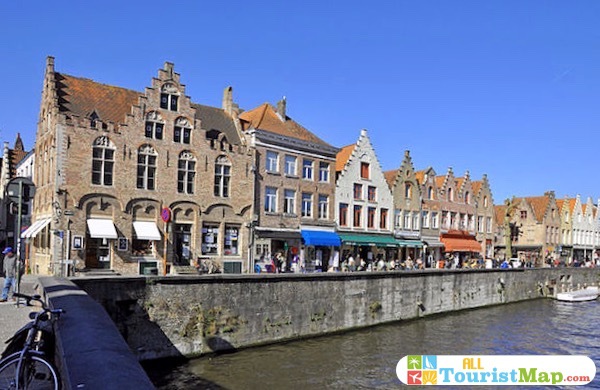 The Rozenhoedkaai or Rosary Quay is one of Bruges’ must-see attractions. This bridge marks the birth of the city because it was the site where the Vikings disembarked in the ninth century to begin land expeditions. This quay was a land that bordered a nascent kingdom of France and the monarch of that country ordered to build a bridge to prevent invasions. This place is one of the most photographed of the city and, in addition to its landscapes, you can go on boat rides, as well as take and eat something on the terraces that are in front. One of the first options is to drink one of the three hundred types of Belgian beer sold there.

Church of Our Lady

The Church of Our Lady is one of the religious icons of Bruges. Its facade is unconventional in relation to other religious buildings as it resembles that of a fortress. It has a pointed tower, built in the thirteenth century, which is about 120 meters high, is built at the tip of bricks. Within its installations you can see the Madonna of Bruges, the only one of the works of the Italian artist Michelangelo that left the borders of Italy and is on display inside this temple, in a side chapel in the area of the museum. It was some rich merchants from the city who bought it once they were doing business in Florence and, although little is known about the details of the negotiation, they were able to carry it to the city of Flanders. 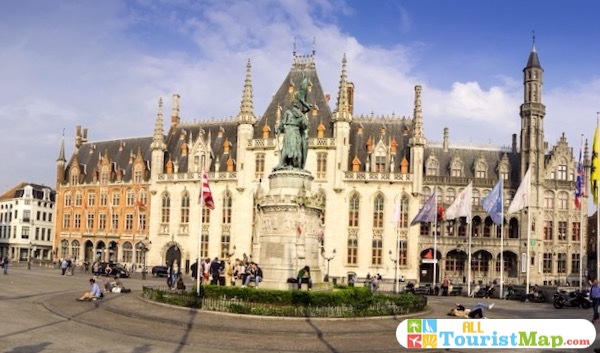 The Town Hall Square is an icon of the city. This town hall was the first of this style to be built in ancient Flanders and from this model the next ones were built in the country. Its devastation began at the time of the French Revolution and the occupation they did in the city, so the sculptures on display in the current building are copies of the originals. Next to the town hall is the Palace of Justice and on the right side is the Basilica of the Holy Blood, which are two chapels that belonged to a castle that was devastated during the Crusades. 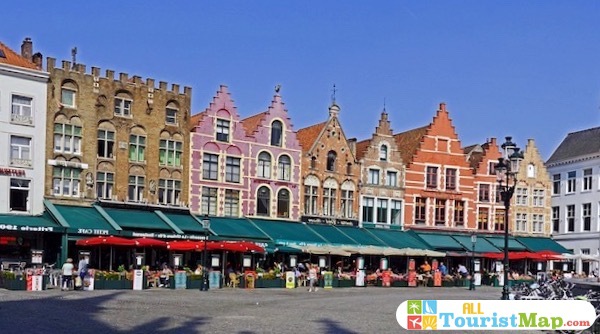 The Markt or Market Square is close to the town hall and is the most picturesque and lively place in Bruges. It was the place where the economic and commercial centre of the city operated and where the transactions of wool and cloth, two of the main products that turned the city into an economic emporium in the Middle Ages, took place. Nearby is the Edificio Belfort, a stone tower in which important city documents are kept and which has the particularity of having a tower with four hundred steps. In the Marrk you can find the best restaurants to taste the gastronomy of Bruges and you can see many horse-drawn carriages. 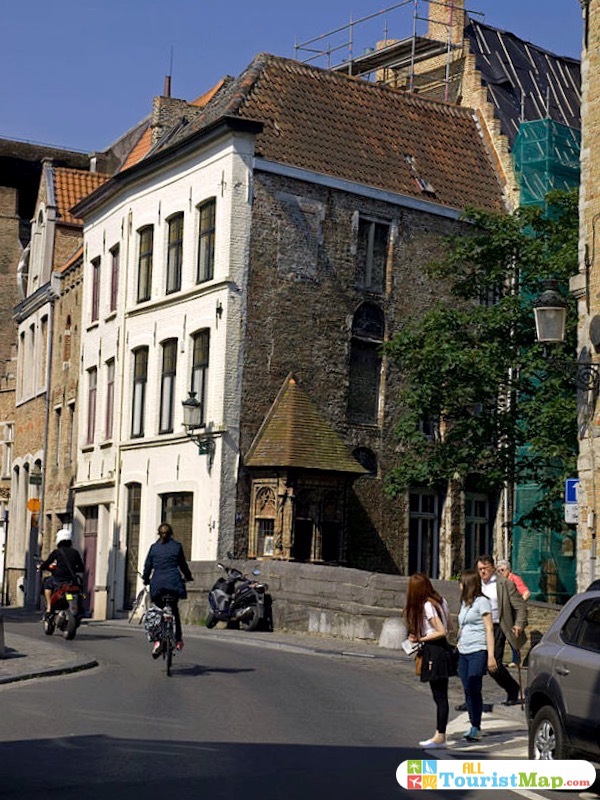 The City of Bruges was the place where the concept of the stock exchange was created. People who want to know about the beginnings of this concept should come to this place, especially in the Vlamingstraat. In the thirteenth century an inn was operated there where merchants met to buy and sell securities. That inn was called “The Stock Exchange” and from there the name of this type of economic transactions arose. In that same area they placed commercial offices, commercial embassies and all kinds of infrastructure to do business. 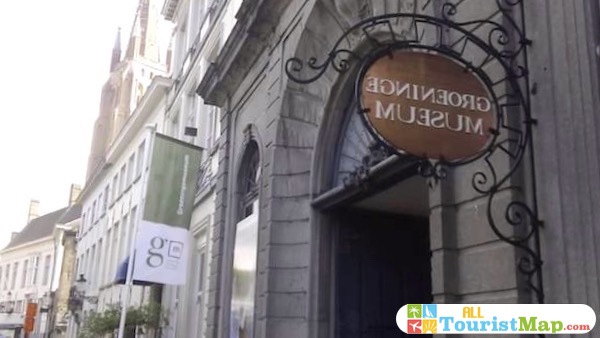 The Gröningemuseum is one of the most important museums in Bruges. The origin of the Gröningemuseum dates back to the first decades of the 18th century, making it one of the oldest museums in Belgium. This museum offers a varied overview of the history of Belgian visual art, culminating in the world famous Flemish primitives. It is located at the end of the canal that follows the Minnewater. Among the exhibitions there is one of the best examples of the art of the Flemish primitives, artists like Jan van Eyck, Hugo van der Goes, Gerard David, who give an account of the Flemish origin and culture of the city. And, nearby is another museum worth visiting, the Arentshuis. They are visited with the same entrance.

Map of Hotels in Bruges

Bruges is a good tourist destination to see, relax and consume the best of the beer as well as the typical dishes among which are mussels with chips. Visitors can choose from 194 hotels in the city, although the most recommended are those adjacent to the historic centre. Accommodation prices vary according to the hotel, there are rooms that cost $16 per night and there are five star hotels that charge up to $96 per night, but the average is between $40 and $50 per night, with comfortable rooms. Among the most recommended hotels is the Grand Hotel Casserbergh, which is a five-star hotel with rooms with private bathrooms, satellite TV, breakfast service and a good location to access the tourist sites. The Academie Hotel also has a good reputation among visitors, for the good attention of its staff and the comfort of its rooms. It has five stars and users indicate that it has first class service.

Video of the most impressive tourist sites in Bruges