Punta del Este’s ability to offer attractions is phenomenal. Its beaches stand out among the most privileged spas in America.  Its geographical location makes it attractive due to its peninsular shape. The luxury, the hotels and the beautiful houses that exist here add that touch of glamour.  This destination is the favorite arrival point of famous people who also want an escape to this discreet but picturesque place. Summer conditions give it an atmosphere that inspires freedom and fun. Its shops, nightclubs, bars and restaurants inject that vitality and lights to the city. This corner next to the Atlantic Ocean has become a magnet for thousands of tourists, of whom the European tourism has been growing vertiginously. Punta del Este tourist map takes you to this oceanic paradise; it is full of good vibes in every urban and natural corner.

Punta del Este is a piece of land blessed with beautiful beaches and concentrated in a peninsula with diverse oceanic activity. Two faces make peculiar this area located in the south east Uruguayan Playa Mansa and Playa Brava. The vitality of each shoreline is opposite in terms of winds from the Atlantic Ocean, being Playa Brava the one that receives all its strength and generates turbulent waters, contrary to Playa Mansa. This particularity gives Punta del Este the predilect conditions to choose the beach activity you choose in the same place. Its climatic conditions, both in summer and winter, give the tourist the opportunity to enjoy each season to the maximum; we are talking about 28º and 0º of temperature respectively. In addition, numerous tourist sites adorn the city offering endless options for enjoyment. This site is one of those that leave the desire to repeat. 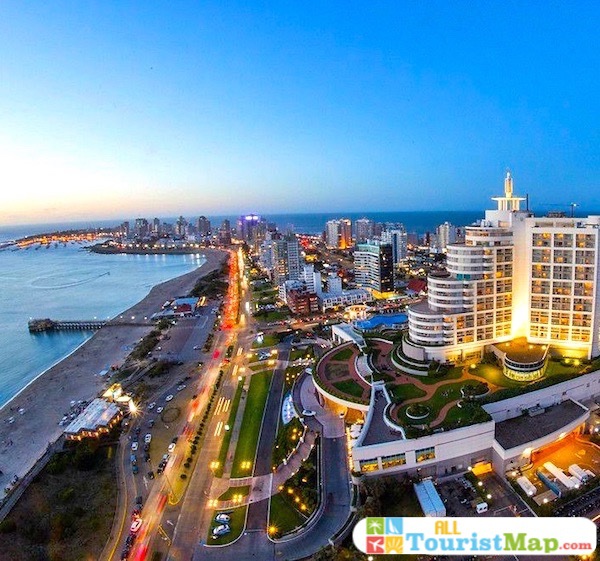 Many are the famous people who have been caught at the tip of the east, throwing an escape. And it is that the urban and coastal offer expands through its luxurious and curious hotel systems. Its center is composed by important avenues full of life and places for leisure. Cheer up to admire its art inside museums and theatrical center. There is a lot of offer and programs that can be consulted in our street directory in Punta del Este, or in the tourist office. Something that makes this window to the sea special are its elevated sites, where the view is enhanced imposing in the sunsets, along with sites with a hallucinatory shape such as Casapueblo. This view has also been exploited by the hotel industry, and even from its port; here come large yachts that adorn the city with a luxurious coastal landscape.

Our tourist guide Punta del Este gathers among the infinity of alternatives, those that by their relevance deserve to be priority in your escape to this paradisiac place. All the information you need and the routes to take, we capture them as a review to be your tool. The activities on the coast are varied, as well as within the city, so we recommend following this thread. Keep in mind that you can go within the city by renting a car or using a tourist bus, for the latter there are several packages to hire by group and tourist routes of preference. There are even packages for marine tours that you can take into account. On the coast there are magical places to explore, such as the world’s largest colony of sea lions and even a look towards the coast is usually a spectacle.

What to visit in Punta del Este 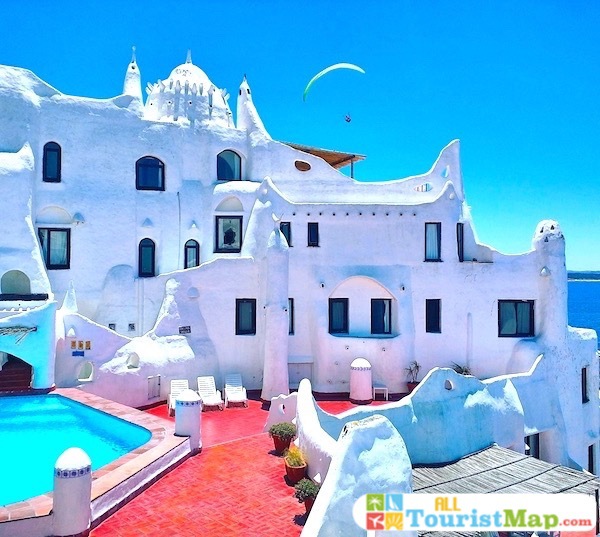 This construction has the particularity of being built by the artist Carlos Paéz Vilaró, who designed its structure like Gaudí, that is, without plans and with his own hands. This work took almost 4 decades to be built and all this was possible in an uninhabited place. This unique construction has gained relevance among the most visited tourist destinations in Uruguay. The irregular cliff gives this construction a magnificent orientation towards the sea. The recommendation is that you come for it, so that you can live the experience inside this house in which some have already dared to tell this space the Uruguayan Greece, for the characteristic whiteness of this work. Its access is to all public every day of the year. Guided visits can be made inside, and if you like you can stay, because it is also a hotel! 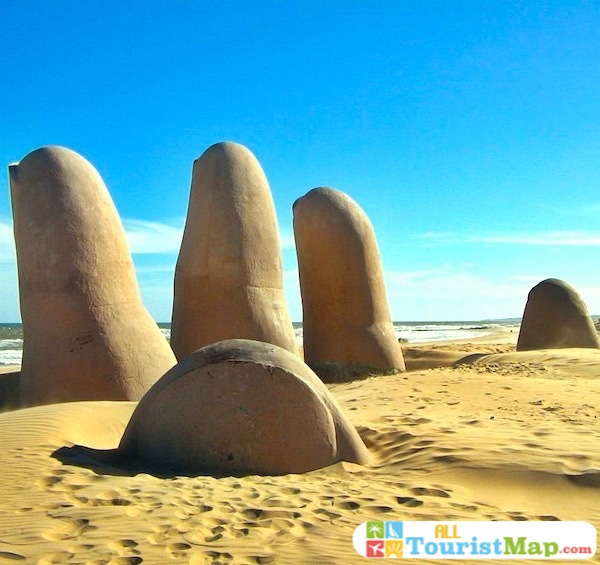 This beach is one of the most famous and preferred spas by tourists, inside and outside the city. It is the favorite place for surfers and other water activities, given the bravura of its sea. Even in this place is an important place for surfers, meeting point of the movida. In the same way for all tastes, the beach has to its surroundings diverse places for the encounter. One of the most striking attractions of the beach is its famous finger sculpture. This work comes from a festival of sculptures held for the first time in the area. As we mentioned, it is the favorite beach for adrenaline lovers on the water so take precautions and you’re just passing through with your family. It has parking, and premises to taste good food. 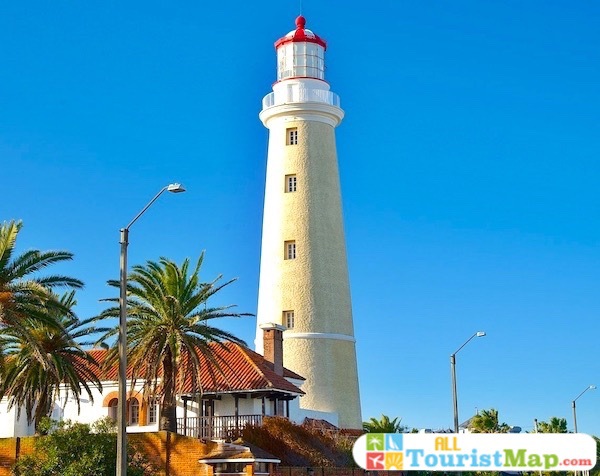 This lighthouse dates from the second half of the 19th century, and its activity includes the navigation channels of the Atlantic and the Río de la Plata. Today its structure is integrated thanks to long-lasting volcanic materials, coming from Italy and used for its construction. At first it was thought to be installed in Lobo Island. At the request of the fishermen regarding the habitat of this island, it was decided to build on the peninsula. Its interior is accessed to its upper part by a spiral staircase, consisting of about 150 steps. Once in the upper part you can enjoy a viewpoint to the firmament, with numerous boats, the open sea and the coastline as background. It is important to know that visits to the interior are possible only on two days in October, specifically on Heritage Day. 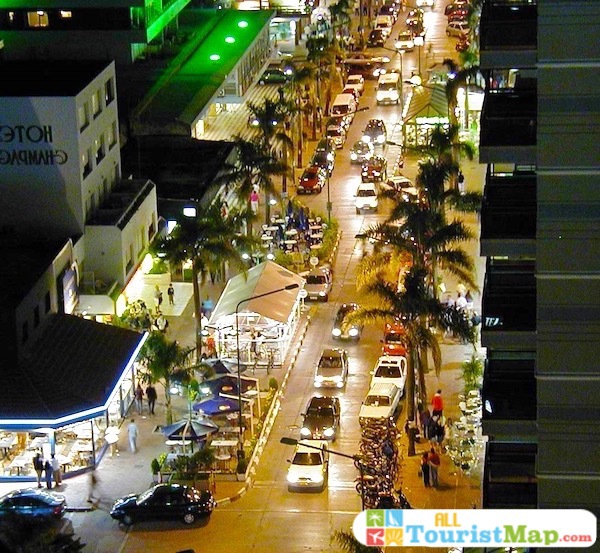 For those who visit Punta del Este, this avenue represents an obligatory point for the walk. A large number of establishments are located along 10 blocks; pubs and art galleries are the best leisure offer in the city. It is very popular among the young people of the city and it is usual to observe tourists from all over the world walking, looking for curiosities or experiences in a cheerful atmosphere and full of palm trees on their sidewalks. For summer days the activity becomes intense, starting from very early in the morning until late at night. His name bears the surname of Juan Bautista Gorlero, who was the driving force behind tourism in the city at the beginning of the 20th century. So popular is this avenue that the greatest number of real estate agencies make a battle to offer the best places to live. 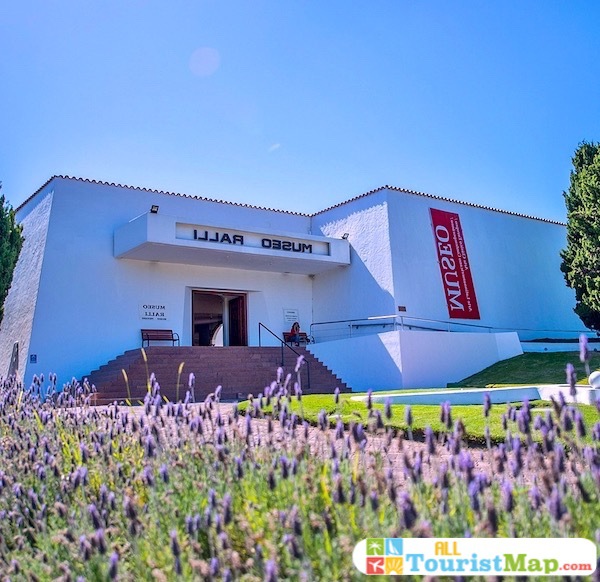 This museum is a project of the Ralli Foundation. It was conceived to project the talent of Latin American artists worldwide; this is the pioneer among the five that have made the opening and gave rise to this beautiful initiative. The exhibitions are composed of the contemporary art of its most outstanding exponents of today. In addition, this museum houses sculptures by Salvador Dalí and John Robinson. In one of its rooms are reserved art exhibitions from Europe from the sixteenth to seventeenth century. Their visits are devoid of guides and interpretation elements. This orphanage has a why; from the viewer’s experience from perspective and insight marks a unique concept of artistic enjoyment. The free interpretation that the spectator gives to the artistic works is the concept of the museum. It is a place to go in absolute freedom.

This museum is a conceptual proposal of the artist Pablo Atchudarry, native of Uruguay. This idea is born with the purpose of placing the spectator an interactive dynamic of the plastic arts and the promotion of them as an indispensable discipline for individual and collective development. Outside, a mixture of sculptures awaits you, in harmony with the noises and naturalistic colors. It serves as a platform to promote talents of all levels in the arts; most temporary exhibitions are held between autumn and spring. The enclosure is equipped with an outdoor auditorium, restaurant and the main attraction of the complex are the sculptures of its surroundings, which merge with the green of the surroundings. The main works are by artists from Europe. 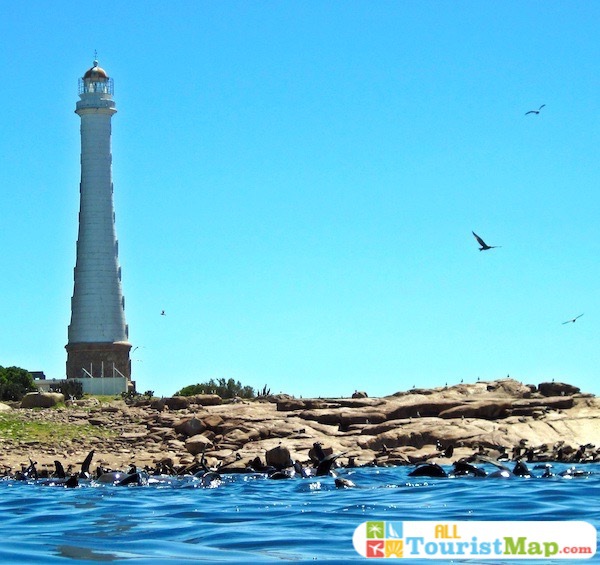 From the port of Punta del Este you can take a boat to reach this island, which is more than 8 kilometers from the coast. In the world you will not find a marine sanctuary as majestic as this one, for its size and quantity of specimens that make life there. There are almost 200,000 sea lions in this paradise. In much of the world you will find specimens from this island in different sanctuaries and water parks. There are other visitors to the island such as elephant seals, and numerous species of seabirds. On the island there is an unmanned lighthouse almost 60 meters high, built in the early twentieth century with a change of action of 40 kilometers, its interior is visitable and you must overcome the almost 250 steps to reach the top and make an excellent panoramic view. 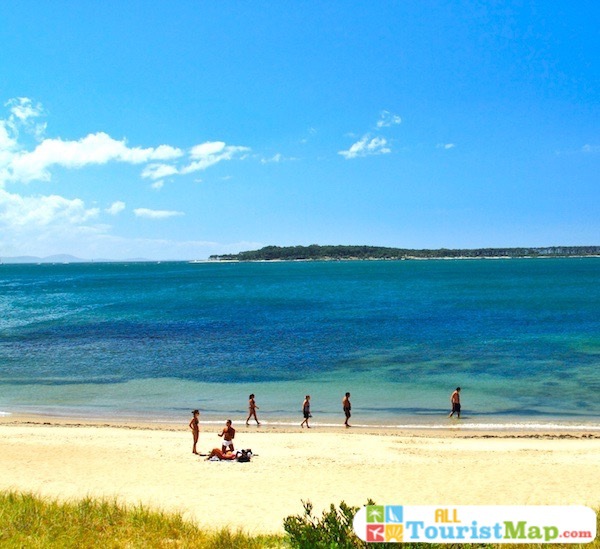 It’s the other side of the coin. As we said above it compensates for the intensity of Playa Brava. The tranquility, the absence of waves and the softness of its sand makes it the place for relaxation, an idea for the elderly and children. And of course there are water sports that do not require so much waves and strong winds that tin the order, such as widnsurfing, boat rides and jet skis as well as large floats, all these options can be rented. Also the sporting events on the sand fill this beach with life and the options are suitable for all tastes and ages. Playa Mansa next to Playa Brava mark the culmination of the Río de la Plata and the beginning of the vast Atlantic Ocean. 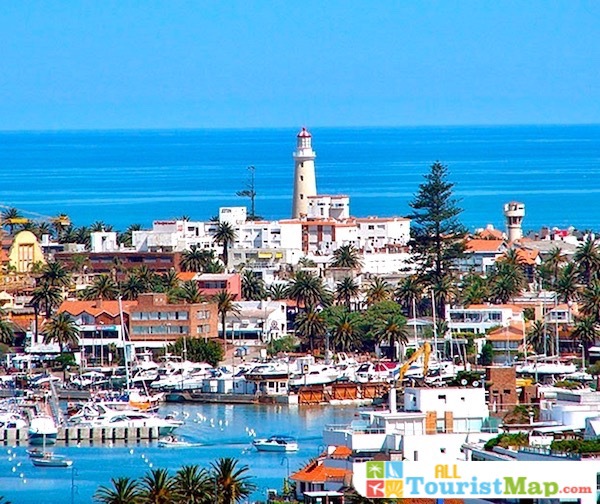 It’s the historic area of the city. Inside this helmet they continue standing numerous and important buildings loaded with history and beauty. The experience of Punta del Este is complemented by the traditional style of its houses and beautiful gardens. The original name of this place is Cabo de Santa María de la Buena Esperanza. Like the other historical centers, the one of Punta del Este has its favorite place, being the Lighthouse of Punta del Este, which by the way is in the highest zone. It also highlights an ancient tower of almost 100 years that carries out work of meteorological record and finally the Church Candelaria with a beautiful facade, honoring a coastal city with its colorful ocean.

Punta del Este boasts a robust and luxurious hotel variety. It is not for less in a beautiful bay like this, and what better than the fame that has given it different personalities worldwide who choose this paradise as an escape. Map of hotels in Punta del Este shows you all the alternatives for a comparative and correct decision. Our recommendation is the Atlántico Boutique Hotel is an ideal place to rest, located in the middle of the Punta del Este lighthouse. It has spacious bedrooms with WiFi and satellite TV. It also has independent apartments with comforts and independence for cooking and acclimatization. In the summer season it opens its swimming pool to the public.

Video of Pontevedra, images of the most impressive destinations