The tourism of which very few dare, but which is on the lips of many is lived in the ancient Saigon; Ho Chi Minh. It is no longer just for the risky, it is a merely open city that possesses a bit of everything: culture, tradition and modernity. Join us on our Ho Chi Minh tourist map to discover those places that make it memorable both for the footprint left by the Vietnam War and its thousands of years rooted in legends and dynasties. Of course French colonialism also leaves its influence on it. Here the motorcycles sing a thunderous melody, which in turn forces you to travel to small urban paradises in search of fun and contact with the autochthonous. You will be surprised at how open this society is and that it takes you by the hand to show you how to live in this chaotic and attractive city.

It is the most populous city in Vietnam and industry has led to it becoming an advanced city. It has understood over time that freedom and entrepreneurship can channel a competitive growth to place Vietnam among the emerging economies of Southeast Asia. It was the colonial capital of French Indochina and its conflictive past is related to its neighbouring countries. After its independence, it went through a period of conflicts which, due to its strategic position, played an important role in the Vietnam War. Today, with Hanoi as the capital of unified Vietnam, it adheres to the economic reforms of industrial development, making it one of the most thriving cities in Asia. Its current name is a tribute to the communist leader who managed to unite the north with the south achieving dominance over the dispute with the west. 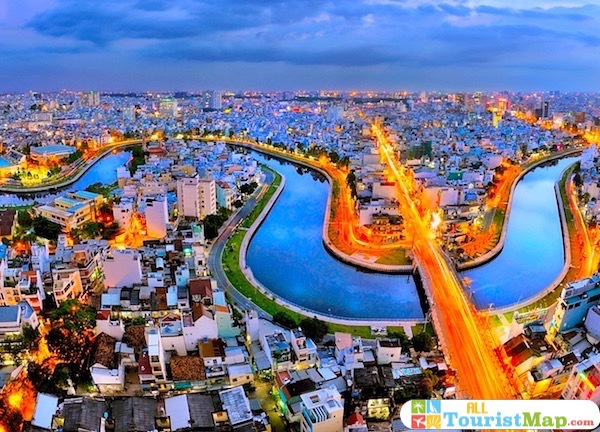 The times to visit Ho Chi Minh can be any in the year. Its subtropical climate allows it to have a cool and hot environment at the beginning of the year, and from April a little rainy. The summer would be an excellent occasion to kick its streets and even go by bike or motorcycle in search of curious places. The Jade Emperor Pagoda is always the first choice, but many people eager to know the history come to the Museum of the Remains of the Vietnam War to look for evidence of that war past of this controversial city. This is also experienced in the Reunification Palace, more for curiosity about the closing of this chapter of conflicts. Don’t forget these points if you are in the middle. Nature also has something to tell, and the Cuchi tunnels represent one of the main attractions.

If you are still undecided about the ideal season to travel, as an additional fact we mention that from August when the festivities are usually manifested the city tends to be crowded with tourists. It’s a question of what you want to do and what to visit in the city. In any case there are places that always go on the list and in this tourist guide of Ho Chi Minh we show them to you. Surely you will learn enough and get excited about them, that your desire to go will soar. Follow our routes and you will easily stumble upon all the magic that surrounds this city.

What to see in Ho Chi Minh 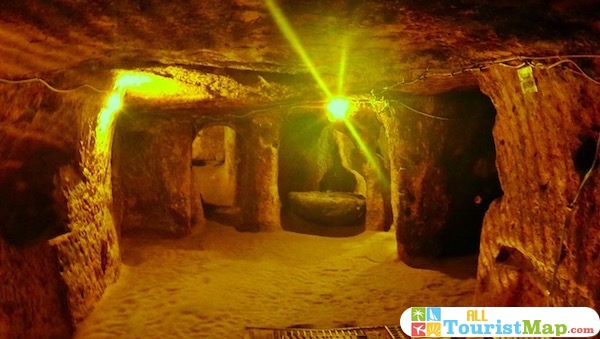 The complex of tunnels used by the Vietcong to guard against attacks by American troops is now a much sought-after attraction by foreign tourists. So much so that many people and travel agencies have been responsible for designing specialized tours. The so-called extreme tourism has been gaining popularity in Southeast Asian countries. And Vietnam with its recent past has made many people prepare to live an experience in realistic scenarios of warlike action. With a map and a guide you can embark on a labyrinthine journey. Each station is an accumulation of curious data as well as elements belonging to the original scene. You’ll see bunkers, traps and craters caused by bombs dropped by the U.S. Air Force. But like any extreme experience, you’d better be in good physical condition because of the very narrow tunnels you’ll have to go through to complete the tour. 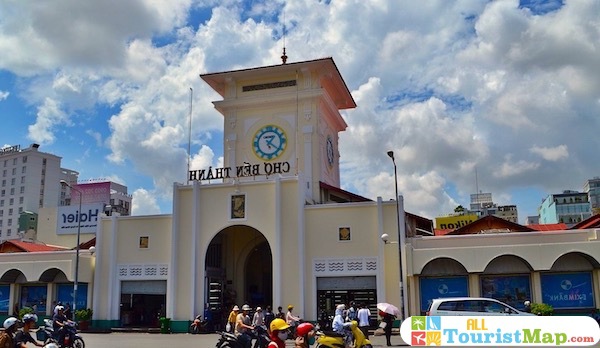 It’s the favorite place for tourists to take a stroll in the typical Asian market. Located in the heart of Ho Chi Minh, and open every day of the week. Traditionally it is known as the Marcado de Saigón; let’s not forget that this was the name of the city. It is an excellent opportunity to acquire the traditional Vietnamese clothing as well as souvenirs and handicrafts that tourists often take as souvenirs. The market is very extensive and a wide variety of goods. Practically we would say that what you don’t get in this market you won’t get in the whole city. Apart from shopping is a good time to taste their street food and typical cuisine. Imagine that you are in a Turkish market, as the locals will want to take advantage of your pocket.

Museum of the Vestiges of the Vietnam War 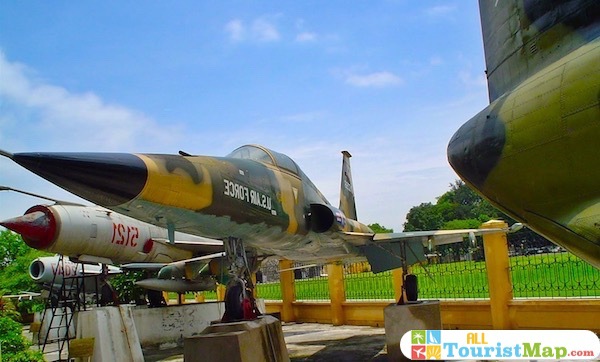 Vietnam is known for the famous Vietcong resistance war against the U.S. invasion. But it is true that at various times it was involved in conflicts with countries such as China and France. This is what the museum is all about, to rearrange the entire war past of this country through the exhibition of weapons and vehicles used during the conflicts, as well as destroyed pieces of enemy machinery. It is an excellent opportunity to see from the Vietnamese point of view the version of the conflicts. The contrast you were looking for that the official history usually reviews. In particular it makes an approach through visual elements of the famous Vietnam War. It takes you to learn more about the communist militias, the Vietnamese uprising and the armed forces of the day. 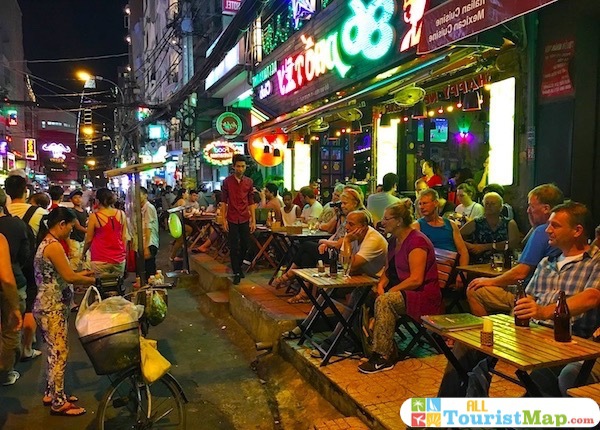 Bui Vien is very popular for being a concentration point for backpackers. It is common to see people from all over walking this street, many of them seeking to mingle with the Vietnamese; that is, the experience of letting go and letting go of the city. Now if you’re looking for some fun at night and a good drink, then Bui Vien is the place to be. And the flame of fun remains intact until late at night. But what really makes this street so tempting? In addition to the large number of restaurants, bars and hostels at low cost you can catch the young spirit of the locals who meet to clear up after a day’s work. What you drink and eat is characterized by the exotic of India and China. 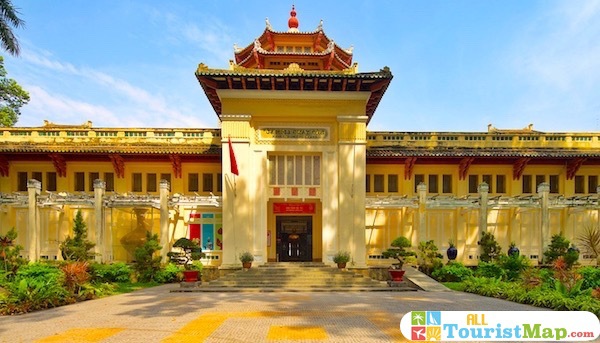 In the history of Vietnam much has been told. And beyond its turbid modern history, this Asian country has its origins since the Palaeolithic era. Since then, countless invasions have allowed a mixture of traditions and customs. Through original and interpretative objects in this museum we will be able to understand from antiquity to our days what makes Vietnam a unique country in culture. The collections of the Dong Son culture and the objects alluding to Lord Shiva show the varied influence. Ceramic, metal and wood artifacts are key to understanding the different periods of foreign domination and religious castes that influenced the region. More than a cultural journey, it represents understanding from the beginning of Vietnam. Its doors are open every day of the week, except Mondays. 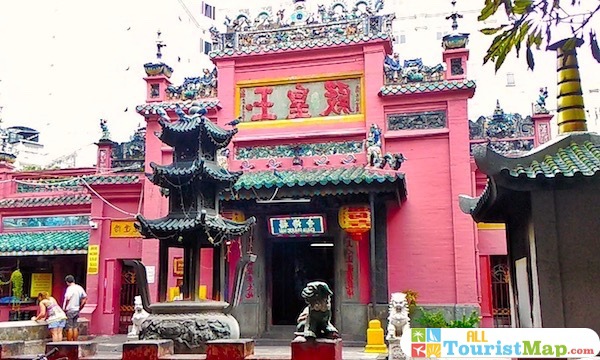 Maybe we missed a point, but we assure you that in all Vietnam religious art will not be as well represented as in this Pagoda. It is common to see the site full of monks and faithful Buddhists; it is one of the Pagodas with the most activity nowadays. It is impressive the wood engravings that cover the interior of the same one reflecting with details the forms allusive to the turtle and to Buddha. The interior sections can be covered under an orderly guide if you prefer. Be sure to visit its terrace, where you can have a panoramic view of the environment. Many come to the Hall of Hell, where the representations of eternal punishment speak for themselves. As it is a very frequented place, we recommend going early to avoid tumults. 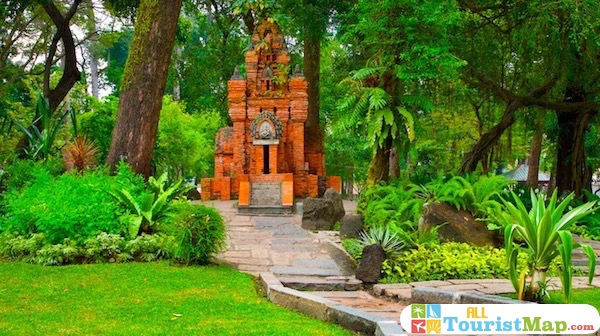 We are in front of an excellent park, one of the best that you will find in Ho Chi Minh; the ideal place if you go to visit with the family because its natural environment, will give you a beautiful evening. They are about 10 hectares full of different plant species that act as a force field that will keep you away from the noise of the city. Stick to the good vibe of Tai Chi that is practiced by the locals in the park early in the morning. So enjoy the cool weather before the sun reaches full. Walk through the trees and discover sculptures alluding to ancient temples and towers. At night, the climate and sunset bathe the place with a serene atmosphere that many enjoy sharing the space with the inhabitants of the city. It is an experience of harmony and liberation of the spirit that you must take advantage of. 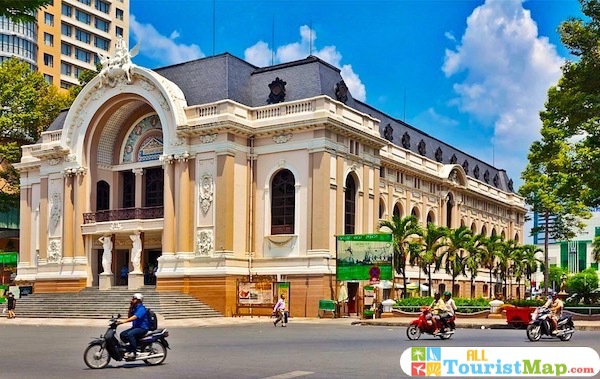 The contrast with the traditional we tend the French architectural influence. And we insist that the history of Vietnam has left vestiges for the embellishment and cultural progress. This theatre is proof that the French Indochina left positive things for its inhabitants. The beauty and culture of this opera house gives a lot to talk about outside the country’s borders. During your stay in Ho Chi Minh you should take advantage of this site to visit. Although at first it didn’t fit in with the local ideology, its facade elements that gave it that Parisian touch persist, despite the withdrawal of its artistic elements until the end of the twentieth century. In addition, if you are interested in what a local scenic interpretation would look like, you can take an itinerary. You can choose what to see in the wide repertoire presented by this magnificent theatre. 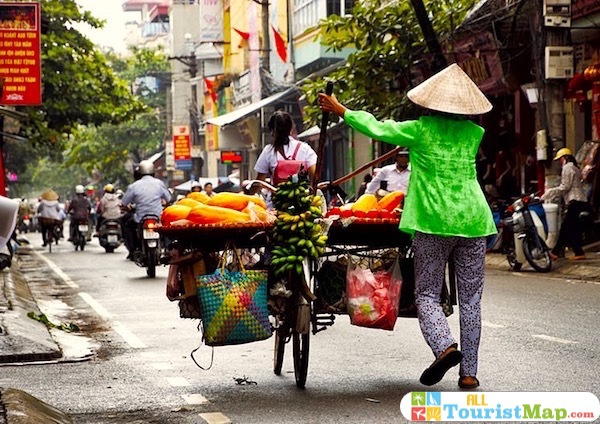 Here is a street that shelters backpackers but more extensive in terms of accommodation. In its shops you will find all kinds of goods and places for leisure and spend it in a friendly atmosphere. It doesn’t matter if you plan to stay on this street. What matters is that being one of the busiest places is a sanctuary for tourists everywhere. Surely you don’t want to spend at least one night without taking a stroll around the city and making a reconnaissance in its alleys that connect two large main streets full of street food and bars. The good thing about this place is that it is only a few minutes walk from the main attractions of the capital, such as the war museum and the Basilica of Notre Dame Saigon. The name of this street corresponds to a historical character from the 13th century.

There is no doubt that the old Saigon, due to its size and its tourism, has an extensive and varied range of accommodations. From luxurious hotels to inns, and as time goes by people here reinvent themselves with new concepts. There’s something for everyone. To help you locate a hotel near your favorite places we have in this Ho Chi Minh hotel map a display of favorite places to leave your criteria. As accommodation is not something we have to worry about in monetary terms, we recommend you take advantage of the benefits and luxuries of the New World Saigon Hotel. A few steps from the Ben Thanh market, is equipped with a swimming pool, gym and a spectacular restaurant.