The peculiarity of doing tourism in this city is to go to the jump from island to island to enjoy every facet of this capital city of Sweden. Stockholm tourist map shows you what is hidden through its main islands. The most prominent to make plans to come and meet this city linked to the Nordic and medieval culture. At the same time it is modern and has an excellent standard of living. In addition, the water as a border between its main sites is the familiar face that you must embrace through its bridges and river transport system. There are beautiful cities in Europe, and Stockholm belongs to that select group. Especially in spring or summer, where water amplifies the beauty of its main facades through its reflection. Experience the dynamism and curiosity of its urban and historical sites. Come to Stockholm.

Stockholm is the capital of the province of the same name and of the country. It represents one of the largest Scandinavian nations and an excellent tourist destination, deserved by its Nordic culture, the charm of the landscapes and the water, as well as the high quality of life. It has a total area of 381 square kilometers where almost a million people live, under a humid climate, with an average of 7 º C in winter and 17 º C in summer, with high rainfall in rainy seasons. It consists of a group of 14 islands, being Stadsholmen or rather, Gamla Stan, the origin of this network of small islands and current historical center of Stockholm, with its narrow streets, some of them do not exceed one meter wide. 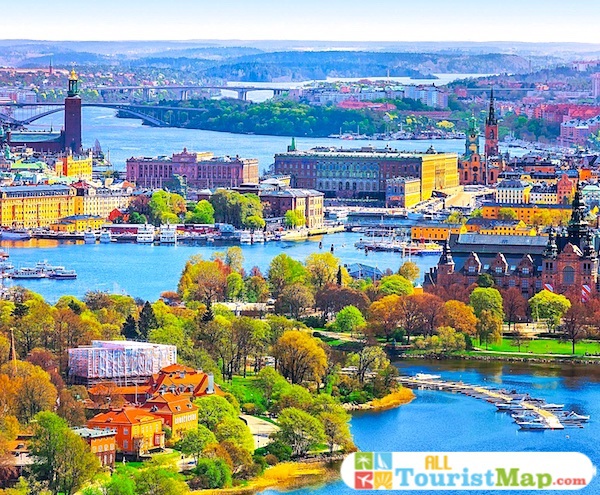 Djurgården is another of the main islands, where the aristocratic and cosmopolitan atmosphere is concentrated, along with important sites of interest. There are many things and places to visit in Stockholm. The tour can start in the historic centre with a visit to the Royal Palace or the city hall as a starter for architecture. From the town hall tower or the dome of the Ericcson Globe you can take in some spectacular views.

The Scandinavian culture is very interesting and the influence of the Middle Ages made this city a treasure chest, and traditions. Our Stockholm Tourist Guide will help you to find out about those places you should not miss on your visit to the city. Apart from landscapes and historical sites, Stockholm offers an excellent nightlife, and its main sites can be found in our street map of Stockholm. We always take into account what we value most, so we draw up for you the routes to follow that connect the most important places. We like to make sure that your trips through our tourist maps are as enjoyable and understandable as possible.

What to visit in Stockholm 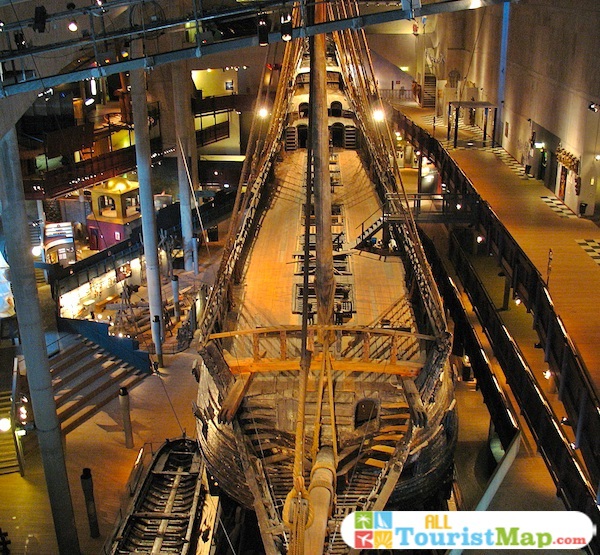 The main attraction of this museum is the ship Vasa, a warship that was shipwrecked in the 17th century due to excess cargo. This ship is a symbol throughout Sweden and people are proud of it because it has been preserved despite its short life. Almost all of it is the only surviving ship from that period. Its hull and interior have fine artistic designs that make it a monument of international stature. The museum, which is located on the island of Djurgarden, has earned a privileged position among the most visited tourist sites in the city. Although the museum is a work directed to exhibit this marvel, it also presents in its exhibitions elements related to it. Souvenirs and food should not be missing, so the tourist has other options within this wonderful place. 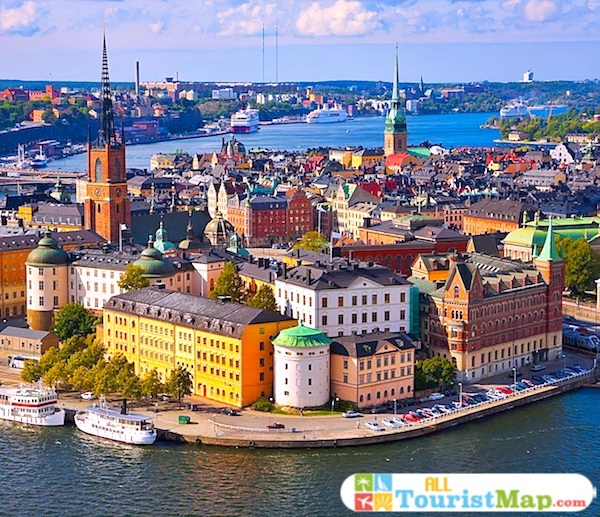 It represents the historical centre of Stockholm. Practically everything from its foundation to its expansion to the newer periphery originated here. Like the other major areas of the city, it is located on an island. The route is very curious, you must cross super narrow streets that do not exceed the meter wide, such as Maten Trotzigs. You can access and leave to other areas of the city through barges or ferries, whose ticket is about 4 euros, these being useful also for land transport. The town centre has beautiful, colourful medieval facades. Its Stortoget square makes it an excellent place for a walk. You can even drink some hot chocolate drink to level out the low temperatures. You can ask for a guide at the tourist office for this particular site or add a complete itinerary.

It is the Town Hall building and its location on the shore of the canals makes it attractive while you are boating. The Romantic style of Sweden is concentrated in this wonder made of red bricks and an imposing tower. Its construction began in the first decade of the twentieth century and has an Art Nouveau design.  It has a number of rooms, highlighting among them the Golden Hall, where it shows the event of delivery of Nobel Prizes. The tour is possible thanks to the visits that are programmed in advance. To access its tower there are not so many restrictions, however visits must coincide with the first official schedule of visits which includes 10 am. The tower has its viewpoint with the best panoramic view of the city center. Inside there is a souvenir shop open to the public in summer. 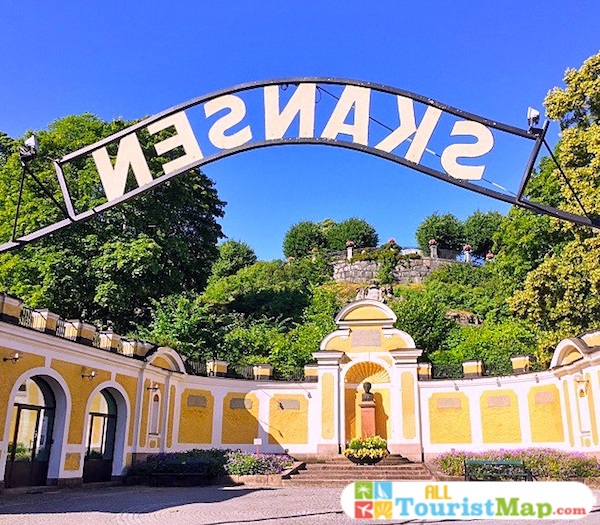 It is said of a small village with all the main buildings, which illustrates the Swedish way of life. This idea was carried out at the end of the 19th century right in Djurgarden. It’s worth setting aside a few hours for a tour through its traditional farms, market, churches and municipal buildings with a traditional design. These are 150 architectural pieces that were taken from different corners of Sweden and brought here. It is an original Sweden within the modern Sweden but still retains its spirit. You can not escape from their delicious food, in one of their posts distributed by the enclosure. To enter the park you can use the Stockholm Pass, so there is no need to pay, or you can book your ticket and find out about the opening hours on the official website. 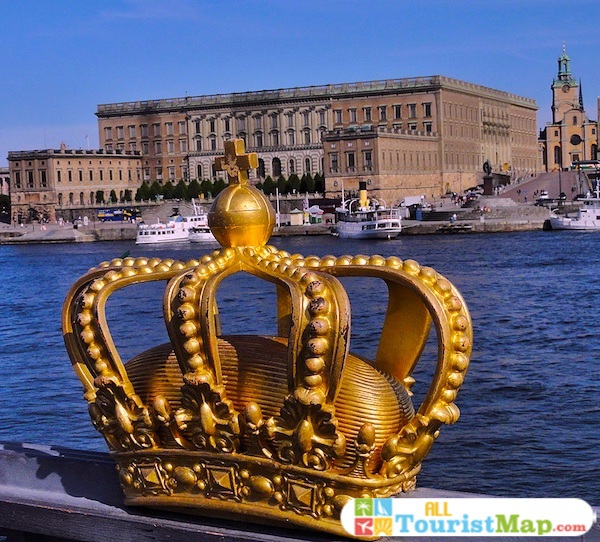 This palace is composed with a style of baroque bases. Located in Gamla Stan, the historical center, it is used as a site for bureaucratic and protocolary acts of the royalty.  It has an impressive amount of rooms, which are around 600. This construction has been raised in the eighteenth century on what was a fortress dating from the thirteenth century, it was destroyed in a raging fire. Nowadays there are few remains of the fortress, built by the founder of the city. Nowadays it is one of the most visited places in the city and along its 7 levels you can visit outstanding places, such as, The Armory, The Royal Chapel, The Museum of the Three Crowns, the Treasure Chamber and the Antiques Museum. 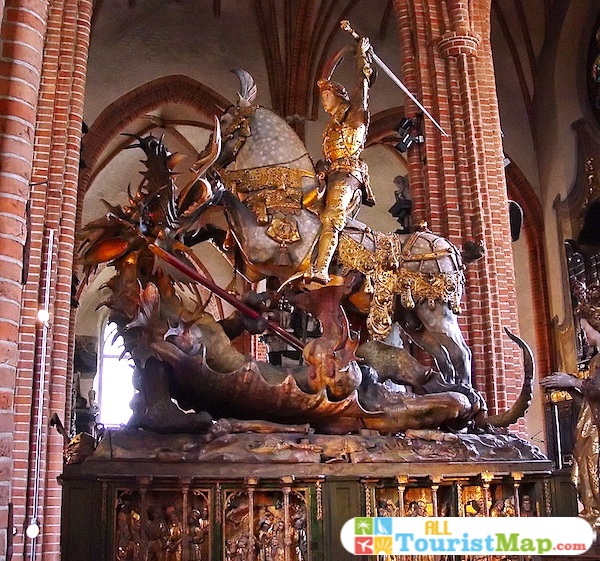 This cathedral is perhaps the most important and oldest in all of Sweden. In Swedish it is called Storkyrkan, and in Swedish idiosyncrasy it is nicknamed the Great Church. It has a baroque style with a history of 7 centuries. It’s located within the historic center of the Gamla Stan and in the mid-20th century acquired the status of cathedral through the creation of the Diocese of Stockholm. Its interior houses valuable artistic treasures, ancient paintings and sculptural jewels of the Dragon and St. George, carved in wood. It also treasures relics of this saint. It has a single tower and its main material is plastered brick. From the 13th century onwards, after remodelling, the Gothic style became part of the style of this church. The schedule of visit includes between 9 in the morning, until 6 in the evening.

A different option is this century-old amusement park. Besides preserving some of their original games they have been able to innovate with attractions like Free Fall. With a height of 80 meters you can get a beautiful view just before a discharge of adrenaline for the jump you must give. This park is located on the island of Djurgården. The ferry that is used to get here usually stops right in front, what a view as a prelude to the fun that awaits you. There are about 30 themes to enjoy. In the tunnel of love or the haunted house you can put your emotions on fire with these attractions. The park has an open-air stage where artists of international stature usually perform. It also has places to eat something while taking a break. Try not to do anything extreme after lunch. 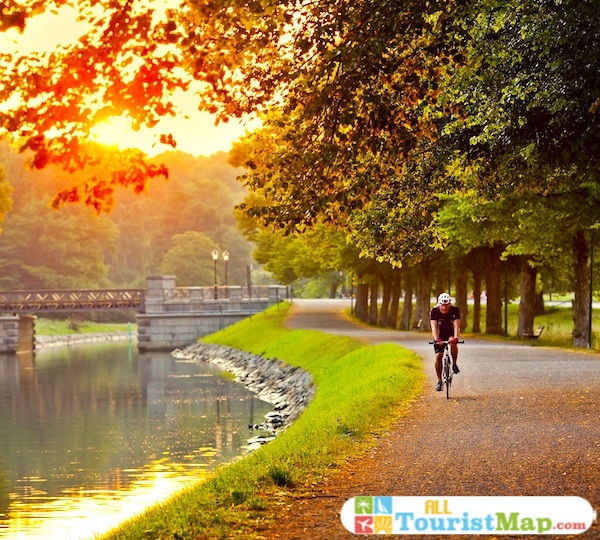 In Swedish, KungligaDjurgården, or Kungsan as it is colloquially known, is the favorite place to go for a walk, or to run while breathing good air. Holding hands with someone and enjoying something delicious to the palate is appropriate in this beautiful place. This park is ready for open air shows in summer times, in winter times in the same way but obviously related to the ice. It has 4 important areas, the same are the square of Charles XII and Charles XIII, the Wolodarski and Molin fountains. It has a beautiful rose garden called Rosendalsträdgård where you can taste a delicious coffee in a traditional style. This place injects life into Djurgården, the capital of the city and an area noted for its modernity and elegance. 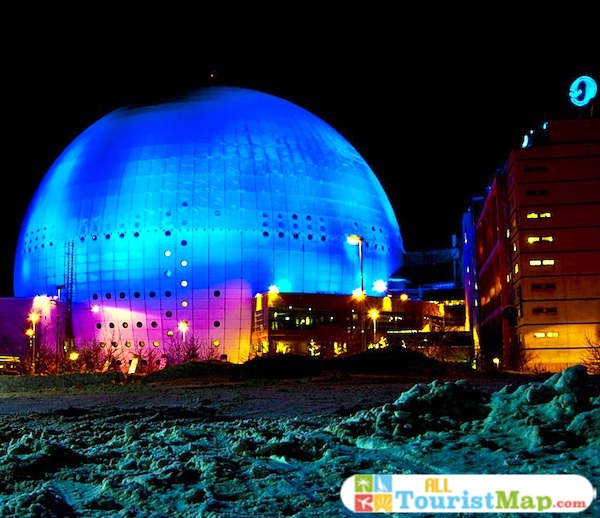 Modern Sweden has among its icons this magnificent balloon-shaped construction. The Ericsson Globe, or Globen as it is colloquially known, is usually a typical and yet majestic sight when walking around Södermalm, with majestic we understand with its wingspan, which is certainly the largest in the world in its style, but especially with how perfect its spherical shape is.  At the end of the 80’s this work was inaugurated, ready to accommodate some 16,000 people. It is a multifunctional stadium, in terms of the variety of sports that can be performed there. It also lends itself to artistic events and any other purpose that fits inside it, such as the Eurovision Song Contest. Its height of 130 meters has a glass annex where you can climb and get a beautiful view of Stockholm. 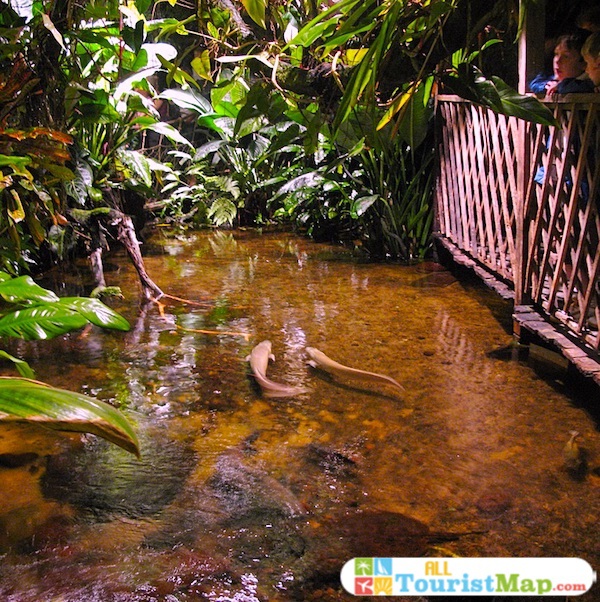 This museum has interactive themes distributed in areas that denote different geographical zones. Each area has its own aquatic life, either marine or river. From tropical environments, with the Amazon as the main reference, through the seas of this tropical region, giving an exhibition of the flora and fauna that live there, including everything about the marine regions of the Baltic Sea. Each ecosystem is well interpreted. You can accompany your tour with something to eat, thanks to its cafeteria. The museum is located on the island of Djurgården.

It is not that expensive to enjoy in Stockholm, the same applies to accommodation, whatever its type and form. This is not to say that the most accessible to our budget is just around the corner. The smart thing to do when it comes to hunting for good prices is to anticipate with reservations and compare some for their quality. Stockholm hotel map shows all the hotels in the city. We have made some comparisons and we recommend among all the hotel and recommend a somewhat peculiar. The hotel Mälardrottningen is located on a boat from the early 20th century. Its rooms or cabins do not have so many details, but they are comforting and have WiFi TV and a table for the laptop. Besides, you will enjoy beautiful views of the lake, free breakfast and rest areas.

Video of the most impressive tourist sites in Stockholm