Surely you have seen this city by its canals in the style of Venice, here we show you that the city has no waste, in addition to the walks you can make in the popular moliceiros by its canals, or by the city where architecture and modernist details are the order of the day in many of its corners. What was once an important port today is a quiet city for walks, in addition to its main canal and so on. Its neighborhoods await you with the most colorful facades, as well as cultural and religious centers. We will take into account that it is also a university city, so a young air is breathed by the city, after that the city offers various places where recreation and fun are not lacking. We invite you to get to know this city better with this tourist map of Aveiro.

This city is a small town located in the western center of Portugal. Very recommended to visit in a whole day, but if you like of course you will have the opportunity to give yourself more time. It faces the Atlantic, therefore the port and marine life has given it and its canals the opportunity to embellish and enrich itself with a lot of history. The city is made up of part of the mainland and part of the islets of the estuary. As a coastal town the salt trade and cod fishing has been a strong driver of its economy since the Middle Ages. Today various activities complete the growth of Aveiro, as education and technology development has invaded the city. The industry and of course tourism are key drivers of its progress in recent times. 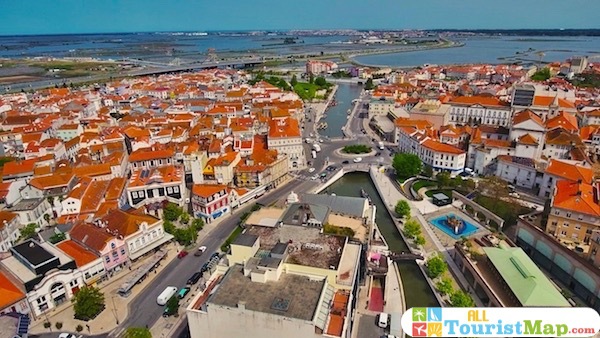 Today it is considered as a city with a high standard of living, many would say the best.  It is easy to deduce it when contemplating the beauty that is sheltered in this city. The years have been the best reporters of the tourist growth of the city as far as the high affluence of visitors. Its history is ready to be narrated in the corners of Beira’s Neighborhood next to the smell of dock that their houses and alleys issue. If you prefer you can wait for the night to see how the young spirit takes over the nightlife. Its recommended places never stop being museums such as the Museum of Aveiro, the Maritime Museum of Ílhavo and Navio-Museu Santo Andre, among others. The main Canal of course robs the attention within the attractions, because in the end, who doesn’t want to have the best Venice style experience any closer.

It’s a serene city, so you’ll have the whole day to enjoy a walking tour. The best of art deco, fish and desserts impregnate its streets full of restaurants with colors, aromas and flavors. Favorite place to taste some ovos moles during the different routes to take within this city. The tourist office offers you several options to choose from within the activities offered by the city, as if each charm were perfectly packaged in a box of surprises. We want to inform you that you have come to the perfect place to learn how to move around the city, as we want to help you review their essential places. The important thing before deciding what to see in Aveiro is to know about the highlights, and this Aveiro tourist guide will help you with your plans.

What to see in Aveiro

The Aveiro Museum, inaugurated in 1.911, is one of the most outstanding historical centres in the geographical centre of Portugal. The museum contains a variety of religious buildings, monasteries, a church, cloisters and other convenient spaces. Its historical importance is given largely by being the place where the Infanta Juana, who was part of the Portuguese royalty, developed her religious career. It gathers a magnificent gallery of religious art belonging to the convents and monasteries. The works are decorated in a baroque style, gilded wood carved in gold and silver. You can also see the typical Portuguese tiles and countless paintings from the 15th to 18th centuries. The museum is located in the main block of the city centre, very close to other points of interest. 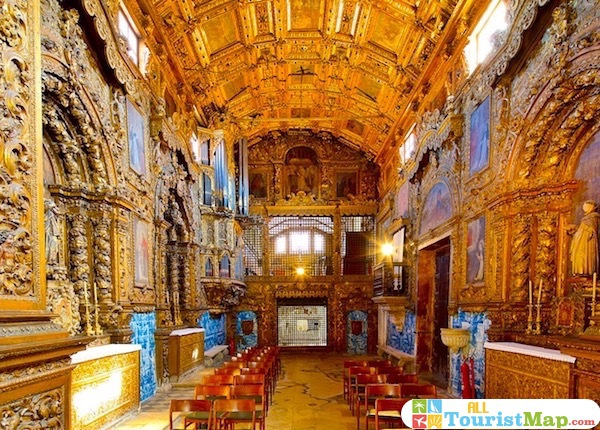 The Cathedral of Aveiro, whose architecture is based on baroque style, is one of the national monuments of the country. Its façade consists of a beautiful Baroque portal, situated by four columns, a frieze with floral motifs and adorned by a coat of arms of the Duke of Coimba. Paintings of high prestige are preserved in the chambers of the church inside the adjacent chapels. They are exhibited inside the Visitation Chapel; an excellent composition of paintings of Saint Elizabeth and the Virgin Mary, considered the most original. On the other hand, in the chapel of Our Lady of the Rosary, a wonderful image of the patron saint of the original monastery of the years 1.600 is exposed. In the courtyards in front of the church you will find the magnificent Gothic cross and decorations representing the Passion of Christ in a set of consecutive scenes. 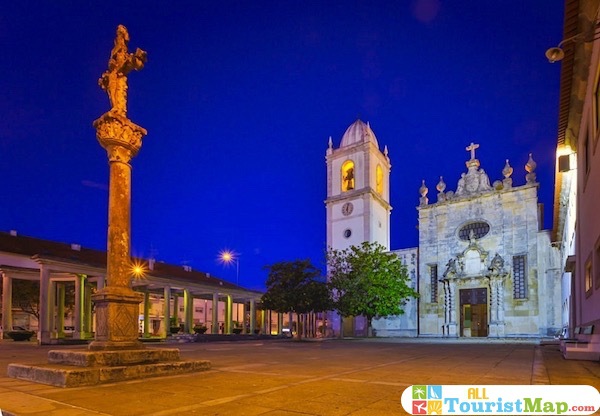 When visiting Aveiro, do not miss the opportunity to sail along the estuary. This city is classified as “The Venice of Portugal” thanks to its canal, which is circumnavigated by beautiful boats from where you can appreciate the sympathy of Aveiro. The canal was historically used in various economic activities as a means of transport to transport fish or salt. Nowadays the tourist walks are the predominant activity in the transit by the river through the city. The traditional boats are also called moliceiros and those that give the aspect to the old Italian city. If you want to have the best views of Aveiro, the best thing is to take a moliceiro along the canal and marvel at the countless traditional buildings adorned with tiles. 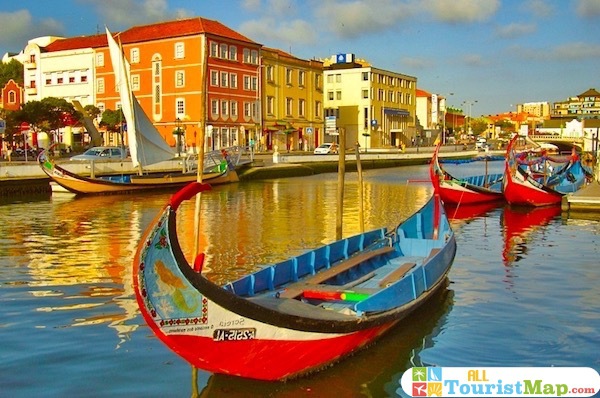 Aveiro is considered a green city and this is reflected in its large park Infante Don Pedro. For the locals it is known as “Parque del Mono” (Monkey Park) because in the garden used to live a primate in a cage. The park was built near the San Antonio convent and was historically administered by the Franciscan friars. Spectacular visit the gardens and take a walk through the green fields with centennial trees. One of the attractions is undoubtedly the pond of fish and ducks, visitors can interact with the animals that live naturally. Another variety of different activities can be done, such as picnic and physical exercise on the free machines. You will find an infinite number of corners where you can spend the day in this charming and peaceful garden park. 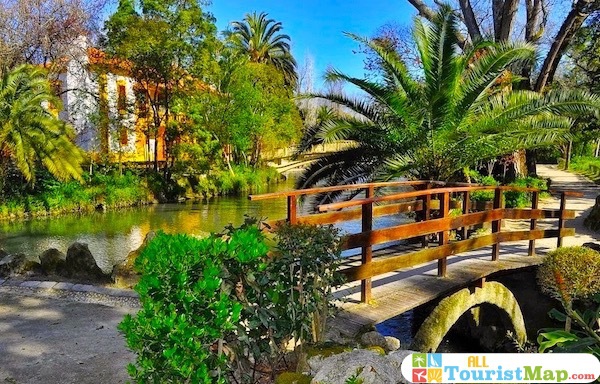 The Maritime Museum of Ílhavo is a proof of the connection that exists between people and the ocean. It was inaugurated in 1937 as a place to house the memories, ethnography and vocation of the locals for maritime activities, especially cod fishing. In October 2001, a new building was constructed to be the new home of the exhibitions; the museum became an example of modern architecture praised by critics. After its refurbishment it became more socially, economically and culturally interested in fishing in the region. The Maritime Museum of Ílhavo contains a permanent exhibition such as the Cod Fishing Room, the Lagoon Room, the Ocean Room and the Marine Shells Room.

o Barco-Museo San André, is an extension of the Ílhavo Maritime Museum. Its main objective is to illustrate the techniques of dragging and honor the memory of those who worked on board for half a century. In 2.003 this floating museum closed its hatches to be subjected to remodeling and renovation of contents, reopening in 2.007. The experience is extraordinary, you can appreciate the engine room, the officers and captain’s room, the kitchen, the deck pond, the winch drag among many others. Having surpassed the figure of 100 thousand visitors per year the ship-museum became a resounding success. Due to a series of restrictions regarding cod fishing, the trawler San André was destined to become this museum. 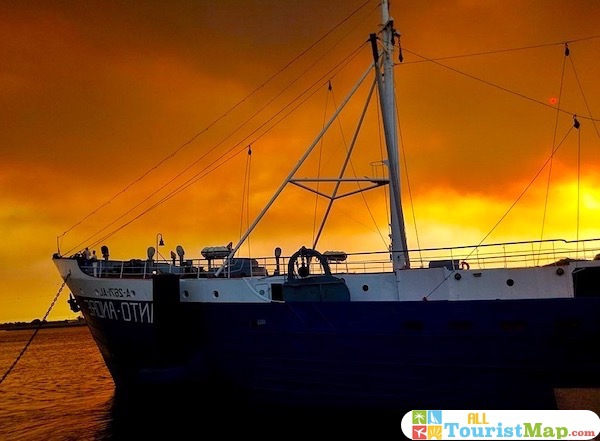 Aveiro is an innovative and dynamic city, and the university spirit has been the promoter of this label for more than five decades. When you visit it, don’t miss the opportunity to stroll through its faculty. Located near the center of the city, it has contributed to revive the cultural life and urban development of Aveiro. Built as a small city, this university campus was designed by some of Portugal’s most renowned architects such as Siza Vieira and Carrilho da Grasa. Within the university city of Aveiro you will find an open-air museum of contemporary art that receives numerous specialists, students and curious people. It is also ideal to visit the green areas and the lagoon for recreation. Make a space for the cafeterias and the university library which houses more than 230 thousand books. 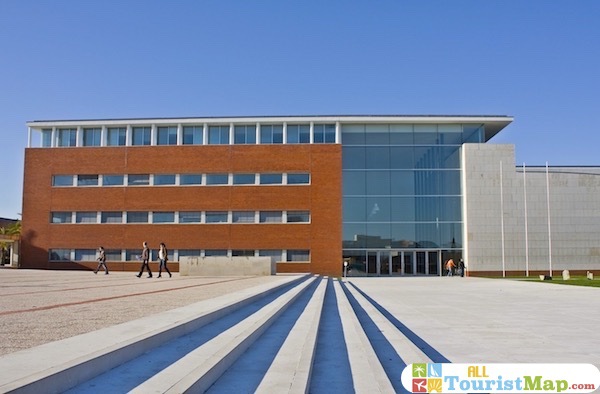 Aveiro is a charming city located near the ocean. Here you can find a combination of ancient architecture, regional characteristic art, with modern works, an example of which is its Train Station. When you arrive in Aveiro by train, what will instantly amaze you is the charming white architecture, decorated with mosaic tiles typical of Portugal. The train stop is divided in two: the modern and the old. The modern part serves as Aveiro’s main station. The old, with its original design is a worthy attraction to visit by tourists who love classical architecture. If you don’t arrive by train here you have the perfect excuse not to leave this option aside, as undoubtedly visiting it implies getting inside implies knowing the daily spirit of Aveiro.

One of the best valued assets in Portugal is the one exhibited in the Vista Alegre Museum. Founded in 1824, they have been exhibiting and creating elegant porcelain elements. The aim of this museum is to keep the memory of the time of porcelain manufacture, beauty and details. Many reconstructions and renovations have been necessary to make the museum capable of housing this important heritage. One of the attractions of the museum is the possibility to create your own piece of porcelain. An old factory environment is what is perceived in the workshops, exhibiting all the manufacturing tools. Going to the Vista Alegre Museum is a unique and different visit; in its surroundings you will find a church, gift shops and other attractions. 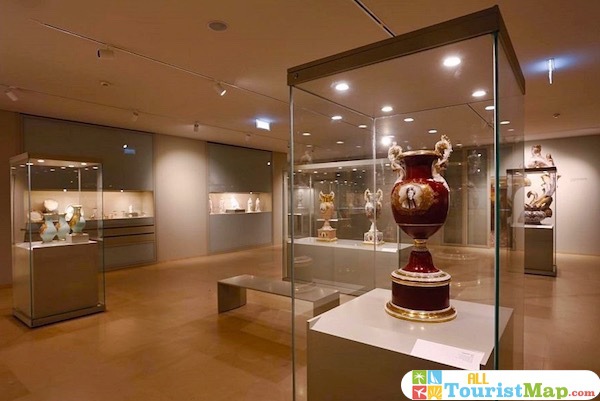 It was named after its patron, São Gonçalinho, in the 18th century, who is credited with the power to cure diseases. It is a bright white hexagonal chapel adorned with tile mosaics. An interesting rock formation that starts from the ground shapes a small square surrounded by colorful houses. Aveiro is known for being a coastal city, with its canals navigated by the moliceiros and their cod fishermen, but few visitors are familiar with the customs of the locals. In this chapel the festival of the patron saint is celebrated every 10th of January. The small church is illuminated with colorful lights, popular music and many cultural events. Definitely visiting the chapel in the middle of winter is the most accurate decision. 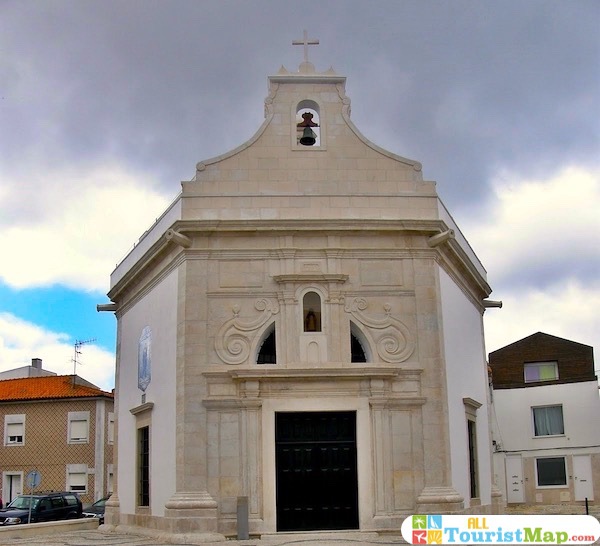 Map of Hotels in Aveiro

Aveiro because of its size is not a city to improvise, believe us, you’re going to like it; you’ll probably want to stay at least one night. Unless you go alone as an adventurer, you can go with the freedom to choose between the different accommodations located in its popular and picturesque neighborhoods. There is a robust hotel offer in the city, even the tourist office of Aveiro can guide you. If you go in the company of children, the best thing is to decide which one best meets your needs. That’s why in this map of hotels in Aveiro we place all the options by location, quality and price. We chose for you the Hotel Moliceiro – Aveiro; beyond its elegant rooms and excellent service we want you to have an excellent location, a short distance from the museum of Aveiro and near the estuary.

Video of the most impressive tourist places in Aveiro