The name of the province is Arequipa but is also recognized as the “White City”, its headquarters is located near the constitutional court, has large colonial buildings. Tourists have the opportunity to enjoy nature and its thermal waters and thus have new experiences. Arequipa is the perfect place for bird lovers, lovers of the environment and history. According to statistics this is the most inhabited province of Peru, in recent years has about 869,351 inhabitants. The tourist map of Arequipa will take you by the hand to know this region which is very pilgrimage by people from different parts of the world, at the same time that it is cared for by its natives, tourists like the structure of this city and its ashlar constructions, it is a white volcanic stone. Arequipa is located 2325 meters above sea level, which allows it to have a temperate and semi-arid climate. This city was founded in mid 1540, is also known as the “Eternal Blue Sky”. Arequipa is an exuberant and picturesque place that combining the beauties of its landscapes with the grandiose snowy one grants to the travelers the privilege to enjoy the best gifts of God, it is necessary to emphasize that it counts on the presence of the imposing volcano Misti, the stratovolcano that represents the region.

Arequipa is the second largest town in Peru, has a high level of economic development which comes from livestock, agriculture and industrial activities, noted for the high production of textiles and milk. There are great places to visit in Arequipa such as temples, monasteries, architectural monuments and houses that have been built with the renowned stone sillar. The fastest way to get to this province is by plane. Also it is possible to arrive by land, taking the bus in the terminal of Lima, there exist several lines of buses that count on the highest range in comfort, since the trip has a duration of 15 hours, although they are extensive the hours of transfer, the tourist will be able to delight with the landscapes.

When arriving to Arequipa you will be able to enjoy its main attraction, one of its canyons called Colca Valley with the most attractive and incredible natural beauty, it is one of the deepest canyons of the world, there you will be able to enjoy its famous Andean condor, also you will find indigenous culture like the agricultural terraces of the Incas, thermal waters and its varied tourist activities that go from sports to vivencial adventures with the settlers. 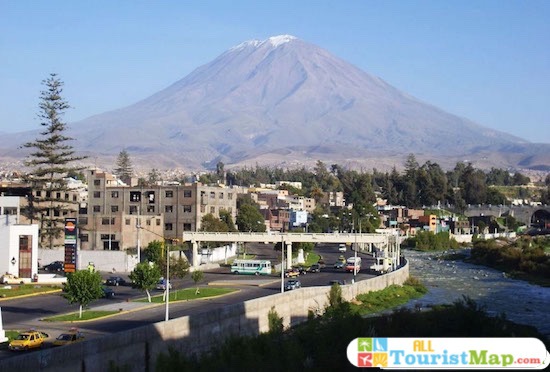 You can also enjoy the historic center of the city where you can easily locate the house of convents, monasteries and Catholic churches, as well as museums full of history. With all these beauties Arequipa was named Patrimony of the Humanity, this is a city of a lot of history and divinity becoming the perfect place to go out to recreate walking by the city.

We are to assist and give each person an excellent tourist guide of Arequipa, therefore it is convenient to say that this city has the best gastronomy, varied and exquisite; In the historical center of Arequipa you will be able to find different restaurants that offer main and regionalist plates, the most looked for ones are the stuffed rocoto, the cake of potatoes, the chaque, the ocopa Arequipeña, the fried rib, the chupe of shrimps, the pebre, the locro, the fried malaya, the adobo of chanco, the white broth and many more foods that belong to the menu of the locals.

This city full of history teaches visitors through a guided tour of architectural sites, in the tour should not miss the viewpoint of Carmen Alto, the market of San Camilo, where there is an explosion of flavors and colors, should also visit the convent of Santa Catalina. Many of the streets of Arequipa have names of Spanish cities and the most surprising thing is that the colors that predominate most in the walls are blue and red. It is a city that between its entrails had the privilege of acobijar to two great personages like Mario Vargas Llosa and the author Víctor Andrés Belaunde. Reasons that fill with inspiration to submerge in the customs of this province and to walk while the eternal blue sky is dazzled.

What to visit in Arequipa

There are many places to travel and there are few hours of the day to achieve it, however you can reach, the main thing is to have many desire to know new territories, never seen before and taste exquisite dishes, having the motivation to skin to be filled with beautiful memories and stories of the natives.  Among the places you can visit in Arequipa are the following: 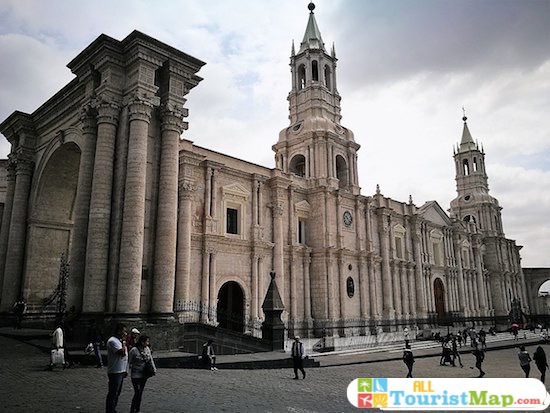 It is one of the most beautiful squares on the continent, was founded on August 15, 1540 just at the time the Spaniards arrived, is surrounded by various portals and by the Cathedral Church, is located in the historic center of Arequipa. To this square gives a special shine to the bronze fountain that has the figure of a soldier of the XVI century, the character is known as “Tuturutu”, this strategist had as main function to give notice on novel events. The Plaza de Armas has a striking structure with granite columns, surrounding three ancient churches that reverence the colonial era. A great part of the visitors walk and enjoy its beauty and tranquility since the fountain has the gift of relaxing. Access to this place is completely free, many are those who prefer to observe the square from restaurants or cafe while tasting a typical dish. 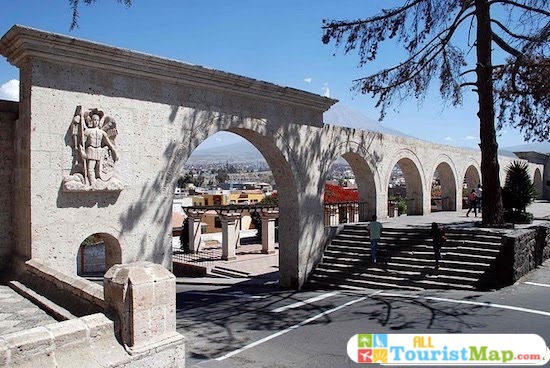 It is located 2 kilometers from the center of Arequipa. Its streets are paved giving the city a colonial touch, the houses maintain the old structure with sillar hurgues and spectacular gardens full of familiarity, this is a really wonderful district, was built in the mid-nineteenth century, is full of arches engraved by illustrious characters of Arequipa where you can see the whole city. It also has a beautiful church that dates back to 1750 and is located in the main square, there are many who only decide to observe in silence the three famous volcanoes: the Misti, Pichu Picchu and Chachani. 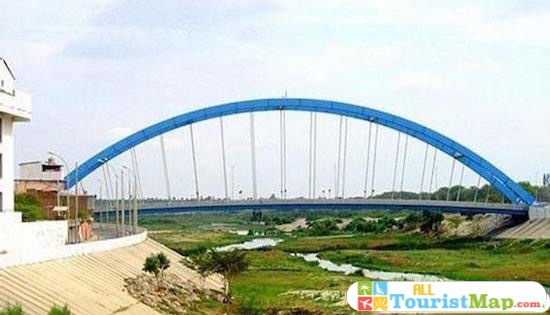 This bridge is also known as the Old Bridge or the Royal Bridge, its old structure is preferred by photographers and historians since it was inaugurated in 1608, the construction was in charge of the architect Juan de Aldana Duró. It was rebuilt in mid 2001 after a tragedy that marked the nation in 1997 by the phenomenon of the child, however at this time is an aesthetic and functional bridge. The population is allowed to remember each of the victims through a monument. Bolognesi Bridge is located in the province of Arequipa, you can also see the great river Chili that crosses the city. In the vicinity you can appreciate the Monastery of Santa Catalina. This bridge has a great legend that captures the attention of tourists, according to history appeared in that place a woman with fish tail, what is known today as “Sirena”, the most shocking is that according to this legend men usually have visions and throw themselves from the bridge in search of this woman and currently relate to accidents on the bridge. To be able to see the whole city and its magical buildings are many who decide to take beautiful memories both in the heart and in their cameras, is a wonderful place to get great photographs. 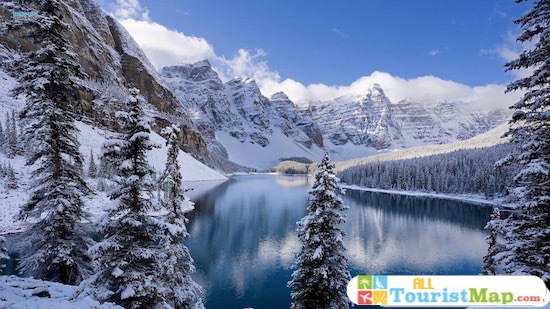 This mountain has a height of 5597 m. and is of volcanic origin, has beautiful landscapes solitary, inhospitable and immense. In this place you can observe the flora and fauna, most of the time a group of llamas steal the attention of visitors or herds of alpacas and from time to time the Andean marmots, the most sought after by tourists and also natives is to be able to reach the majestic Condor to portray it. 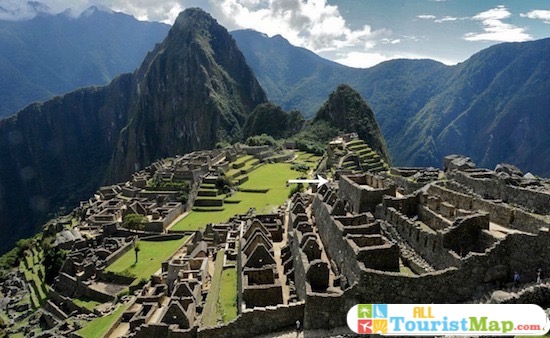 This volcano is located to the south of Peru in Arequipa, it is formed by seven summits bearing in mind that the Coronado is the highest summit and is the main one. At the moment it continues conserving the ceremonial platform where the Incas in the antiquity carried out their rites. This volcano has among its stories an Inca legend so it is said that the volcano when viewed from afar seems to be a man sleeping without genitals.

Cross of the Condor

At the edge of the canyon is the Cross of the Condor, also known as Chaglla, having down the Colca River with a depth of 1,200 meters. It is approximately 40km from Chivay. On the summits of the murallón the imposing ice can be observed while the condors raise their wings to give a marvelous spectacle, as if they knew that tourists expect them to begin to glide among the currents making puppets in the form of chop. The panorama that is observed from this place has no comparison, between the depths the majesty of the canyon is noticed, also the green vegetation and the most attractive thing that is the flight of the condors. From a distance, Ampato and Coropuna volcanoes accompany this unparalleled paradise. This site lends itself to portray the best photographs where geological beauty will be seen. The most glorious welcome is given by a cross that is surrounded by a wall of stones.

Arequipa is distinguished by the beautiful temples and monuments built with ashlar, according to the inhabitants of this beautiful place is that the ancestors took advantage of the volcanic lava to make blocks of ashlar and thus be able to build houses and temples.  The quarries of the sillar are to the northwest of Arequipa, counts on a transverse stream that is born in Chanchani and culminates to the right of the river Chili. Currently the quarries where the material is produced sillar is a tourist place where the natural and cultural landscape are the protagonists. In the quarries approximately 500 men work, in the majority of advanced age, the youngest that are there it is because they inherited the task as familiar tradition. 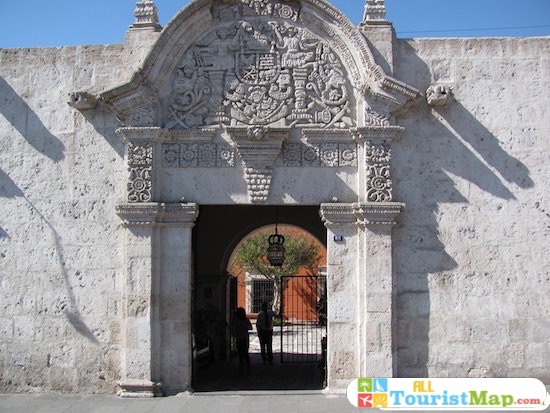 The house of Moral has a colonial architecture that still conserves the noble coats of arms carved in the walls of sillar. It dates from the XVII century and is known as one of the most archaic monuments of Arequipa. Its name comes from the blackberry tree that has grown for generations in its main courtyard.  It is currently a museum that opened its doors in search of showing what the houses of Arequipa were like in antiquity. The house has exhibited colonial furniture full of history, the rooms have chair vaults with their respective carvings, as well as the windows and doors. The residence has valuable collections of paintings from the Cusco School and more than 3,000 volumes of Hispanic literature. This place in the year 2.000 was declared as Cultural Patrimony of the Humanity.

Map of hotels in Arequipa

Arequipa has a great list of places to stay with incredible prices, first we have the Tierra Viva Arequipa Plaza Hotel, is located at 202 Jerusalem Street, is close to recreational places, between its walls abounds in silence and comfort. The walls have ashlar details that remind us of the colonial era, has an exhibition of photographs and paintings by great artists, an ideal place for art lovers. In the breakfast room every morning there is a buffet of typical foods of the region, also has a beautiful terrace where guests can entertain themselves reading a good book or simply rest.

Video of the tourist places of Arequipa