For over 1,500 years Luxor was the capital of Egypt. This was before Memphis, Alexandria and Cairo gradually took its place. Now the city is a small town of 416 square kilometres, located about 664 kilometres from Cairo and with no more than 500,000 inhabitants, which is economically supported by tourism and agriculture. In this tourist map we invite you to know a small metropolis that looks like a big open-air museum because it has inside the biggest monuments and palaces of the ancient Egypt, that is why its historical, architectural and cultural value is immense and it is qualified as one of the most monumental cities of the Egyptian world. But it is not a value that it acquired with modernity, but since its name was the mythical Thebes, named this way by the Greeks and it was the capital of the kingdom of the New Empire.

The tourist city of Luxor is full of great works that are emblematic of ancient Egypt, a large number of palaces and temples that earned it the status of monumental metropolis by Homer, the writer of The Iliad, who named it “the city of a thousand doors”. Before Luxor, the Greeks called it Thebes and it was an important place in the world since ancient times. The river Nile divides the city into two parts. On the western side, what was formerly known as Thebes, concentrates a total of 62 ancient buildings and the imposing Valley of the Kings. It is on this side of the city that lie the tombs of important pharaohs, including Ramses III, Ramses VI and Ramses IX, Tut-Anj-Amon and Shety, among others. Also lie the mortal remains of monarchs such as Queen Nefertary, Queen Ti and Prince Amenkhepchef in the place known as Valley of the Queens. Both valleys belong to the period in which the Egyptians stopped building the pyramids as sacred tombs and began the stage of placing the remains in tombs excavated and carved in stone. 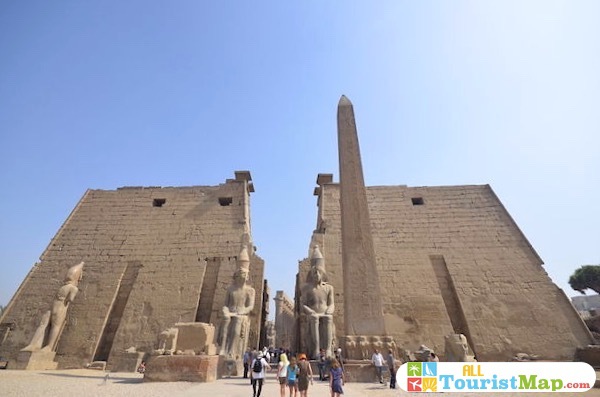 But the tourist attractions of Luxor do not only refer to the monuments on the western side of the city. On the other side of the Nile River, in the east, are invaluable monuments that are a must see because they represent paradigms of ancient Egypt. One of the main ones is the most important Egyptian religious complex dedicated to Amon, the god of gods; this is the Karnak Temple. Next to it, in the center of the eastern side, is the Temple of Luxor, a wonder that is essential to visit because of its majesty. But beyond the monuments, which are its main attraction, the ancient Thebes is a place to explore and discover because it concentrates the most representative of the Arab world and the city is more like a large village where vendors coexist in the busiest areas, where you find cafes, restaurants and places to buy souvenirs and all kinds of gadgets appealing to bargaining.

Those who visit Luxor should bear in mind that a visa is required to enter the country and that the country’s authorities are constantly changing the requirements for obtaining a visa, so it is advisable to check constantly. In the old Thebes the climate is desert, it is assumed that the heat is constant and in high season, in the months of June and July, can rise to about fifty degrees. The minimum temperature reaches twenty degrees and it is very rare for it to rain, this is considered a climatic rarity. Luxor has an international airport located seven kilometers from the city, there arrive charter flights and commercial, has taxi services to move to the city and is precisely the taxi the recommended means of transport for visitors, although the city is not very large and the journey can be made on foot if there is time. A second alternative is to travel by train from Cairo. The horse-drawn carriages are common as a means of internal transport in the city, but are recommended when the tourist has enough time to make the tours.

What to visit in Luxor 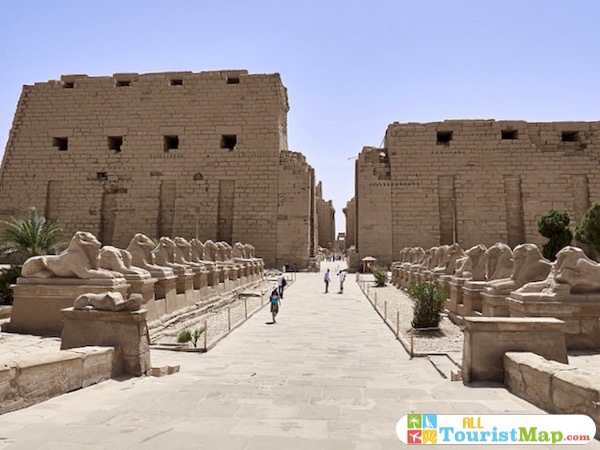 The Karnak temple is the most important religious complex of ancient Egypt and the main site of veneration of the so-called New Empire. Located on the eastern side of the Luxor, it consists of three temples that occupy some thirty hectares of land, surrounded by bricks made of raw material. The main temple is in honor of Amon, is the oldest and best preserved of all. It is a monument considered the largest in the world and whose two additional temples served to worship other deities such as the Goddess Mut, wife of Amon and the god of war, Montu. This complex includes a sacred lake, 120 meters long, in which the priests performed nightly rites. 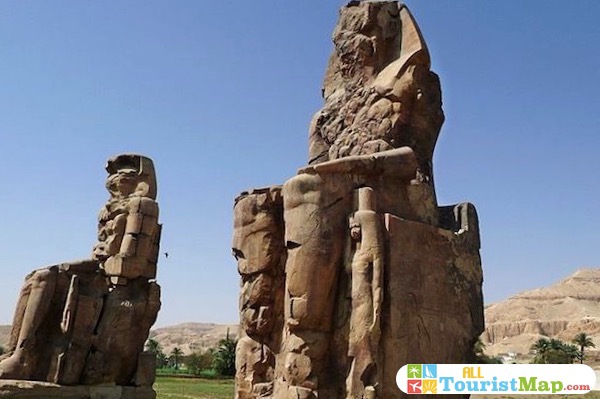 On the west bank of the Nile River, in Luxor, are the Colossi of Memnon, giant twin statues, about eighteen meters high, representing the pharaoh Amenhotep III. They are made of quartzite stone brought from Giza. Their function was to preside over the entrance to the funerary complex or necropolis where the remains of Amenhotep III lay. Its name comes from the Hellenistic period and was placed by Greeks who visited the area and pointed out that the statues resembled a Greek colossus that participated in the Trojan War, named Memnon. It has additional statues, in less size, representing his wife and mother.

Museum of the Mummies 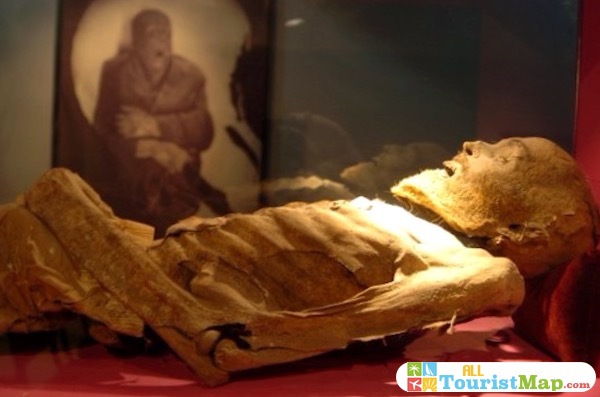 At the Mummy Museum in Luxor, visitors can learn about the mummification process and how the Egyptians thought this was a definitive step towards eternal life. In this place, although it is small in space, there is a significant sample of remains, both human and animal, as well as jewelry and other objects significant to this culture, which are part of the mortuary rituals that characterized the inhabitants of ancient Egypt and that will open the way to knowledge about ancient techniques. It is located in the center of the city, near the banks of the Nile River. 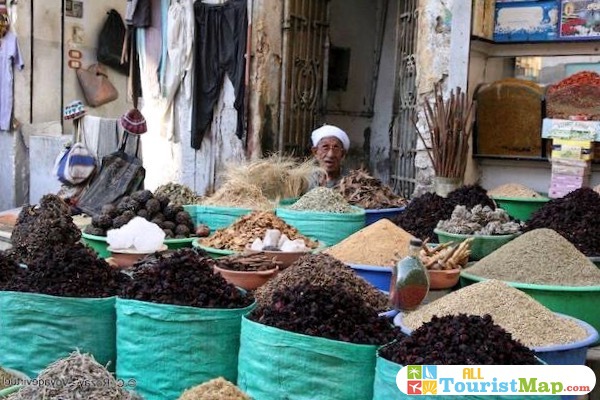 The Zoco de Luxor is described as an amazing place. It is the main bazaar of the city, located in the central area of ancient Thebes. Visitors can not only find relics or antiques, is a site that sells jewelry, clothing and even potions that have great meaning within the Egyptian culture. It is a colorful space, full of forms and that concentrates the most varied of the Egyptian world. However, tourists are always advised to haggle over prices, since the costs offered by the vendors are always wide and depend on the ability to bargain down these costs.

In the centre of the city is the Museum of Luxor, founded in 1975 and currently has available a gallery that presents the mummies belonging to the founding pharaohs of the 18th and 19th Egyptian dynasty, especially Amosis I and Ramses I, the latter being recent discoveries by archaeologists. The museum is not very big and does not have a great amount of samples, but the rooms that exist have a variety of objects that show great quality. One of the main attractions is a shale statue, dedicated to the Pharaoh Thutmose III. 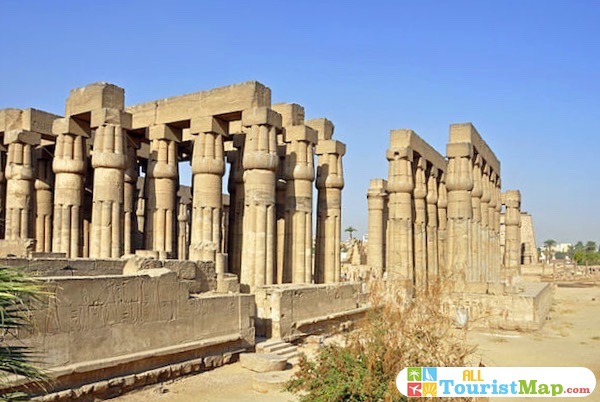 The Temple of Luxor is one of the buildings dedicated especially to the worship of the god Amon, who was also known as Ra (god of the sun, the sky and father of life in Egyptian culture). It was built during the 18th and 19th dynasties, during the time of the New Egyptian Empire and for a short period of time, during the time of the Roman Empire, it was used as a military installation. It is one of the most important religious structures, imposing and best preserved in the center of ancient Thebes, also on the banks of the Nile River as most of the monuments in the city. To visit it at dawn or at dusk is a spectacle thanks to the effects of the light on the facade.

Valley of the Kings 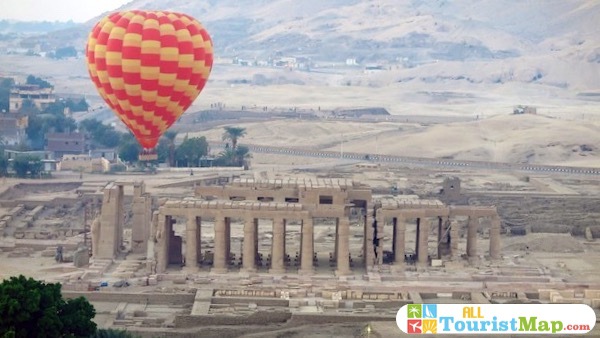 The Valley of the Kings in the west of ancient Thebes, was the necropolis in which lie the remains of the pharaohs of the so-called New Empire of Egypt. In this place lie the remains of the famous emperor Tutankhamun. It was declared a World Heritage Site, under the protection of UNESCO in 1979. This place is composed of two valleys, in the east and west. It is open to the public since ancient times, from which time they received visits from Greeks and Romans. After a period of concealment, led by the Muslims, and after several phases of history, it was in the 1920s that a rediscovery was made and a series of treasures were found that gave it incalculable value.

West of Luxor is Medinet Habu, also known as the tomb of Ramses III. It’s a funerary temple that measures 150 meters long and has about seven thousand meters of walls that have, in relief, illustrations that refer to the rise and fall of the peoples of the sea, during the rule of Ramses III, but also has in relief heads and remains of royal prisoners. The infrastructure, which was elaborated under an orthodox design, has great religious and architectural significance for the Egyptian culture. Its entrance, a fortified door, is a typical structure of the temples elaborated in Asia. Although it is less visited than other Egyptian temples, the temple of Ramses III Medinet Habu is truly a splendid jewel surrounded by other tourist attractions.

Valley of the Nobles 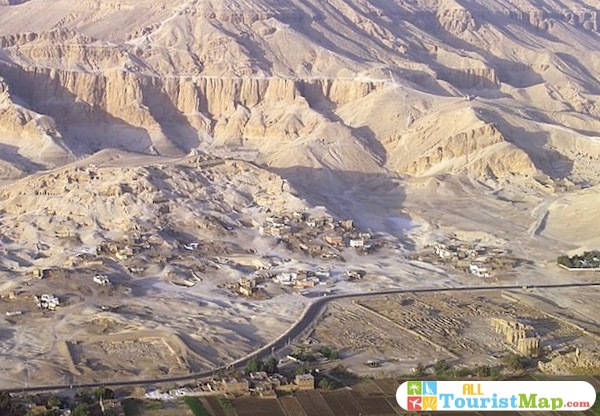 Between the Valle de los Reyes and Valle de las Reinas is the Valle de los Nobles, where the remains of the most notable figures that revolved around the life of the pharaohs rest in more than 418 tombs, of which around four hundred are classified. In each of the tombs of these dignitaries there are reliefs and inscriptions that describe aspects of the life of these dead, they also have inscriptions with their names and some prayers. The structure is simple but imposing, open-air excavations of about four hundred meters and with stairs that are steep.

Valley of the Queens

On a smaller scale of size and imposing, since the rocks with which they are designed are of worse quality than those of the Valley of the Kings, in the southeast of this structure, is the Valley of the Queens, which although not in good condition, is a necropolis that contains about eighty tombs, of which there are some that stand out, especially that of the wife and children of Ramses III. These nobles were buried at a very young age. But there are also the remains of those who held power in the nineteenth and twentieth dynasties, especially queens and princes.

In Luxor, a city that lives from and for tourism, it will not be difficult to find accommodation, so everything will depend on the place where the visitor thong greater and better access to the sites you want to visit during your stay in ancient Thebes. The city is divided by the Nile River and on the east side are settled the hotels that are luxury, while on the west side are those that are simpler but comfortable, as there are accommodation options that cover all types of budgets. The luxury hotels, such as the Hilton Luxor Resort & Spa, cost up to 55 Euros per room per night, but there are cheaper offers such as the Bob Marley Peace Hotel Luxor, which costs about four Euros per room, per day. There are also options such as villas, which are recommended by visitors, especially the Villa DilettaLuxor, which costs nine euros per night.