Thousands of years still fail to hide the beauty and grandeur of Egypt. This country, which was born on the banks of the Nile River, will find fascinating and luminous places to visit. This mysterious charm attracts more than 8 million people annually, eager to walk its ancient paths, which places this country among the favorite destinations in Africa. Egypt occupies 1,001,450 km² in the northeast of the continent with the Mediterranean Sea to the north and the Red Sea to the east. Its neighbors are Israel to the east, Sudan to the south and Libya to the west. The Sinai Peninsula is also part of this country, where Egypt’s elevations are located, as most of its territory is occupied by the Sahara desert.

Although there are several Egyptian destinations that can be visited at any time of the year, the best time to travel to this nation is from October to January, since June to September are the hottest months of the year, although Alexandria’s beaches are best enjoyed during that warm time. However, keep in mind that the temperature can reach 42º C, so you should consider wearing cool clothes and carrying containers for continuous hydration. It can be said that Egypt has three different climatic regions: Mediterranean, semi-desert and desert. In the first area, the weather is more benign, and hot summers are slightly cooled by the sea breeze. This is where the ancient city of Alexandria, one of the most visited in the country, is located. Although it is the area with the highest rainfall, the rains are not as intense. Around Cairo, Egypt’s capital, the summit is semi-desert, there is less rain, but temperatures are higher than in the Mediterranean region. During the spring, an environmental phenomenon called sirocco is common, which consists of hurricane winds that come from the Great South (the Sahara desert) and that burst strongly in the populated places dragging great amounts of sand and increasing the temperature. The desert climate is typical of the South, rainfall is almost non-existent and temperatures can be quite high. 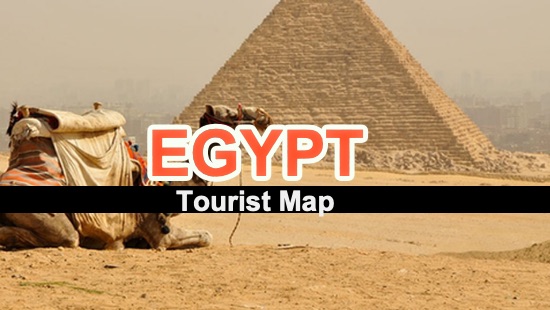 One of the most attractive beauties of Egypt is its untamed and ancient nature. When sailing along the banks of the Nile the visitor will have the strange sensation of being in a time bubble, since its inhabitants, many of them fishermen, continue living the rural way of life that they have known for centuries. Even their clothes are typical of the region, far from Western dress codes. Silence is an omnipresent companion of this landscape, which dresses in intense colors at every sunrise and sunset. But the beauties of Egypt do not only focus on its natural landscapes.  To visit Egypt is to go on a fascinating journey through the history of civilizations. Most of the funerary and religious monuments of this country survived through millennia of history. The best known and most representative are those dedicated to the Pharaohs Cheops, Kephren and Menkaura or Mycerae, impressive pyramids near the city of Cairo.the monument dedicated to contain the essence of the Pharaoh Cheops, or Giza Pyramid, is the only wonder of the ancient world that survives until our era. Built with more than two million stones, it stands on a totally flat and desert landscape, which makes it stand out even more in the surroundings.

Also not to be missed are other ancient monuments such as the Abu Simbel temple complex in southern Egypt, dedicated to Ramses II and his wife Nefertari. Four giants welcome visitors who enter a place full of history and mystery thanks to the low reliefs that adorn the entire interior. Or the great Temple of Karnak, a majestic, grandiose and very well preserved building with frescoes that have been preserved for 3,500 years. Also the temple of Dendera dedicated to Hathor, Egyptian goddess of fertility and love, and which stands out for the luminosity of its spaces and the exuberance of its reliefs and frescoes. In addition to the House of the Million Years of Ramses III with also impressive bas-reliefs excellently preserved. Although it is not as well known as other temples, it preserves the magnificence of the Egyptian empire.

If there is a city where history and modernity intertwine in a whimsical and picturesque way, it is Cairo, with its 17 million inhabitants. Located in the north of Egypt, in the delta of the Nile River, it is a recent city compared to the pyramids, since its foundation dates from 116 years A.D. By the way, the pyramids are precisely near Cairo so visits can be arranged from the city. Also close by are the metropolises of Memphis and Saqqara. The Egyptian Museum, the souk of Khan el-Khalili, and the Old Cairo (Coptic) quarter, which is the oldest in the city, are also nearby.

About 700 kilometers from Cairo, in Upper Egypt, is the ancient city of Luxor. It can be said that Luxor is a museum city unparalleled in the world. Its three sections, the city itself, the village of Karnak and the funerary monuments of Thebes in the Valley of the Kings, constitute an archaeological jewel of Egypt. Like everything else in Egypt, it lies on the banks of the Nile River and is home to the country’s most majestic and impressive temples. Thebes itself was known as The City of the Pharaohs, on whose ruins Luxor was built. Also there is located the Temple of Luxor dedicated to the god Amon and built under the mandate of Amenhotep III, Tutankhamen and Ramses II; the temples of Karnak; the temple of Hatshepsut, and, of more recent construction, the temple of Hathor. It is a must to explore the Valley of the Queens where the beautiful and attractive tomb of Nefertari is located. And, of course, finish the tour in the Valley of Nobles where there are some tombs to visit.