Among the Antilles, the island of Cuba stands out. Not only for its size, it is the largest of the Caribbean islands, also for its beauty that was praised by Christopher Columbus himself since his first arrival on October 28, 1842. “This is the most beautiful land that human eyes have ever seen,” the explorer wrote in his log. And he was right. Cuba’s beaches stand out for being paradisiacal and full of human warmth, as well as climatic, and for their cordiality. A special characteristic that remains indelible in the memory of its visitors is the sensation of living in a different moment of human history.

This is due to its colonial constructions but also to the lack of modernization. That is to say, many of its cars, buses and other articles of common use in Cuba, remain as they were 40 years ago. The country groups other smaller islands such as Isla de la Juventud or Isla de Los Pinos, in addition to some 1,600 islets. The island enjoys a fairly pleasant tropical climate thanks to the trade winds. This means that the temperature oscillates, throughout the year, between 20 º to 25 º C. As with all tropical climates, there is no seasonal variation as in the north or south, i.e. spring, summer, autumn and winter. Rather, the seasons are divided into dry and rainy. The former has lower temperatures and extends from November to April. In the rainy season the temperature and humidity rise. 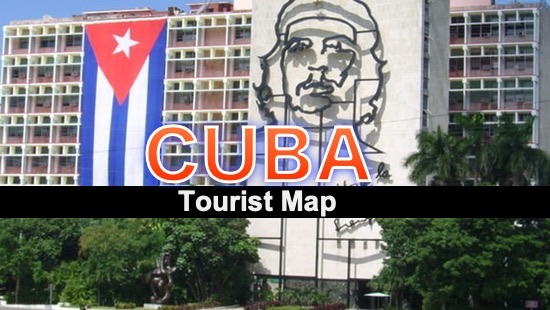 It is important to know this, because if you want to visit the island of Cuba should avoid the rainy months, because although rainfall is not regularly high, if there is a high risk of successive hurricanes, especially between the months of July and November. If, despite the warning, you wish to visit Cuba during these months, you have the advantage that hurricanes are totally preventable and the island offers some security against these atmospheric phenomena to which you are already accustomed.

In addition to exotic beaches, Cuba is also music, tobacco and rum. Cubans have music in their blood, there is no party or music festival in which Cubans do not stand out and show the best of their idiosyncrasy: friendly, hospitable and welcoming people with an incredible musical sense. At any time it is possible to listen to tropical and Caribbean music groups playing in plazas and streets. On the other hand, Cuba is called the land of tobacco, since it is cultivated and harvested in several areas of the Antillean island. Even for those who do not smoke, it is curious to travel to the cocoa and tobacco plantations to see the manufacturing process of this product. In Pinar del Río, two hours from Havana, the Cuban capital, is the Tobacco Store, where you can see the varieties of tobacco that are part of Cuban economic activity. Finally, the rum industry has been in Cuba for more than 100 years. A country where sugar cane is planted and commercialized, was the ideal place to develop this spirit drink so in 1862 the most famous of them was founded: Bacardi Rum Company. Although this brand came out of Cuba and operates in Bermuda, the Havana Club rum brand continued the tradition on the island. Tourism in Cuba should include trying three rum cocktails, Cubalibre, Mojito and Daiquirí, as well as visiting the interesting Havana Club Rum Museum in Havana.

One of the best attributes of Havana is its interesting colonial infrastructure, true historical jewels of a city founded at the end of the 16th century and of which certain buildings are still preserved, especially in the oldest area known as Old Havana. For example, you can visit old military structures such as the castle of the Royal Force and the castle of the Three Kings, castle or Morro, both from the sixteenth century. Another majestic fort is the castle of San Salvador de La Punta (XVI and XVII centuries). These three buildings had the function of defending the city. Of much newer construction, 1929, but of exquisite workmanship, is the National Capitol of Havana, with a beautiful neoclassical façade and a dome reminiscent of the American Capitol. But Havana is not only history, it is also fun and nightlife, for which it is essential to visit the Tropicana with shows that remember the golden years of Cuba; the Casa de la Música de Miramar, in which you will have the possibility of dancing until late into the night; or discos in hotels such as Copacabana and El Comodoro.

Along with Havana, Santiago de Cuba is one of the most important cities on the Antillean island. In fact, it also has its historical charm, for some reason it is known as the Hero City of Cuba. Its beaches are also wonderful and you can enjoy the Cuban people, open and friendly. The city’s itinerary includes religious sites, such as the Sanctuary of the Virgen de la Caridad del Cobre or historic sites such as the Castle of San Pedro del Morro, built in the 17th century, and the Moncada barracks, the protagonist of Fidel Castro’s uprising. There are also tourist sites such as the Bacardi Museum, which displays the old properties of the Bacardi family who founded the first and most famous distillery in the country.

The best of Varadero are its monuments, natural parks and ecological reserves. The mysterious caves of Ojo del Mégano, Cueva de Saturno and the Bellamar caves attract thousands of tourists looking for natural spaces of impressive beauty in Cuba. The beaches are all breathtakingly beautiful, with white sands and blue and turquoise waters. There you can also enjoy exquisite Cuban cuisine and interesting handicrafts.

Trinidad is one of Cuba’s most charming cities, thanks to its colonial city appearance and picturesque streets. It is a cultural city with its museums of Trinitarian Architecture, the Casa de la Trova and the Romantic Museum. It also has an interesting ancient architecture worth visiting Plaza Mayor, the Convent of San Francisco and the Church of the Holy Trinity. And, of course, the beautiful ecological reserve of Salto del Carbuní, one of the largest waterfalls in Cuba, could not be missed.