Zagreb is that setting in which you can feel like the protagonist of a romantic novel as you walk through mythical streets, as if taken from a medieval heroic story. The capital of Croatia is a tourist destination that can be explored to enjoy fully before taking a walk through the Balkans and in this tourist map we will show you why visiting it is an excellent option as it is one of the most perfect cities in the center of Europe, as it retains the charm of the Middle Ages, with an impeccable cuisine, focused on the pastry, a well-preserved architecture that arouses interest in tourists and green landscapes that can be walked as walks in large gardens and also give access to original museums. It is a city that lives off the technology and pharmaceutical industry, especially machinery and electrical appliances, and is also the headquarters of the most important Central European business conglomerates.

In Central Europe, in the area of the Balkans near the waters of the Adriatic Sea is the tourist city of Zagreb, the capital and largest city of Croatia, which has at least one million inhabitants on a territory of 641 square kilometers. The city, which is the administrative and political centre of the Central European country, as it has all the institutional and ministerial seats of the Croatian government, is an ideal destination for visitors who wish to tour a perfectly medieval city touched by modernity, where art, history and gastronomy form a perfect triad in a setting that looks like a fairy tale and where the quiet life seems a kind of dogma among its inhabitants. Zagreb, at the foot of Mount Medvednica and on the banks of the Sava River, is more than a city of passage to travel the Balkan route and be the link between central Europe and the Adriatic Sea. It is a city that exists since the 11th century and that resisted the Mongol invasions, to conform in a single metropolis with the union of the cities Kaptel and Gradel in the 15th century. Then it was dominated by the Austro-Hungarian Empire, of which it preserves great part of his architectural beauty to bloom in the fifties in the 20th century after the second world war, with the arrival of trains and the construction of urban areas. 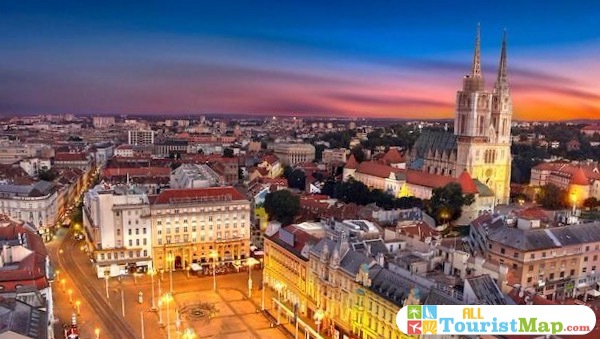 The tourist attractions of Zagreb begin with streets and architectural constructions that preserve the medieval charm in spite of the time and the arrival of modernity, with beautiful gardens that are the legacy of the Austro-Hungarian Empire, an exquisite gastronomy in which delicious desserts prevail, especially the cakes. The climate, well defined in four seasons or seasons, has temperatures that can fall to zero degrees in winter, between the months of December and March, and can increase to 25 º C in spring. The rains are constant, as well as the snowfalls in winter times. Visitors can travel around the city in trams, trains and funiculars located in the areas of greatest tourist interest. There are also buses in the urban area and another good option, for those who wish to do so, is to cycle around the sites catalogued as green areas.

The tour of Zagreb as a tourist destination always begins with its historical centre, divided into two main areas, the Gornji Draj or lower town and the Donju Graj or upper town. It is in these places that the greatest number of historical buildings, restaurants, institutional headquarters and squares are concentrated. But the city can also be seen from another angle, through its traditional markets, in the museums that exist in the city and that are not only historical but also deal with unconventional subjects such as the Museum of Lovelessness, in the walk along its streets or through the funicular railway, which dates from the 19th century, or following the traditions of the place and throwing coins into the fountains, hoping that the most senses will be fulfilled. Zagreb can be reached through its airport, located sixteen kilometers from the city and with a bus service that operates constantly, or by train from other cities in Europe.

What to visit in Zagreb 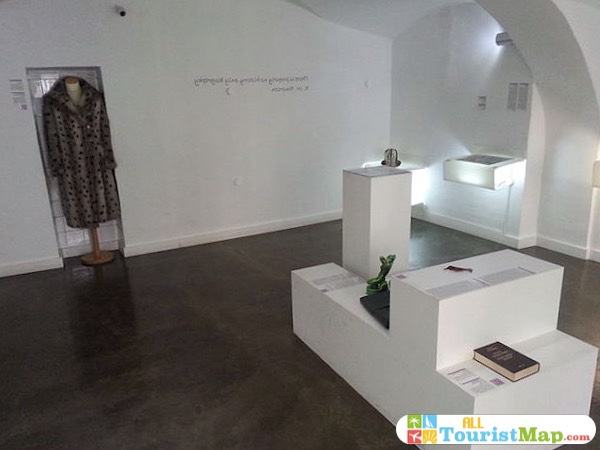 The Museum of Broken Relationships is one of the most original museums in the world and is dedicated to love and dislove. These exhibitions, dedicated to stories of love break-ups, received awards for innovation in Europe and is one of the most interesting places to visit in Zagreb. It is an exhibition of objects that seem to be everyday objects, but that carry a story of love and lack of love and come from all over the world, and whose stories are engaging. These exhibitions can be seen in an epic setting, a baroque building, the Kulmer Palace, which contains impeccably white rooms with vaulted ceilings. 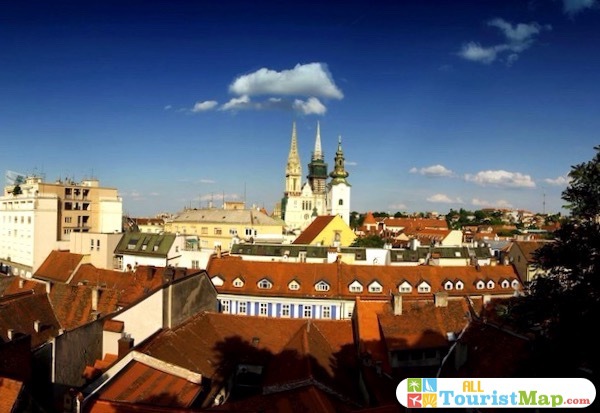 The Upper Town of Zagreb is the oldest part of the city and the one where the historical centre is concentrated. Here visitors can see most of the historical buildings, in beautiful streets that are often lonely and full of alleys, stairs, gardens and small squares. In addition to museums and churches, one of the biggest attractions is the Stone Gate, an entrance to the medieval city of Gradec, which today is an area of worship of a miraculous virgin and where there are always people praying in silence, leaving lit candles and beautiful flowers as offerings. There is also the Lotrscak viewpoint, from which there is one of the best views of the city and it is the ideal place to get a good view of the city. 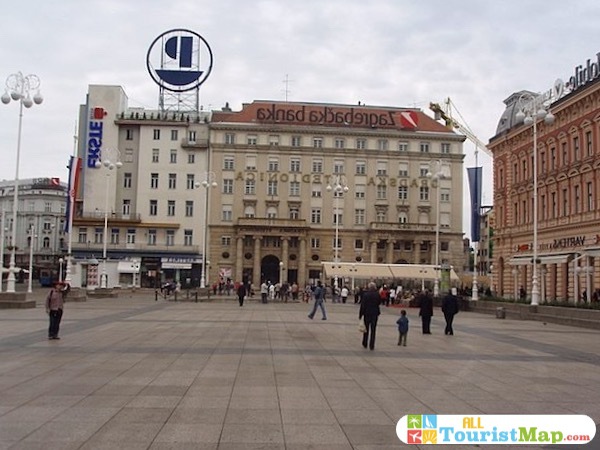 The Trg Josipa Jelacica Square is the real heart of Zagreb and the place where everyone converges, regardless of the route through the city. It is named after a 19th century viceroy who led his troops into battle, which they lost spectacularly to the Austro-Hungarian Empire. In the adjacencies there are beautiful cafes and restaurants where you can eat the best of the gastronomy of the city, especially a delicious coffee or a rich sausage, everything is adorned with the most spectacular city spectacle that can be observed, from the passage of trams, citizens involved in the daily life of flower vendors. 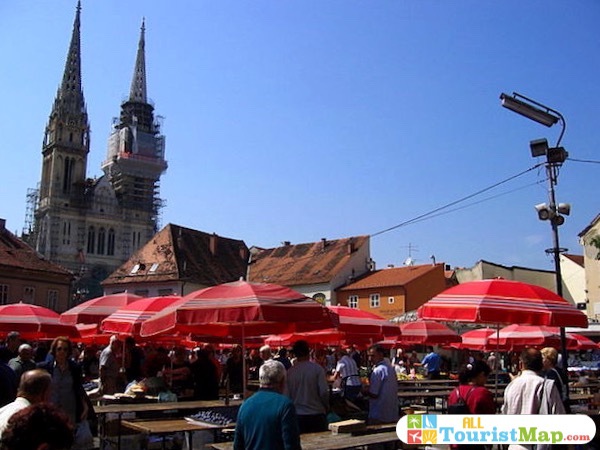 The Dolac Market is the traditional and picturesque place where you can buy the best quality fruits and vegetables in Zagreb. Founded in 1930 near the Trg Josipa Jelacica Square, it is a must for tourists and traders not only from the city but from many parts of Europe, who come here to buy the best food. There you can find not only fruits and vegetables, there are areas and stands where you can buy dairy products, but also very good quality meat and even beautiful flowers. There is a guided tour available at the site, called the “Gourmet Tour”, which not only discusses the products on sale, but is also an interesting experience to learn about Croatian culinary art. 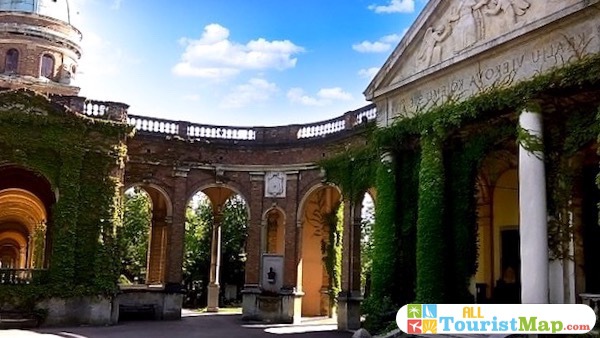 At the foot of Mount Medvednica and ten minutes by car from the centre of Zagreb is the Mirogoj Cemetery, which beyond its function as a cemetery, is a beautiful garden listed as one of the most beautiful in Europe. Built in 1876 by the Austrian architect Herman Bolle, it is a succession of porticoes and domes that resemble a fortress on the outside, and one of the places where you can find peace in the city on the inside, in the middle of a large garden lined with a variety of paths and sculptures, as well as beautifully designed tombs.

The Green Horseshoe is a beautiful site located in the so-called Lower Town, covering about three kilometers, which are the reflection of the imposing, beautiful and medieval Zagreb. This site is a U-shaped area, in which there are a number of parks, gardens and tree-lined paths.  During the entire tour you can see buildings that date back to the time of the Austro-Hungarian Empire. Among the most outstanding for their imposing and beauty are the Art Pavilion, the enormous Railway Station and the spectacular Croatian National Theatre. 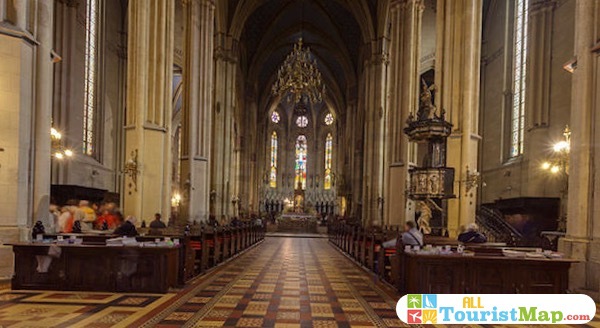 Zagreb’s cathedral is the most important symbol of Kaptol, an area that is part of the so-called old town in the Croatian capital. It’s a building of 108 meters high, made in Gothic style, whose towers stand out from any part of the city. It was a religious temple built in 1093 to honor St. Stephen, St. Ladislaus and the Assumption of Mary. But it was remodeled due to a number of lootings, invasions and earthquakes that it suffered throughout its history and today is only a version built in the nineteenth century, different from the original construction. 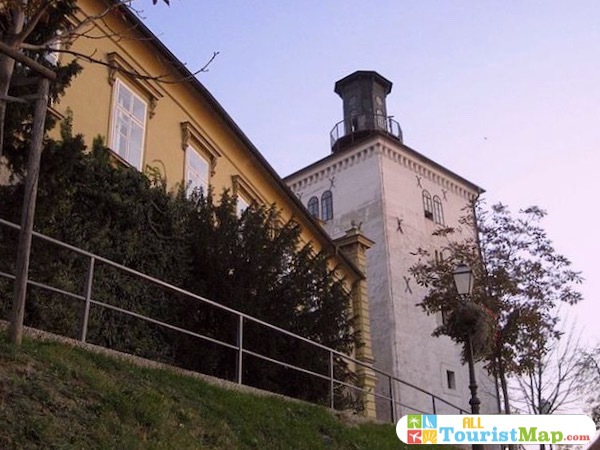 The Lotrscak Tower is an old building that measures 66 meters, dating from the thirteenth century and was part of the defensive wall of the city, which was raised by the constant attacks of the Tatars. This tower was later converted into a prison and is now available to the public, as its facilities include a gallery and a shop where they sell art items. It is located in the sector known as the Old City or Gradej, next to the funicular. Its name is the translation of bells, like the ones in the bell tower at the top of the tower and that in 1646 were placed to sound them at the time of closing the doors of the city. In this tower there is a tradition that has been fulfilled since 1877, every day at noon, punctually at 12:00 p.m. a cannon shot is fired that tells the city the time.

The Zagreb Botanical Garden, located in the Green Horseshoe, is one of the most beautiful and comforting places in the middle of the city. Visitors can observe about ten thousand botanical species. This botanical garden was founded in 1889 as a landscape garden. It has five hectares in which there are a variety of greenhouses, among which the samples of tropical and subtropical plants, which need warm climates, stand out. The entrance to this site is free since it is part of the university facilities and the house of studies uses it for scientific research. 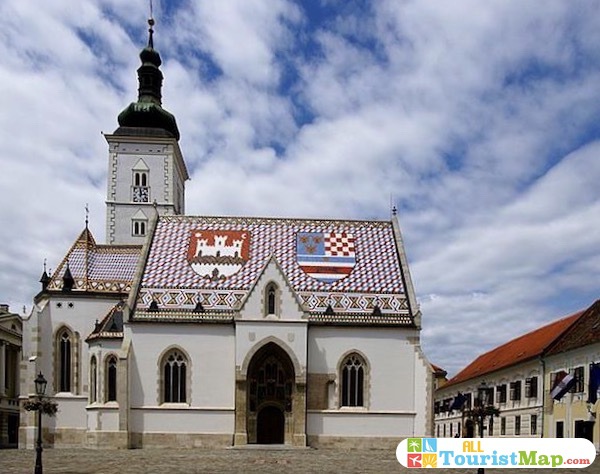 The Church of San Marcos, located in the Plaza San Marcos in the area known as the old city, is one of the oldest buildings that underwent renovations throughout its history. It was initially built in the 13th century in a Romanesque style and its architecture shows it in some aspects such as the porticos. But, in the 16th century it was rebuilt and its architectural style changed to Gothic. Its structure consists of fifteen effigies placed in eleven surface niches. In the upper part are the statues of Joseph and Mary with the baby Jesus, and at the bottom you can see those of St. Mark and the lion. There are also statues of the Twelve Apostles at the entrance. This is one of the most relevant Gothic buildings in Central Europe.

During a trip to Zagreb, users have a number of options for accommodation, among which the area known as the Old City stands out most, as it has the best access to historical sites. The Donji Grad area is also a good option, since it covers the areas between the train station and the central square and it is precisely in that perimeter where several of the best hotels and the most beautiful gardens of the city are located. Nearby is also the center of Zagreb, north of the central square, which gives easy access to the most interesting tourist sites. The average price of accommodation in hotels ranges from 100 to 150 euros per room, per night.