If there’s one jewel hidden in Europe, it’s Croatia. It is not one of the largest countries on the continent, nor one of the most media-friendly, and it only declared its independence in 1991. However, it is one of the most beautiful thanks to its privileged geographical position and one of the most interesting to visit for its precious culture. Croatia is in the south of Central Europe, and has 31,067 km² of coastline bathed by the waters of the Adriatic Sea. The 4.284.889 Croatian territory extends over the 56.578 km² of the country that includes the vast Pannonian plain through a narrow area of the Dinaric mountain to the Adriatic sea.

For this reason, the country enjoys a moderate continental climate. And, towards the coast, the Mediterranean climate. There are more than 1,200 islands, reefs, bays and peninsulas along its coasts. Towards the lands of the Pannonian plain there is a growing agricultural production. On the other hand, on the Adriatic coast fishing and tourism are developing. Croatia’s beaches are beautiful thanks to their many varieties of blue, so the tourism sector has found an important niche for development in the region. Moreover, according to the European Environment Agency survey conducted in 2010, the Croatian coast has the second purest sea in Europe. But this is not the only thing Croatia has to offer in terms of nature tourism. In the Dinaric mountain area, it has joined the traditional industries of forestry and livestock farming, rural and winter tourism. The climate is characterized by dry and hot summers and moderately cold winters. 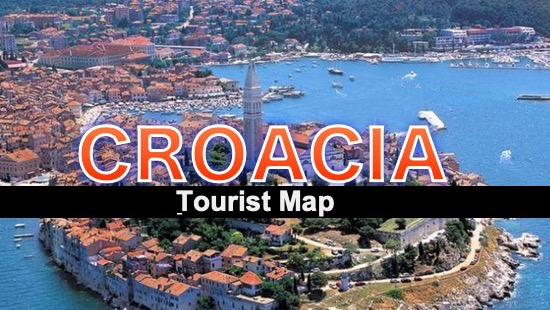 In addition to the natural beauties, the rich historical and cultural heritage of the Croatian people is also evident. Although, as an independent country, it has existed since 1991, in reality, the country has a historical background as old as the Stone Age. In fact, nationals often say that the cultural heritage is preserved thanks to the continuous layers of human occupation of these lands. Many customs and traditions are very old and come back transformed or revived in the present. For example, the Greeks, the Romans and the Illyrians passed through and left their mark there. And on less distant dates the Ottoman Empire and the Austro-Hungarian State. All of them added their own culture as they arrived and left, so that in many ways an intertwining of Eastern and Western traditions survives, constituting a single exceptional and unique culture in the world. Of those times, many of the monuments and buildings today are UNESCO’s protected heritage. For example, the Diocletian’s palace in Dividir, the cities of Trogir and Dubrovnik, the Euphrasius basilica in Porec and the Cathedral of St. James in Sibenik.

Zagreb is the capital of Croatia and the most representative of this nation’s style. Its unmistakable Austro-Hungarian architecture, the natural parks, the delicious streets, attract thousands of tourists annually. Moreover, you should not leave out to enjoy the city in any of the cafes and restaurants of the city that offer a wonderful gastronomy. Another interesting itinerary is to visit the historical area of Zagreb in the upper part of the city. In any case, the tour can be done by bicycle.

If Vara`din gets the nickname “baroque jewel of the continent” it is not free. Located in mainland Croatia, it is one of the most picturesque and best preserved villages. The natural spaces and baroque buildings welcome and recreate the view of visitors. In addition, its beautiful and organized nature and integrated with the urban landscape give Vara`din one more advantage, the summers are fresh and pleasant. For this reason, every year the city hosts different cultural and artistic festivals such as dance, theatre and music.

The largest peninsula on the Croatian west coast is called Istria. This is where the city of Rovinj is located, which is characterized by continuous sunny days, as well as a pleasant climate in summer and not too cold in winter. In this city there is a thriving fishing, agricultural and wine industry, as well as tourism. On the other hand, there are interesting tourist places such as the magnificent forest park of Zlatni Rat, the protected islands of the area, as well as the Church of Saint Eufemia, its narrow and picturesque streets and romantic balconies. Just like Venice, the houses reach the seashore, so from the sea it offers a colourful spectacle during the day in which the profile of the church and its bell tower stand out.

The city of Zadar is located in the largest tourist region of Croatia: Dalmatia. 3,000 years of history support the historical tradition of this city, which is located on the central part of the Croatian coast. Thanks to dozens of islands off the coast, Zadar’s beaches are protected from the open sea, so the waves are gentle and moderate, ideal for families with children. The places of interest are mostly religious, such as the monumental Church of St. Donatus, built in the early Middle Ages; the majestic cathedral of Zadar in Romanesque and Gothic style; the Church of St. Kersevan, built around the 10th century in Romanesque style under the patronage of Zadar’s patron, St. Kersevan. Also not to be missed are the Roman Forum and the remains of the city walls, which come from different periods: Roman, medieval and 16th century.

Split’s tourist industry, located in Dalmatia, has had a sustained growth during the last decade. This is due to the great offer of activities and places of interest that this city has, the second largest in Croatia in number of inhabitants. The strength of Split is its beaches and the impressive Diocletian’s Palace, built under the orders of this Roman emperor in the sixth century. Nowadays, you can find inside its white walls shops, bars, hotels and other commercial premises. But Split also has beautiful beaches that can be enjoyed by sun and sea-loving swimmers.